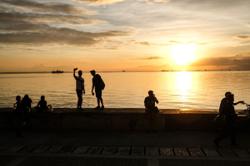 TECHNOLOGY plays a vital role in our everyday lives, more so now amid the ever-present Covid-19.

With most of us housebound to help limit the spread of the disease, the Internet has become a prime source of information for society.

Social media in particular is helpful in supplying details that can help us better cope with day-to-day living.

In fact, the White Flag movement has a digital version now; (kitajaga.co) the public can put up virtual white flags to alert others that they need aid, and those who want to help can respond easily through the website.

However, with social media being such an integral part of our lives, there is growing concern over the veracity of information conveyed via virtual platforms.

Although many people are aware of this, a great deal of readers or viewers do not bother to check the information available online to see if there is any truth to it.

One major concern is misinformation surrounding Covid-19 and the vaccine that creates unnecessary fear among the populace and heightens the battle against the pandemic.

Case in point: The message that made its rounds on social media in May, where an unidentified person, through an audio recording, claimed that Covid-19 vaccines were poisonous and had led to the deaths of 40 nurses who had taken their shots.

Prior to this, there were claims that infrared thermometers, used to scan people when entering premises, were causing brain injuries.

Then there are graphic ones. I remember receiving a horrific video of bodies with a message claiming that the vaccines were responsible for the deaths.

While some can quite easily be dismissed as fake, others may be believable, especially with regard to emergence of new clusters or cases.

Several businesses have suffered great losses due to fake news as people tend to avoid buying food or groceries from certain “high”risk” areas.

A restaurant owner in Taman Daya, Kow Teck Phing, 55, said he suffered a 15% drop in sales after talk on dozens of positive Covid-19 cases detected near his shop spread on social media in October last year.

“Two positive cases were reported at a private clinic in the area, but the stories being spread were untrue.

“As a result, I lost many customers even though dine in was allowed at that time,” he said.

In early 2020, numerous false information was spread. All claimed that there were positive cases when in fact there were none in the country until Jan 25.

As a journalist, fact-checking information circulating on social media is somewhat of a routine task.

I have at times called the authorities over and over again, at the risk of being annoying, just to check on videos that had gone viral online.

All it takes is one click and within minutes, unverified information can reach thousands.

This can easily be avoided if enough people check the facts before sharing.

Evidently, this seems to be onerous for most, especially when the information is accompanied by visuals, with the words “according to research”, to appeal to the more sceptical among us.

The Malaysian Communications and Multimedia Commission (MCMC) has provided a fact-checking portal (Sebenarnya.my) where the public can verify information they see online.

In fact, most government agencies such as the Health Ministry and National Security Council have also been playing active roles in combating misinformation via their official social media platforms.

However, more can be done to curb fake information.

Despite having access to authorities as a journalist, attempts to get verification of the authenticity of information can sometimes fail.

Once in a while the response is too late as by the time we acquire adequate information to debunk a post, it has already reached many.

I hope we will all do the responsible thing by checking the source of our information — before putting it out for the world to absorb.

We have been told that the success of containing the pandemic depends on adherence to the standard operating procedure.

The same logic applies to stopping the spread of misinformation.

It needs to be a collective effort by all parties. 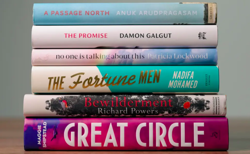