The old man and his driving licence

TODAY I am revisiting a concern which I wrote about two years ago: elderly drivers becoming road menaces.

This concern recently became a hot topic after Bukit Aman traffic investigation and enforcement department director Datuk Azisman Alias proposed on Sept 24 that senior citizens should be doctor-certified as physically fit to drive and the renewal period on their driving licences be shortened.

Currently, motorists can renew their permits for up to five years.

Azisman was quoted as saying that a high number of traffic accidents on the road was due to the health conditions of elderly motorists. However, he did not provide any statistics on this claim.

For this, we can look at other countries facing the same issue and see how this impacts their road safety.As I wrote in my Feb 27, 2019, column, while elderly drivers have the lowest crash rates of all age groups in Malaysia, it is not so in developed countries with a sizable ageing population (“Pressing problem of older drivers”, The Star; online at bit.ly/star_press).

I quoted a 2011 Carnegie Mellon University study that showed in the United States, the fatality rate for drivers over 85 years old is four times higher than for teenagers, usually believed to be the most reckless category of drivers.

In Britain, there was a 31% increase in casualties from crashes caused by slow vehicles in 2017. The “culprits” were cautious old motorists who hogged the middle lane.And in Japan, in 2019, drivers aged 75 or older caused 401 fatal traffic accidents, or 14.4% of the national total. Accidents caused by elderly motorists who jump kerbs and crash into crowds are almost always due to the driver hitting the accelerator pedal instead of the brake pedal. This is what the Japanese police call a “pressing problem”.My 2019 column was prompted by the late Prince Philip’s accident on Jan 17 of that year which resulted in him giving up his driving licence at the age of 97. He was coming out of Sandringham estate in England when he hit a car with two women and a nine-month-old baby. His Land Rover overturned but he was unhurt while the women sustained minor injuries.

In that same year, another accident occurred on the other side of the globe involving an 87-year-old driver. This tragically killed a woman and her young daughter.

On April 19, 2019, Kozo Iizuka, instead of braking and stopping at a red light, mistakenly pressed the accelerator pedal, causing his car to crash into bicycle-riding Mana Matsunaga, 31, and her three-year-old daughter Riko on the crosswalk in Ikebukuro district of Tokyo. Nine others were injured.

Iizuka was found guilty of negligence by the Tokyo District Court and was sentenced to five years’ imprisonment on Sept 2, 2021.

In July 2019, a similar accident occurred in Seremban. An 82-year-old man apparently stepped on his accelerator pedal by mistake and rammed his car into a restaurant. Fortunately, no one was hurt.

A more recent case took place in October last year and it involved a 73-year-old man who, after getting lost, drove against the traffic flow on the Kemuning-Shah Alam Expressway and caused two accidents that resulted in injuries.

To most people, these are perhaps just random incidents and in the ensuing debate after Azisman’s proposals, the naysayers, especially senior citizens, argue that more accidents are caused by inexperienced young drivers and that there are other more important issues to worry about such as driving under the influence of drugs or alcohol.

Indeed, studies, including one by Universiti Tun Hussein Onn titled “Driving Behaviour of Elderly Drivers in Malaysia”, show that older drivers have strong basic driving skills and experience. They also self-regulate by driving short distances, avoiding rush hours and not driving at night.But there is no denying that ageing eyes are more vulnerable to bright light, which can affect depth and colour perception and peripheral vision, which was what happened in Prince Philip’s case.

Many elderly drivers are also on medication, which could affect their driving ability without them realising it. Even without medication, older drivers can suffer from slower reflexes and lower alertness.

My family witnessed that decline in my dad. He had an impeccable driving record for more than 60 years but by the time he was in his early 80s, his driving had become erratic and dangerous.

Dad’s diminished driving ability was confirmed in a 2018 German study which found that about eight in 10 drivers aged 65 to 75 were likely to lose control of their cars and veer off the road if they attempted to multitask while driving, which is now a common thing with us being so dependent on our handphones and digital route maps.

At present, I am still confident of my driving skills. But there will come a time, perhaps in 10 to 15 years, when I will be like Dad – a possible road hazard.

So I agree with Azisman’s concern even though Inspector-General of Police Datuk Seri Acryl Sani Abdullah said the proposals were merely a “personal suggestion” by the former (“IGP: Call to limit driving licence issuance to senior citizens is personal opinion of Bukit Aman Traffic director”, The Star, Sept 25; online at bit.ly/star_opinion).But I really think our police should make the personal suggestion a concrete agenda as the number of Malaysians above 60 will double by 2030. Already, insurance companies have taken note and are imposing extra conditions on drivers above 65.The police can take a leaf from their Japanese counterpart’s book. The horrific Ikebukuro accident sparked a national debate and Japan’s National Police Agency (NPA) appointed a panel of experts to propose preventive measures.

According to The Japan Times, the panel took eight months to come up with its proposals, which included requiring drivers aged 75 and above to pass skill tests to get their licences renewed. A June 2020 revised law mandates a new type of licence for holders who can only drive vehicles equipped with safety support systems such as automatic braking.

This is, of course, possible in a developed nation like Japan whose car manufacturers like Toyota, Subaru and Nissan are already redesigning their vehicles with elderly drivers in mind by incorporating artificial intelligence with high-resolution cameras, sensors and bumper-mounted radar to detect oncoming vehicles or pedestrians as well as alert the driver to stay in his/her lane. If drivers fail to respond to the alert, automatic braking kicks in.

Nissan expects to have at least 20 such smart models in 20 markets globally by the end of 2023. Hopefully, Malaysia is one of them.

If not, our government can consider making it mandatory for new cars to be so equipped in the same way seat belts, third brake lights and airbags are standard in almost all vehicles nowadays.

At the same time, much more must be done to allow the elderly, who are no longer able to drive, to still travel and stay mobile. That means a much better and affordable public transport system for the aged and the disabled.I hope our police or government won’t wait till a terrible tragedy like the Ikebukuro accident happens before they decide to take action.

In addition to supervising their licences, conducting driving class sessions and undergoing a medical examination, the Universiti Tun Hussein Onn study recommended providing older drivers with priority lanes, special parking areas and car stickers (like the “Baby on Board” ones I suppose).

Interestingly, The Japan Times reported that after the Ikebukuro accident, the number of older people who gave up driving for good soared. According to the NPA, 350,428 people aged 75 and above surrendered their driving licences in 2019, the highest on record.

I, like many senior citizens, have been driving safely and responsibly for many decades (almost 45 years for me) and am proud of it. But I also wish to reiterate what I wrote two years ago: While I want to keep driving for as long as possible, the thought of me maiming or killing someone because I cannot differentiate between my accelerator and brake pedals chills me.

I believe the unfortunate Iizuka, who was a former high-ranking government bureaucrat, too had an unblemished driving record until that fateful day in 2019. How terrible it must be for him to kill two people with his car at the age of 87 and go to prison in his twilight years.God forbid it happens to me. So the moment I know – or am told by my family members – that I have become a menace behind the steering wheel, I will kiss my driving licence goodbye. 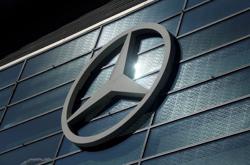 The frenzy around Dr M’s health Premium
Johor elections: A wasteful risk to public health?
The importance of the BRI Forum for international cooperation
Let the voices of youths be heard
Reunion hopes dashed
Sharing the good fortune of fertility
Bringing it on in Johor
Spike in tall tales
Protect our children with vaccination
Stop suppressing our best athletes