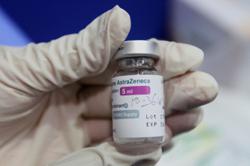 I read with interest your views on circumcision in your last article and would like to express my own experience several years ago.

I underwent the procedure as my foreskin was too tight and difficult to retract. I was also getting regular infections and was advised to do it for better hygiene and to reduce the possibility of infections.

The operation, although not done by a specialist, was initially fine but the experience afterwards was horrific.

First of all, there was bleeding when I removed the dressing after the operation.

Part of the problem was the spontaneous erections I was getting, which were unfortunately beyond my control.

Because there was bleeding, clots started to form and the stitches fell apart.

The wound then became infected which then required more stitching and an extended course of antibiotics.

Although everything has healed, there is now an unsightly "band" across my penis. I also think this has numbed my penis.

Are such complications common after circumcisions?

Although I am grateful my botched procedure was not serious, I read about two boys who lost their penises in botched circumcisions.

Could Dr G highlight the risks of undergoing circumcision or can these be brushed off?

The description of ritual circumcision dates back to ancient Egypt and is even mentioned in the Old Testament. It is estimated that one-third of the entire male population is circumcised, making this the oldest and most commonly performed surgical procedure ever.

With such a track record, the procedure is considered safe and carries a very low overall complication rate. Most complications can be managed easily, but long-term issues due to circumcision represent a significant percentage of cases seen by specialists.

Medical literature has reported numerous benefits of circumcision that outweigh its risks. These include prevention of urinary tract infections, decreased risk of penile cancer and reduction of HIV transmission.

However, like any other operation, the risks need to be considered and not ignored.

Medical publications demonstrate that early post-operative issues such as pain, bleeding and infections, can range from 0.2% to 6%. These can generally be treated without long-term complications. Evidence also suggests delayed treatment can lead to more serious issues in the future.

Late complications tend to be associated with operations performed in unregulated practices with poor facilities. The complications include excessive skin removal, suture sinus, skin adhesion, abnormal scarring and loss of sensation. More serious complications such as necrosis of the penis requiring amputation have also been reported.

In Malaysia, it is absolutely tragic that back in 2017, the two boys lost their penises after circumcisions. In the first case, a nine-year-old boy's glans penis was completely severed and in the second incident, a 10-year-old boy was injured during laser circumcision. Although partial or complete amputation of the penis is rare, these have been documented in medical literature.

Re-attachment of the glans penis is often complex for adults but in a paediatric setting, the reattachment of minute penile vessels and the nerves can be near impossible.

Although the reproductive function of the child is preserved, the psychological and physical consequences can be immense. The reattached penis may be deformed, shortened and sensitivity for normal sexual functions depleted. The outcome of the external genitalia following puberty is also unpredictable!

There are centuries of experience in the simple task of removing the foreskin. The evidence clearly supports circumcision is much safer if carried out in a proper hospital operative environment. Dr G's response to avoid a botched job is to "simply treat any affairs of the manhood worthy of anxiety and above all, worthy of the care of professionals"! 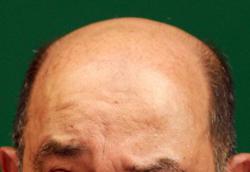 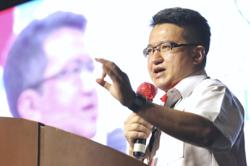