The baywatch tower at Batu Ferringhi beach has been continuously bashed by strong waves to the point that its foundation has eroded. — Filepic

WITH the 15th General Election (GE15) done and dusted, all eyes will now be on the Penang state election next year.

Can the Pakatan Harapan-led administration return for a fourth term? 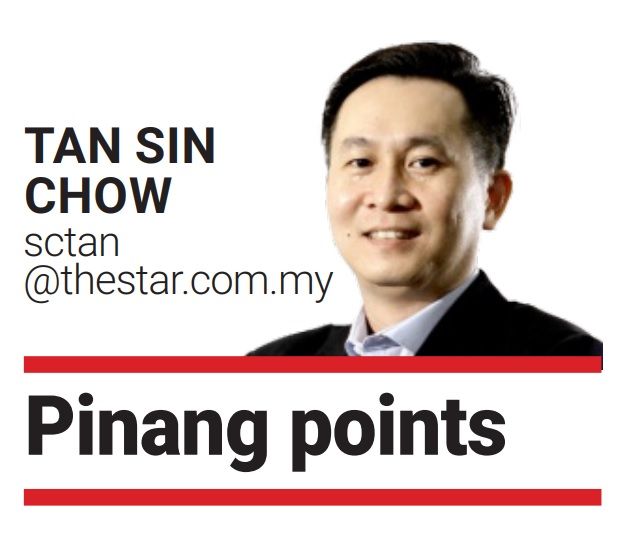 Will it be another convincing victory for Pakatan which won 37 out of the 40 state seats in GE14?

Pakatan now controls only 33 seats as four Bersatu assemblymen have joined the Opposition bloc in Penang.

Here’s what we can expect:

Barring unforeseen political twists, the strength of Pakatan alone will be good enough for the coalition to be returned for a fourth term.

Plus, given Barisan’s well-established election machinery in Penang, joining forces with Pakatan might not go down well with Barisan grassroots.

Besides Penang, there are the Kedah, Kelantan, Trengganu, Selangor and Negri Sembilan state elections to be factored in.

Perhaps, in the shared interest of crushing the “common enemy” – Perikatan – Penang Pakatan may need to share the two-thirds majority with Barisan.

This sounds more realistic, but only time will tell.

Perikatan set for another strong run

Hardly anybody thought Perikatan had a ghost of a chance after its dismal outing in the Johor and Melaka state elections.

But Perikatan did admirably well in GE15 in Penang, winning three parliamentary seats and emerging second in nine seats .

The only seat where its candidate finished third was the Tanjong constituency, which is mostly George Town.

This can spell trouble for either Pakatan or Barisan.

It looks like Perikatan is not to be discounted in the coming Penang election.

Yacoob Bebas (Mohamed Yacoob Mohamed Noor) stood as an Independent in the Jelutong parliamentary seat for GE15 and lost his deposit for the third time after securing only 480 votes.

Previously, he had dismal outings in 2018 and 2013 when he contested the Sungai Pinang state seat.

In GE15, other notable names who lost their deposits were Parti Rakyat Malaysia’s Teh Yee Cheu and Warisan’s Jeff Ooi and Ong Chin Wen.

All of them used to be elected representatives, with Teh and Ooi under DAP and Ong under PKR previously.

Thirty out of 58 GE15 candidates in Penang, including seven from Barisan and four from Perikatan, lost their deposits.

The root of Penang’s biggest problems invariably lies with its lack of land and natural resources, compounded by rapid development.

PBAPP announced the next morning that it was aborting its valve replacement work and would restore water supply by noon.

Just two days before this incident, the Perak mentri besar repeated his previous statement that Perak could not afford to sell raw water to Penang because the former was fast becoming an industrialised state and needed to keep its water resources for its immediate stakeholders.

Without the Perak raw water deal, seawater desalination, which will be costly, seems to be the only solution.

This will be a pain particularly for the industrial sector because factories making semi-conductors and computer chips need a lot of water for their operations.

Penang produces a large amount of poultry, eggs and pork but urbanisation has led to modern homes being built only about 200m from such farms, eroding the quality of life for residents.

Penang Chief Minister Chow Kon Yeow visited a gated community in Valdor on mainland Penang shortly after GE15 to assure residents that hi-tech solutions were being implemented to ensure that organic and odour pollution caused by the nearby farms would be contained sometime next year.

He is aware those residents have been suffering for more than 10 years.

However, the farms have been there for over 60 years.

Then there is short-term accommodation, commonly called “Airbnb”, mushrooming all around Penang’s high-rise residences.

Next year will see local council guidelines formed to strike a balance between demand for this type of short-term rentals and the well-being of residents living there.

From Batu Ferringhi to Tanjung Bungah, there is beach erosion although we are told the state has conducted trials to fortify these beaches from below the surface and is monitoring the results.

Holiday jams are worsening because there is no land for road expansion.

There’s conflict stemming from locals unhappy with foreign workers living in their apartment blocks, even those deemed somewhat upmarket.

Some have taken to staging small demonstrations on the apartment grounds.

Penang has too many problems to list here. If enough people are affected by them, the surge of protest votes can be high.

After the “green tsunami” of GE15, it has become hard to anticipate how Penang residents will vote in the state election that must be called by August next year.