A kind act, a world of blessings 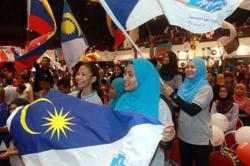 I WOULD like to start this new year off positively for the nation by sharing one of the kindest acts I have ever heard of.

The kind act that cut across racial and religious divides benefited so many people, including me. It also illustrates the idea that the height of spirituality is not building great houses of worship or spending billions to fund a government religious department; that spirituality can be exemplified by a simple act of kindness that knows no bounds of geography, politics or religion.

This is my story about one of my spirituality teachers, Brother Phap Dung, a Buddhist monk based in Plum Village, France.

I love listening to the teachings of other faiths, even though I am a committed and practising Muslim. I have read enough and thought enough to know that spirituality is more than the clothes you wear, the rituals one practises or the identity one attaches to oneself. As an academic, I came to my faith through a critical thinking process, not through cultural acceptance, or blindly accepting education, or economic forces.

One of the speakers on YouTube that I love listening to is Brother Phap Dung. Before him, I used to listen to Ajahm Brahm, who is also a great speaker and teacher of Buddhist thoughts and of practices for everyone to live by, not as Buddhists but as people searching for peace and balance in their lives.

Ajahm Brahm is an Englishman who lives in Britain; he trained as a physicist but found his true calling at a young age. Phap Dung, who originally hailed from Vietnam, trained in the United States as an architect, like me, before he found a different calling.

Both have an easy-going way and softness of speaking that my mind and soul find attractive. Unlike other religious speakers who shout and condemn others, these two simply ask listeners to have compassion, understanding and kindness for others while creating a simple framework for self-evaluation of life habits, thoughts and perspectives.

I read online that Brother Phap Dung has done much to make people in the United States and Europe aware of Buddhist teachings. I have benefited a lot from his teachings and I consider this man one of the great gifts to humankind in his and my time.

So what’s this kind act I mentioned earlier that should be an example we should all contemplate on this new year and years beyond? It arose from the story of how Brother Phap Dung escaped from war-torn Vietnam one night on a boat with his three siblings and parents.

The family made it to Hong Kong where they ended up in a refugee camp. Brother Phap Dung told how he used to play in the camp as a child of six. The family had to keep to one small mat, surrounded by hundreds of others, in a warehouse while waiting for a “sponsor” from the United States willing to take them in.

The day came when a Christian family from the state of Oregon became their sponsor and the family emigrated to the United States. The Oregon family had bought a house and filled the place with food, furniture and toys.

Brother Phap Dung told how he and his siblings were amazed at how much food there was in the kitchen and how many toys there were in the bedrooms. He was also surprised that each child had his or her own room. But the whole family ended up sleeping in the parents’ room as they were all still young and frightened as they began their new lives.

Brother Phap Dung eventually graduated from high school and then from a university with an architectural degree. He was fully Americanised in his cultural and political perspectives but his roots somehow pulled him back when he was searching for peace of mind from the hustle and bustle of a modern career while chasing the American Dream.

The story of how a Christian family sponsored a house and everything needed for a new life for a family from a different culture and faith from them touched me deeply. Because of their kind act, I would eventually benefit from the wisdom of a man explaining a 2,500-year-old teaching using modern examples, and even architectural ones a couple of times.

What are the lessons from this kind act we can learn for our lives in this country? Firstly, we must learn to look at and value individual lives as diamonds in the rough, to be polished and nurtured so that they become lights of hope, inspiration and change for the better in this world.

Secondly, we must look beyond our own religious, racial and political lenses and trust that kindness and compassion are more important than government and institutionalised educational polices in bringing meaning to our lives.

Finally, to the hundreds of thousands of refugees in our own country, we must rethink how each and every one of them – especially the children – is deserving of a good life that would not only benefit them but would also benefit us as individuals and as the host country.

Anyway, with the looming climate crisis, who knows, soon it could be us living in cold and damp refugee camps waiting for a sponsor to light a candle of hope for our children.

Let us begin the new year with a kind act that cuts across religious, cultural and educational divides, an act that will eventually come back to save us in this world and perhaps also in the next. 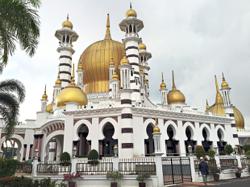