The very British author made a huge impact on one Malay-Muslim teenager in Malaysia.

I PROMISED myself that, one day, I would write a personal tribute to my all-time favourite author, Enid Blyton (1897-1968). This British writer shaped my values and soul at an early age, and much of who I am and what I stand for presently, I attribute to her influence.

Her stories filled my teen years, and when unravelling my emotions and thoughts about them for this piece, I found myself also reflecting upon the current social, cultural and environmental state of this nation.

The Five Find-Outers Mystery Series features Fatty (political correctness was not a thing back then!), Larry, Daisy, Pip and Bets, children who are very much a product of the British middle class. It was this series that made me imagine what an English community was like.

The characters cycle and walk to shops and nearby woods, attend community theatre shows and have picnics almost everywhere they go. How different their environment is from the glut of undifferentiated concrete housing in Malaysian suburbs with rarely a forest nearby!

I feel sad that my grandchildren won’t experience the kind of lifestyle that allows walking safely everywhere and having casual picnics whenever they like.

Years after reading Blyton, I came to appreciate the principles of the Garden City movement and the Picturesque Style of architecture.

Another of Blyton’s adventure series showed me a wider world in the West beyond the borders of Britain. The Adventure Series with Jack, Phillip, Lucy-Ann and Diana dealt with events in foreign countries with foreign villains and helpers. Stolen treasures and artworks hidden in rivers, mountains and tunnels took me on an imaginative rollercoaster of different landscapes and cultures. Blyton, I had heard, was careful not to use completely real cultures for fear of offending any race or faith.

The Barney Mystery Series features siblings Roger and Diana and their cousin “Snubby” who make friends with circus boy Barney during their school holidays and have adventures in the different villages and seaside towns they visit. This is the series that introduced me to the heritage of villages and buildings. They were all fictitious, of course, but I was enthralled by names such as Rub-a Dub Inn, the Rat-a-Tat House and, my all-time favourite, the Ring O’ Bells Village.

Another British children’s author, Malcolm Saville (1901-1982), who wrote the Lone Pine series, also loved to place stories in heritage towns and villages. It made me wonder why these authors disliked modern cities.

Years later, after an architectural education and while living next to Cheras, Selangor, I now understand why. Even storied heritage towns and cities like Taiping in Perak and Melaka City have been transformed from living history into almost zombie-like modernised places.

The Famous Five and the Sea Adventure Series also placed their stories in Britain’s rural and semi-rural landscapes. As I read descriptions of plants, hills and trees, much of which was preserved, I marvelled at the respect people seemed to have for their landscapes.

Presently, I follow the real-life adventures of young Abbie Barnes – she’s 19 – founder and director of Spend More Time In The Wild (spendmoretimeinthewild.co.uk), who hikes the hundreds of walking trails Britain has.

Through her videos, I have discovered beautiful landscapes of hills, moors and highlands that are not only food for the soul but also money in the bank for farm and lodge owners.

I can’t find a single medium-rise modern building in all the short films she makes as she traverses forests, villages and rivers.

This is why I am saddened by this nation’s policymakers who can only see how to earn quick commercial ringgit from our fast-disappearing ancient forests.

The Quran contains many verses extolling the miracle of nature that God created. With rapid and unthinking industrialisation and urbanisation, God’s handiwork is disappearing. Mosques, churches and temples are not the true testimony of God’s presence, they are but a reflection of man’s vanity.

The school series like The Naughtiest Girl, St Clare’s and Malory Towers taught me a great deal about the evils of human nature. Many spiteful actions of greed and selfishness made me cringe and vow never to reproduce them in my life. I think Blyton’s books in this series are adequate for moral studies in Malaysia! I once actually suggested this to a Parent-Teacher Association committee but I was ignored as Blyton’s works are considered a “religious trap”.

The first is about four sickly children being sent from London to spend time on a farm to heal. There they meet the “wild man” who teaches them the ways of the animal world and the woods. I used to marvel at the love and kindness shown to animals that make them clearly a part of the human family – so different from present education perspectives that treat them as biological entities useful only for economic production.

House-at-the-Corner is about how the children of an upper-class family have to help out when their doctor father is hurt and money gets tight.

When I remember reading about the children’s perseverance and hard work and how they eventually pull together as a family, it makes me think of how much like a family a nation is, and how we could all learn something about working together from these children.

The Children of Green Meadows tells an endearing story of a family living in the large if ramshackle Green Meadows house who look after a menagerie of animals. The animal’s owners have had to give them up after moving into a nearby new block of flats where pets are not allowed.

The kindness of children taking care of pets that have been forbidden from living in modern housing touched me deeply and gave me a real definition of compassion for all living creatures.

No amount of religious, scientific and economic education could ever produce such powerful messages about values like caring, kindness and sacrifice that Blyton’s mind created.

As I reflected on my own children’s education in our schools and later on in university, I felt a tinge of sadness that their curriculum couldn’t impress upon them values of kindness, morality and spiritual strength that Blyton was able to powerfully impart to me, a teenage Malay, Muslim boy.

I made sure all my children read Blyton’s works but I do not know whether my three grandchildren will ever do so.

Our educators, unfortunately, have their minds trapped in the small boxes of religion, politics and race and seem unable to appreciate the wonderful works of an “other” from a different race and religion that impart important lessons of humanity.

For me, Enid Blyton completed my education in the realm of social acceptance, political justice and spiritual compassion for all. Thank you so much, my dearest Enid. 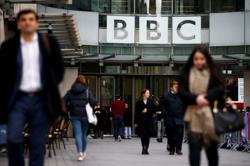 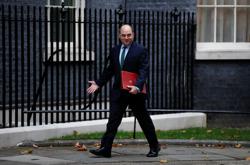