Emphasising arts to save our future

Art is the mother of creativity, not Science. Science is merely the tool of Art.

IN today’s column I will attempt to argue that one way we can support nationhood is to reposition the arts as what they truly are: an endeavour of self-discovery, experience and cultural sharing, and a road towards intuitive creation.

There has been too much emphasis on “science” or – excuse me for saying so – pseudo-science in our education system.

Our children grow up with science as an imitative practice, with an unclear idea of what it really is, a driving and soulful construct to dissect the world.

Our education system has also produced adults in positions of authority who know next to nothing about the civilisational building power of ideas and thoughts contained in the arts. Apparently, to them, the arts are for those who can’t do science.

Well, I remember one distinguished professor of anthropology at a local university who told me: “If you can’t handle the arts, then you do the science!”

The arts require original thought and ideas. Pseudo science in Malaysia’s curriculum only requires memorising set formulas and plugging in numbers with principles and technological constructs already packaged for the students. Not much room to think and question, just memorise and follow the steps.

At the University of Wisconsin-Green Bay (UWGB) in the United States, I took two semesters of Art History, a course in Design Methods, a course in Human Adjustment Psychology and one in Philosophy.

For Art History, I had to buy Gardner’s Art Through the Ages, a very thick hard-cover, folio-sized book that contains not only text describing paintings, sculpture and architecture but also pictures.

As a conservative Malay Muslim boy, I was astounded by the naked body drawings and sculptures in Greek and Renaissance art and was rooted by the sight of Edvard Munch’s Scream that seems to... well, actually scream in soulful anguish.

Picasso’s art took a bit of time to fathom until I read about the backdrop of wars and suffering he drew upon.

Salvador Dali’s Surrealism was my favourite as I contemplated the many meanings of a melting clock in an eerie landscape. The Impressionist paintings, with their thick brush strokes, seemed to shiver and move with bustling life.

I saw religious paintings of Jesus suffering on the cross as well as many scenes from the Bible. I had to buy a secondhand Bible and read the New Testament to understand the messages intended by the ancient masters.

In Human Adjustment Psychology, I began to struggle with the concept of ego, the falsity of the mind, and the behaviour of human beings across cultures in conditions of stress, anxiety and hope.

And I read Alvin Toffler’s Future Shock, that presciently predicted the upheaval of societies and governments when the Internet became the norm.

I read it 40 years ago (and it was written 50 years ago) and I have found many things Toffler said coming true right before my eyes.

Technology has the power to disrupt society until society decides what it really wants and then takes control of the power in technology. Many countries simply use technology, never questioning how it could – and does – reshape values and social constructs.

Without that sort of thought put into it, technology can cause chaos and disrupt community relationships and the concept of nationhood.

The Design Method class was taught by an architect and an artist. One day they walked in and said that next week, we were all to present a sculpture... the size of one city block! Three hours before class, in a freezing Wisconsin autumn, my girlfriend (presently my wife) and I were in a huge field in front of the studio, stringing toilet paper over six trees.

When review time came, all the students presented their city block-size sculptures in many creative ways that took much effort.

Then there was my friend Dave who was silent but calm and never answered our questions about his sculpture.

When it came time for him to present, Dave went up to the window, took out what looked like a business card with a square hole in the middle and pasted it on the window glass.

Everything within that square hole view was his city block sculpture! I remember swearing, “celaka punya budak! (damn this boy)Bloody hell.”

That incident taught me to never again take things literally but to examine everything within a larger – and not an inherited – construct.

My philosophy class was about one thing only, the idea of Beauty. The reference book required was 600 pages of Western philosophical thoughts on that one damn subject. Up till then, beauty to me was either a nice looking car, a beautiful landscape or a pretty girl.

However, philosophers like Aristotle, Plato, Plotinus, Kant, Hegel and many others defined Beauty as a kind of balance and proportion of living, concern, utility, and the sum of technology.

The arts, I discovered, was the perfection of technology formed for a purpose beyond just utility. I always thought that science was the father of invention, but that class showed me that “thought” is the real parent of creativity and invention.

Years later, when I transferred to the University of Wisconsin, Milwaukee, for my major in architecture, I read a speech by Frank Lloyd Wright, America’s greatest architect, in which he told a group of university vice-chancellors that “Only when you teach the combination of Arts, Religion and Science can you produce philosophy. All my great works come from a strong philosophy before the technology is applied to realise them”.

Those years in UWGB set me on a path to understand that Art is the mother of creativity, not Science.

Science is merely the tool of Art. Art helps me rethink problems in new perspectives, to “overturn” society with different implications of structures of economy and politics and put them all together into a philosophical construct that gives new breadth to old problems.

In this country, we place too much emphasis on some packaged idea of science to be imitated while stifling anything related to philosophy (sastera), the performing arts and creative acts.

We do not encourage our children and graduates to think outside and beyond but to imitate and repeat and to look at old problems from old and repeated perspectives.

The West has grown its wealth by placing the arts as an economic and political force while presenting science to the Third World to produce mindless automatons that become their factory production agents.

But it is not the fault of the West that we in Malaysia still have racial and religious flashpoints that are stoked by an economic model that would never rival the wealthy countries’.

Because we have an education system – that we keep rooted in the past – that produces people who just don’t know how to think 100 years into the future. 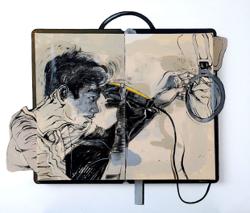 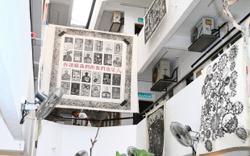 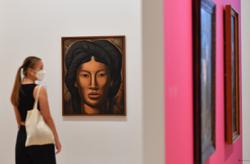