A new twist to MPU subjects

TODAY, I wish to propose a twist in the teaching of a category of subjects that some in both public and private universities have dismissed as “unimportant” – the Mata Pelajaran Pengajian Umum (MPU) or General Studies subjects.

MPU is supposed to produce graduates who appreciate, understand and work towards nation building in a harmonious and peaceful way.

Following discussions with my five children who have gone through MPU courses and judging from the statements of some graduates and generally their silence on many issues plaguing this country, I would hypothesise that the subjects have failed to achieve their objectives.

The Covid-19 pandemic has provided an opportunity to improve the implementation of MPU that could turn things around for Malaysia.

Recently, in view of the uncertainty over when the SPM and STPM results will be released due to the movement control order, the Malaysian Qualifications Agency said universities could give students conditional offers based on “the track records of their learning achievements and academic progression”.

The agency also said that while waiting for their SPM and STPM results, these students could only sign up for the MPU subjects and some elective ones.

This takes into account the possibility that their official exam grades are not good enough to allow them to continue with the courses for which they have received conditional offers.

Now, most students do not consider the MPU subjects as very important.

In many universities, grades are not given out for these subjects.

Students merely have to attend classes and do some group work.

Because all students have to go through the courses, the numbers to be taught are staggering.

For group work, each group normally consists of 10 students so that the lecturers do not have to assess hundreds of individuals.

Most of the time, students struggle to even complete these MPU courses because they focus on their major courses and try to spend the least time on these MPU subjects.

But now, the authorities say the students should start with the MPU subjects and some common electives, and hold off on Calculus or Advanced Geometry.

This means the students have all the time to spend on the MPU subjects. I call it heaven-sent because we can now experiment with making these subjects actually work towards nation building instead of treating them as an afterthought.

I suggest four changes in the management of the subjects so that the MPU can be our most important nation-building tool.

First, all 222 Members of Parliament must each give a two-hour talk at any public or private university once a year at their chosen time. This should be part of their non-negotiable KPIs (key performance indicators).

These talks must be moderated by senior professors of these universities and attended by the entire student population as one lecture module of the course.

There should be similar arrangements for members of the state assemblies.

In this way, the young students who will be voting two years or so from now can decide on issues and even their leaders in the next general election.

We passed the law to let youngsters of 18 to vote. So now we must give them guidance on making that decision.

Second, I wish to suggest that all professors must give at least one two-hour lecture that highlights how their respective fields contribute to the idea of shared responsibility.

For instance, the deteriorating environment is partly the result of apathy among all races. Everybody must see that he plays a role in determining the planet’s state of health.

We have 3,000 professors who spend their time mostly within their own areas of studies. They need to do more to build the conscience of future societies.

Third, the MPU courses should include forums with NGOs that reflect the diversity of views on issues of race, religion and politics so that the universities can be a leading battleground of ideas and constructs.

NGOs with hardline stands can be in the same forum as those that are considered moderate, for example.

This would position the university as the true forum of education in Malaysia rather than just a place for students to grab a degree or a factory churning out papers to polish the CVs of academics.

My fourth suggestion is for a clear selection and retraining process for the young lecturers of the MPU subjects.

I have met a few of these lecturers and I have found that they seldom attend important public forums or present papers on the subject of forging better relations among the citizenry.

These lecturers must be developed into mentors of Malaysians who show no preference to their own race, religion or political leanings but who instead accept all citizens as a brotherhood of the nation.

As I said in my previous article (The virus and the reboot button, April 14,2020), the Covid-19 pandemic has pushed the pause button and it is up to us to trigger a reboot of our lives rather than press the resume button.

We can make the MPU subjects better and more meaningful if we can think outside the box of “just a subject to pass”.

The MPU should be the key to a great and exciting journey to mature nationhood. 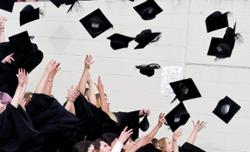 Our country belongs to our children