(From left) Actor Alfred Loh shares a light moment with director San Sooi during a rehearsal. Photo: The Star/SAM THAM

A play is in town and may just reflect the reality of recent political developments in Malaysia – if viewers want to imagine so.

ON A morning when I was pumped up with Malaysian politics, I watch­ed the rehearsal of OYIF (On Your Imaginary Forces), named after a line from William Shakes­peare’s play Henry V.

The night before, my WhatsApp was filled with discussion on why Datuk Seri Dr Ahmad Zahid Hamidi resumed his duties as Umno president, a rumoured Cabinet reshuffle in the second week of July and more dirt on the sex video scandal.

With that frame of mind, I observed theatre director Chin San Sooi, 78, direct Alfred Loh, 35, who played 17 Shakespearean characters. And in some of the scenes, I saw treacherous Malaysian politics at play.

Loh acted out a scene from Julius Caesar, a play which depicts Marcus Junius Brutus’ moral dilemma as he joins Cassius’ conspiracy to murder Caesar to prevent him from beco­ming a dictator. In many variations, I’ve seen such political murder – without the blood – in Malaysian politics.

“Et tu, Brute? (Even you, Brutus?)” is a famous line from the play that even non-Shakespeare fans know.

Roman dictator Caesar uttered the words as he was being stabbed to death and saw his friend Brutus among the assassins.

By now PKR deputy president Datuk Seri Azmin Ali knows who is the Brutus who stabbed him with a nefarious sex video plot.

“Not that I loved Caesar less, but that I loved Rome more,” said Brutus as he justifies to the Romans on why Caesar was assassinated.

Some Malaysian politicians like to use that quote to justify their action. For example, “Not that I loved Tun Dr Mahathir Mohamad less, but that I loved Umno more.”

“In Shakespeare’s time, Shylock was often portrayed as a pantomime villain. A bogeyman of sorts for the audience to pick on, to jeer and boo,” Loh said.

Which reminds me that some in Malaysian politics rely on making a particular character or ethnicity as a bogeyman to survive politically.

Next came Macbeth, which is about those who desire power.

Macbeth is a Scottish general who received a prophecy from three witches that he will become King of Scotland. Lady Macbeth encou­raged her husband to kill King Duncan.

In some way, Lady Macbeth reminds me of a particular character in Malaysian politics.

Othello is a story of a batu api (instigator). Iago makes Othello believe that his wife, Desdemona, has curi makan (infidelity).

I can relate to the scene – as read by Loh – where Iago instigates Othello as I’ve been told of such instigation – about political betrayal. That’s how close political allies have a fallout.

After the one-hour rehearsal, I sat down with Chin and Loh to talk about the political element in OYIF.

On why I saw politics in the mo­­nologue, Chin, the director, said: “When you come to the theatre, you put your imagination at work.”

On the universality of Shakes­peare’s work, Chin said if it fit into politics, it was a remarkable thing that the playwright was able to capture all these so vividly and make it so contemporary.

“In life, as we negotiate, sometimes it is very political – to be one up to the next person. And very often in doing so, we become fools and then the fool is there very clearly to see,” he said.

“Theatre always has – and at its core perhaps – a reflection of society. I think like in the Brutus and Cassius speech. Society and people, in general, could really benefit to use this as a point of reflection. Theatre used to be a church of sorts, communal, the community coming together and reflecting upon itself in what they see,” said Loh, the actor.

On the batu api scene in Othello, Chin said “in Malaysia, we have so much of sex going on here and all sort of things. But it tends to be homosexual.”

As for The Merchant of Venice, according to Chin, it’s about the loss of humanity.

“Shylock, in a sense, is frustrated and angry. He’s a nice man. He feels very passionate about humanity and all that. And he is made to lose that humanity by other people,” he said

OYIF will be held at The Play Haus, Pearl Point Shopping Gallery, Old Klang Road in Kuala Lumpur this weekend. 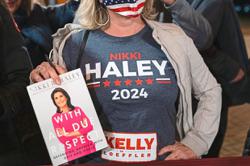 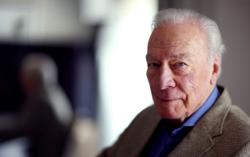 A cut below
Malaysia’s ‘taiko’ diplomacy in China sparks debate
For the good of the party
Drama down south
An offensive brewing against Zahid Premium
Make changes to achieve success
Building bridges, dismantling walls
When Malaysia came together to write 'The Great Malaysian Novel'
Candid camera of a different kind
Family traditions cut deep