Continuous disinfection: A volunteer sanitising the balance beam at the Ariake Gymnastics Centre in Tokyo. — Reuters

Everyone has one. Maybe it was gymnast Nadia Comaneci’s perfect routine to win the gold on the uneven bars in Montreal in 1976, or perhaps it is Jamaica’s Usain Bolt announcing his arrival on the world stage by winning gold in both the men’s 100m and 200m sprints at Beijing in 2008?

Mine was Ben Johnson winning the men’s 100m at the 1988 Seoul Olympics in a then barely believable 9.79 secs (this was later rescinded as Johnson was found to have used performance-enhancing drugs), but there are just too many of these incredible achievements to list down here.

And that is why I’m looking forward to the Tokyo Olympics which officially begins today (the opening ceremony is due to be telecast live at 7pm Malaysian time).

With the world decimated by Covid-19, sports and sporting events become ever more important in showcasing the triumph of the human spirit. Witness the recently concluded European Championships or Euros and the Copa America.

Both football tournaments were held for almost a month in Europe and South America and helped to lessen the sheer boredom for hundreds of millions of fans around the world who have been in some form of restriction and lockdown as a result of the pandemic.

There were serious concerns prior to these tournaments if football could even be staged because of the spike in Covid-19 cases.

But both events were held successfully despite strict logistics and health-related SOPs.

All eyes will now be on the greatest show on earth. Delayed for a year because of the pandemic and beset with numerous problems, the Tokyo Olympics will go ahead, without spectators and without some of its biggest stars.

But it was a close-run thing. On the eve of the Games, the chief of the Tokyo 2020 organising committee did not rule out cancelling the Olympics if Covid-19 cases spiked, as more athletes tested positive for the virus and sponsors ditched plans to attend today’s opening ceremony.

Japan has recorded more than 840,000 cases and 15,055 deaths and Games host city Tokyo is experiencing a fresh surge, with 1,387 cases recorded on Tuesday.

The vaunted isolation bubble system that organisers set up at the Tokyo Games village, where 11,000 athletes are staying, to control Covid-19 is already broken, and there is a risk that infections could spread more widely from inside it. There have been 67 cases detected among those accredited for the Games since July 1.

In a poll in the Asahi newspaper, 68% of respondents expressed doubt about the ability of Olympic organisers to control coronavirus infections, with 55% saying they were opposed to the Games going ahead.

Even before it starts, the Games are already a public relations disaster.

Senior officials from these companies will skip the event given that organisers decided to hold the games without spectators. The lack of spectators is a first for any modern Olympics since 1896.

It may help to prevent the spread of Covid-19, but without fans, Japanese stadia will have a muted and sterile atmosphere, a stark contrast to how the Euro finals was staged in London two weeks ago.

But despite all these fears, both the International Olympic Committee (IOC) and the World Health Organisation (WHO) have called on the Games to go ahead to demonstrate to the world what can be achieved with the right plan and measures amid the pandemic.

The IOC, sending a signal that the world needs solidarity now, amended its famous motto to include the word “together”. The motto now reads: Faster, Higher, Stronger – Together.

WHO head Tedros Adhanom Ghebreyesus said the world needed the Olympics now “as a celebration of hope”.

“The Olympics have the power to bring the world together, to inspire, to show what’s possible,” he said.

These words will resonate among us Malaysians too, bruised and battered by the crippling effects of living with this pandemic for 16 months now. The 40-strong Malaysian contingent, which includes 18 athletes from swimming, diving, badminton, gymnastics and archery, will carry the hopes and prayers of the nation.

Can we finally end our agonising wait to nail that elusive Olympic gold? We have come close on a few occasions, notably in badminton, but have fallen short at the final hurdle.

A gold medal now at the world’s biggest sporting event would be the perfect balm for Malaysians who are grappling with all sorts of health, economic, political and social problems. 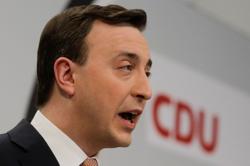 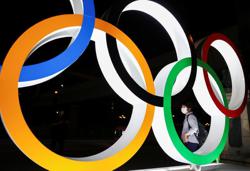