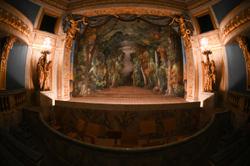 TOLD that the peasants were starving, Marie-Antoinette, the wife of King Louis XVI of France, was reported to have said “Let them eat cake”. Historians have since disputed that the queen ever said any such thing but the phrase has remained in our lexicon as shorthand for an upper class that is oblivious and uncaring about the plight of the poor.

We’ve seen a lot of let-them-eat-cakeism lately within our shores. Beginning with the minister who so blithely went abroad on holiday with his family and then did not have to quarantine when he came home. Meanwhile, ordinary people could barely poke their noses out of their front yards without attracting a thousand-ringgit fine. A decision not to charge him with ignoring the quarantine was made because he was “not issued a home surveillance or observation order by the Health Ministry”. Which makes me think that whoever it was who was responsible should have been censured for being negligent. After all, although he was swabbed at the airport, there is such a thing as a false negative test result.

The National Security Council in its increasingly baffling wisdom has decided that individuals who violate the SOP must pay a fine of RM10,000. A great way to fill jails.

Meanwhile, the rest of us are increasingly frustrated at not only being unable to travel but having to calculate the maze of quarantine rules both abroad and back home before we can make any plans. A disincentive like no other.

Quarantine has been recommended as a way of isolating a person who has been potentially exposed to the virus until they can be declared Covid-19-free, a process that takes at least 10 days. So many returnees from abroad have had to endure those days in one room, unable to get any fresh air, or have any human interaction, and all at their own expense. The rules have applied to everyone, supposedly regardless of their station in life. People who have been found Covid-19-positive have been carted off to quarantine stations, to live among other asymptomatic Covid-19-positive people, sleep on bunk beds, eat whatever is served and find ways to stave off boredom, for an entire fortnight. Again, no quarter is given to social status; it is, in theory, an equal opportunity quarantine.

Yet here too let-them-eat-cake-ism is at play. No politician has ever been subjected to such treatment, although if they had, they might have gained a whole warehouse-full of new voters. Even when they returned from Sabah where the pandemic was raging, they were allowed to roam around regardless. One person, who had so blithely dropped in on so many spots around the country you would think he had never heard the word “pandemic”, then turned out to be positive. There must be a lot of people who felt very aggrieved that they had to be tested in his and his colleagues’ wake.

After months of grousing from the general populace, who might be inclined to remember these incidents the next time a general election comes round, some concession to rakyatism was proffered. Cabinet ministers who travelled abroad for work need to be put under observation for three days or be placed under supervision until they are “no longer a danger to the public”. Such are the scraps we are thrown, Marie Antoinette. Not only do they get to be observed for less than half the time the rest of us must, but they also get to do it at home where they can sleep in their own beds and get fed food made by their beloved’s own hands. I would suggest that these people are always a danger to the public and therefore have to be constantly supervised, preferably with electric prods.

Not that within our borders keeps anyone away from the cake either. While some are merrily feasting and then trying to exercise the fat away with more friends than they should have in defiance of the SOP that is being used to collect hefty fines, others have used the time to starve themselves and then reward their new forms with a designer wardrobe. This achievement naturally had to be recorded for posterity with professional stylists, makeup artists and photographers. Perhaps not eating could have made them more empathetic with those low-

income families who are also starving because they can’t afford to buy food any longer. A Unicef (United Nations Children’s Fund) study of 500 of Kuala Lumpur’s urban poor found that one in two families are in absolute poverty and 37% struggle to purchase adequate food for their families. It added, “female- headed households were especially disadvantaged at the outset of the crisis, and now appear to be recovering more slowly and remain more at risk of backsliding than other households”.

Also, “the high burden of care in female-headed households manifests itself in terms of higher rates of unemployment and higher rates of dependence on insecure self-employment. As a result, these families appear to be struggling more than others to meet their basic needs.” But they can always eat kuih.

Our leaders are constantly complaining that we the people are simply refusing to obey the rules they have set down. But then we look up to them as role models. Under the mistaken notion that Article 8 of our Federal Constitution really means what it says, that everyone is equal under the law, we put our trust in them. Imagine our puzzlement when critical comments about the judiciary made by a few readers, quickly deleted, were cited as contempt of court and their online host fined half a million ringgit. Yet when a crystal-clear court order to stay the deportation of more than 1,000 Myanmarese migrants back to a regime we supposedly don’t recognise was defied, there was no hue and cry. As much as some Malaysians, worried about the loss of their toilet-cleaning opportunities to these foreigners, may have cheered these deportations, what should have really irked them was the fact that “contempt of court” is only a weapon to be wielded against those of us who don’t have YB in front of our names. But these are the sorts of details we like to gloss over, much to the gratification of our overlords.

In the past year as this pandemic has come down on most people like a sludge heap, burying many in its path, there are the select few who are sitting nicely in their plush homes sipping tea, comforted by the knowledge that their cake shops will never close. Those who have to settle for the crumbs, though, are watching and hopefully remembering.

Marina Mahathir wants to know if the secret to bodily transformation is a gluten and lactose-free diet. The views expressed here are solely her own and do not necessarily reflect those of Sunday Star. 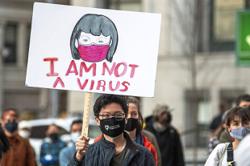