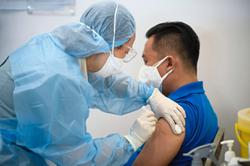 FORTY-FIVE years ago today, a Nomad N-22B aircraft that had entered Kota Kinabalu airport airspace began a one-and-a-half-turn spiral plummet that ended in disaster. The plane, which had departed from Labuan, crashed into shallow waters off the coast of Kampung Sembulan Baru, Kota Kinabalu.

Killed in the tragedy on June 6,1976, was the crème de la crème of Berjaya, which had been led by its president, Tun Fuad Stephens, to victory over Usno just two months before in the Sabah state election. The dead were Tun Fuad (Sabah Chief Minister), Datuk Peter Mojun-tin (Local Government and Housing Minister), Datuk Salleh Sulong (Finance Minister), Chong Thain Vun (Communications and Works Minister) and Darius Binion (assistant to the Chief Minister).

Today, it will be a quiet memorial for the “double six” tragedy, which remains a mystery among Sabahans who have many conspiracy theories about it.

Sabah NGO Sunduvan has been organising a commemoration ceremony on June 6 every year since the tragedy; it will be a virtual one this year because of the current movement control order phase.

According to Sunduvan chairman Aloysius Danim Siap, the tragedy is significant because it is linked to the petroleum agreement between the Sabah government and Kuala Lumpur.

“The agreement was signed a week after the plane crash that killed Tun Fuad and three other state Cabinet ministers as well as key state government officials at the time, ” he said.

The double six crash is also significant because among the dead was Peter Mojuntin, 37, who came to be immortalised in a 1978 book titled Peter J. Mojuntin: The Golden Son of the Kadazan by Bernard Sta Maria. However, the Malaysian government banned the book on the Moyog assemblyman who held the state seat in the Penampang parliamentary constituency.

Peter’s nephew, Petrus Conrad, wants the ban to be lifted: “It’s high time our younger generation got to know the political history of Sabah during that period, ” he said.

As a Kadazan from Penampang, I have my own memories of the legend. I remember an anecdote that illustrates why Peter was often called the people’s politician – supposedly Peter ate a dish of nonsom (a Kadazan preserved delicacy) a villager had served him even though it had giuk (worms) in it. Somehow this story that I heard three or four decades ago has stuck in my mind.

I asked Petrus whether the story was true.

“This is a story related to me by my mother, Theresa Bajerai. On my uncle’s campaign trail in remote Kudat, during lunchtime he was served nonsom bakas (preserved wild boar with rice and salt). He saw there were some giuk. He said the people there ate it, so he ate it too, as giuk is full of protein, ” Petrus related.

Petrus also said his uncle was a gifted orator: “When he gave a speech, he spoke boldly and fierily, and everybody would listen closely.”

To get an insight into Peter and the double six tragedy, I sent some questions to his brother, Datuk Conrad Mojuntin, Petrus’ father.

Conrad believes the crash was connected to the oil royalties negotiation. He related one of the famous conspiracy theories many Sabahans believe, that an officer in Kota Kinabalu airport’s control tower did not now allow the plane to land, instructing it to circle a few times.

Conspiracy theorists also love to share a video supposedly of Tengku Razaleigh explaining what happened minutes before the aircraft flew out of Labuan airport.

In the video titled Oil for Who? uploaded in 2010 to the now defunct website razaleigh.com, Razaleigh is heard telling audience in a community hall in Penampang near Kota Kinabalu: “When talking about oil and Sabah I cannot help but remember a sad incident which happened to Sabah and Sabahans.

“I myself had boarded the plane. We were all strapped in – wearing seat belts – on the plane. I sat behind Tun Fuad Stephens, and on my right was (Sarawak’s Chief Minister) Rahman, and behind me was the Tengku Bendahara Pahang, ” said the then Finance Minister.

“Suddenly, Harris Salleh, who was Sabah deputy chief minister, asked me to exit the plane as he said it is better that we go [in the second aircraft] to Pulau Banggi to see a cattle ranch.”

I asked Conrad, who was 28 years old in 1976, why he thinks Peter became a legend. He replied that it’s because his brother was willing to die for his people.

“He was fighting for freedom of religion and basic human rights, specifically that the Kadazan people should be treated equally, ” he said.

For me, the double six tragedy represents the what-ifs of Sabah history. The air crash killed Sabah leaders who had been seen as a new hope for the state.

“Sabah would never have agreed to 5%. Labuan would not have been given away, ” said Conrad, who replaced his brother as the Moyog assemblyman in a by-election in 1976, eventually becoming Sabah minister for Culture, Youth and Sport.

If Sabah had got 20% oil rights, would its political and economic history be different? 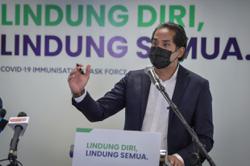