The unexpectedly quick and strong action by the Cabinet in responding to a racist incident offers a glimpse of the path towards a New Malaysia.

LANTERNS and the colour red feature prominently during this time of the year globally. Throughout the ages, the Chinese have used lanterns not only as sources of light or simple paper decoration, but also to symbolise vitality and good luck.

Around the world, the round, red lantern remains one of the most easily recognised symbols of Chinese culture. Only those with the fire of deep racism in their hearts or those in a drunken stupor caused by religious bigotry would equate red lanterns with a religion or with attempting to propagate another religion to Muslims.

Parti Bumiputera Perkasa Malaysia (Putra) vice-president Mohd Khairul Azam Abdul Aziz’s display of sheer ignorance was shocking indeed as he is a senior lawyer with wide political experience dealing with pro-Malay cases including a challenge on the legality of vernacular schools (this is ongoing although he lost in his initial attempt). 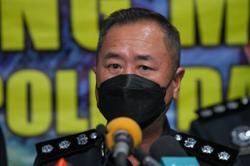 The spread of dishonesty bugs Premium
Killed by ‘bureaucratic delays’ Premium
Calculated U-turn after the snip Premium
It’s in our hands as much as the government’s Premium
Bring it on – and soon Premium
Watchdog turns scapegoat Premium
Getting the right candidate Premium
Shafie aims to cause an upset Premium
Call for early warning system, disaster drills Premium
Unforced errors of corruption Premium