A claim that does not hold water 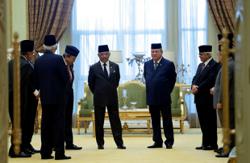 WE must stand our ground. The so-called heirs of the self-proclaimed Sultan of Sulu do not deserve a single sen from Malaysia, especially after the Lahad Datu incursion in Sabah in 2013.

The government is right in halting the annual RM5,300 compensation to these people.

In the first place, the compensation was merely a “gentlemen’s agreement’’ made in 1963 after the formation of Malaysia, where this was agreed.

It came with one caveat – that the Sulu heirs do not harass Malaysia with their claims.

The 2013 incursion was in clear violation of this caveat and their claim to Sabah is now a moot point. It serves little purpose because Sabah had agreed in 1963 to form Malaysia, along with Sarawak.

The Sultan of Sulu and his heirs do not even administer any region in the Philippines and legally have not existed since 1915. The last recognised sultan died in 1936.

In the Lahad Datu attacks that started on Feb 11, 2013, and ended only on March 24, 235 armed intruders from nearby Philippines breached Kampung Tanduo, Lahad Datu, as well as Semporna, Kunak and Tawau in eastern Sabah.

At the end of the standoff, around 56 militants were killed, together with six civilians and 10 Malaysian security force personnel.

Joining my colleagues who were covering the invasion, I arrived at a Semporna water village, where there were at least 300 homes standing on stilts. Some of the villagers were suspected of providing support to the terrorists.

The Filipinos beheaded two of our men in this village. Worse, they carried out extremely cruel and gruesome acts before killing them. They even gouged out the eyes of one of the victims.

The scene of the killing was still covered with spatters of fresh blood and remains of human tissue.

The Star photographer Normimie Diun, who was in a thick oil palm estate where the attackers were hiding, was even reportedly shot at.

In 2018, the Federal Court upheld the death sentence on nine Filipino men charged with waging war against the Yang di-Pertuan Agong during the 2013 assault.

One of the nine was Datu Amirbahar Hushin Kiram, the son of Esmail Kiram, the brother of the late Jamalul.

Fast forward to 2022 – one of eight claimants in the legal battle against Malaysia now is Sheramar T. Kiram, a daughter of the late Jamalul Kiram III. There are seven other Kiram members in the claims.

There is certainly a link between the heirs, attackers and claimants from a family lineage point of view.

For the record, Datu is not Datuk, even if there are Filipinos who confer dubious Datukships on Malaysians, and there are two previous Jamalul Kirams who have passed away.

Here’s another point – who is actually paying the legal bills for these claims?

He tried to get the claims heard in the United Kingdom but was ignored, rightly. Then, he peddled for a judgement in Spain and then France.

The French arbitration in February ordered Putrajaya to pay at least US$14.93mil (RM62.5mil) to these descendants of the Sulu King but early this month, the Paris Court of Appeal granted leave to Malaysia’s application to suspend the ruling.

It is preposterous that they have taken their case overseas and even obtained a hearing. Spain was chosen presumably because the Philippines was colonised by the Spaniards at one time.

Imagine this scenario – former colonists from Europe to the United States getting claims from people or nations they have invaded. Or closer to home, the disputes over the South China Sea, where every claimant country produces ancient documents to back their arguments.

As journalist Sholto Byrnes wrote, “in short, the heirs were lucky to receive cession payments for a land that may never have been theirs to begin with for so long.’’

He claimed that the heirs’ lawyers were backed by “a major litigation fund in London” and “can pick from the other 167 jurisdictions that are a party to the New York Convention on arbitration, and then Malaysia will have to show up and say we have a stay from the Paris Court of Appeal,” he wrote, quoting a source.

“What this bizarre story shows, however, is that while colonialism may be long gone, its legacy can still be exploited,’’ Byrnes added.

In Malaysia, the issue has taken a new dimension. Instead of coming together to take on these heirs, our politicians are busy blaming each other over the case.

But more worrisome, especially if you are Sabahan, is that our coastal lines in the state are still exposed, especially the waters off the Sulu Sea and Sulawesi. The Mindanao area remains a hotbed of Islamic radicalism.In 1996, Semporna was attacked twice, including an assault on its police station by 10-20 heavily armed pirates. In 2000, Abu Sayyaf militants kidnapped 21 people from Sipadan resort island.

The Philippines and Sabah are so close that in some coastal villages, one can see each other standing on the other side.

At the Danggan Tungku fishing village, one can look across and see Sibutu, which is part of the Tawi-Tawi islands.

That explains why Sabahans are angry that in the 1980s, under Project IC, foreigners were naturalised and given blue identity cards to be regarded as Malaysians. These people, although Filipinos by birth, have remained in Sabah.

Let’s hope the MPs who attended the closed-door meeting on the Sulu heirs’ claims were given a proper briefing by our authorities.

It’s better that our lawmakers, regardless of their political affiliations, work together as the country’s sovereignty is being challenged. No one should impose anything on us. 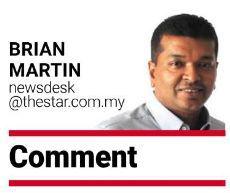