AS the model struts down the runway, everyone in the audience went silent. They were actually in awe as 24-year-old Niu Yu, walking with a prosthetic right leg, showed confidence on the runway wearing an oversized hoodie sweater.

There was no doubt that it was her day as Niu stole the limelight at one of the most anticipated events in China’s fashion industry, the Shanghai Fashion Week.

For Niu, it has been a long journey since an earthquake struck her village in south-western Sichuan province 13 years ago.

She was at school and eager to go home as her mother had prepared a big feast to celebrate her birthday on May 12. But without warning an earthquake occurred and Niu was buried under debris, following the collapse of her school.

Niu was only rescued three days later but her right leg had to be amputated.

The disaster, known as the 2008 Wenchuan Earthquake, claimed some 70,000 lives, including her younger brother and nine friends.

Niu spent about three months at the hospital, where she had nearly 50 surgeries before being discharged.

Initially, she was supposed to have had both her legs amputated but the doctors managed to save her left leg.

“I struggled for quite a long time before putting on the prosthetic leg for the first time and could not stand people staring at me.

“I shied away from the public, used sponge to wrap up the artificial limb and wore only long pants to cover it.

“If people noticed and asked, I would just say I injured my leg,” she added.

That was until 2018 when Niu, a photographer residing in Chengdu city of Sichuan, decided to make a big change in her life.

On May 12 that year, which was also her 21st birthday, she took part in a marathon to commemorate the 10th anniversary of the 8.0 magnitude earthquake. She completed it.

“It suddenly became clear and I knew that I must be brave to face the world,” she added.

On her way home, she removed the sponge, walked around the most happening areas and proudly showed off her prosthetic leg.

She took many pictures and shared them on her social media accounts, writing: “In fact, this is how I look.”

Niu became active on social media platforms, where she shared her experience, interesting encounters and views.

“Sharing my life with the public would enable them to understand more about our group,” she said.

In August, she shared a funny incident while playing the escape room game.

In the dark room, a worker – who was supposed to scare the players – came from behind and pulled her right leg too hard that the prosthetic limb came off.

“I turned around and we came eye-to-eye. His face turned pale and he was screaming out loud as he ran away,” she smiled.

On Oct 11, she received a surprise invitation from a sportswear brand, asking her to model their products at the fashion week.

“It was not an easy decision and I worried that I could not perform well,” she told Beijing Youth Daily.

Just as she was hesitating, she recalled an encouraging note received from a 19-year-old disabled person last year.

The message says “although we are not perfect, we are still beautiful”.

“She told me her biggest dream was to become a model but it could not be fulfilled now after she had a limb removed at the age of 13 due to illness.

“Her story reminded me that I once shared the same ambition too.

“When I was at university, I applied for a modelling job but was rejected by the organiser, who told me there was no room for a handicap model.

“There are many of such models overseas but not in China,” she pointed out.

Niu then grabbed the opportunity, hoping that she could open the doors for handicapped people.

She also wishes to become someone who encourageds others who share the same fate as her, to stay strong and be optimistic.

Niu said while waiting for her turn backstage, she was so nervous she could not speak a word.

“I was even more worried when the audience went silent upon seeing me, until a woman shouted ‘zhen biao’ (bravo) and that somehow eased my nervousness,” she added.

Niu’s catwalk became the talk of the town after the news made it to the hot search list on Sina Weibo – Chinese Twitter-like social media platform – last week.

She received many compliments for her courage, such as “the most beautiful woman is one who lives with confidence in herself” and “the prosthetic leg is the prettiest accessory on you”.

On her Weibo account, nicknamed Chunyou Gege, Niu revealed that some disabled people thanked her for giving them the courage to face the public.

“I am not alone on the stage, I represent this community of ours, telling people that we are no different from others,” she wrote, adding that she, too, became braver as she received more encouragements from kind strangers who lent her a hand.

“I just want to prove that I can do what ordinary people can do.

”Everyone come into this world with an aura. You may be ordinary but (you are) definitely one of a kind,” she said. 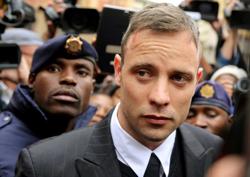