WITH very little cash and carrying a small bag, a farmer embarked on a journey in search of his missing son.

Relying on public tip-offs, he rode his old motorcycle across China, going from town to town and visited every home that his son could possibly be in.

This is the synopsis of the Chinese film, Lost and Love, which highlights the pain and suffering of parents whose children were abducted. The movie is produced to raise awareness on human trafficking.

Released in 2015, it was based on several true stories.

In the movie, the father – played by Hong Kong star Andy Lau – did not find his boy.

In real life though, the father who inspired the movie, tractor driver Guo Gangtang, 51, and wife Zhang Wenge, were reunited with their son, Xinzhen, on July 11.

“Sweetheart, my sweetheart,” Zhang cried out loud as she hugged her son tightly at the meeting arranged by the police at their hometown in Liaocheng of Shandong province.

This was a moment they had been dreaming of for 24 years.

He went on to say he read news and watched the film upon knowing Guo is his biological father.

“I’m moved by what he did and also felt bad for him. He is a great father,” he said.

His words were enough to ease the initial anxiety of his parents who had been worried that their son would blame them for losing him. They were also concerned whether they would get along with the adoptive family.

“From now on, what lies ahead is only happiness,” said Guo.

Flash back to one evening in September 1997, Xinzhen was kidnapped by a woman while playing alone outside his home.

Some 500 villagers went on a search for a month but to no avail.

In a desperate move, Guo tied a flag with his son’s photo and details printed on it and went on his mission to look for him.

Over the years, he had travelled more than 500,000km across the country and wore out 10 motorcycles.

But little did he know that the son was just some 200km away, at his new home in the neighbouring Henan province.

Xinzhen said his adoptive parents treated him like their own.

He wished to stay with his adoptive family.

“They brought me up and now they are old, they need people to take care of them,” said the bachelor, promising that he would visit his biological parents regularly.

The family who adopted Xinzhen has avoided the media.

According to neighbours, the couple already have two teenage daughters but they still wanted a son, so they bought the boy.

Recalling the journey, Guo said there was a time when he was left with just 15 yuan in his pocket.

“I had not eaten for a day, so I begged for a bowl of noodles,” he said, adding he had also slept on the streets in a cold winter night when the temperature fell to -10°C, spent nights at cemeteries and caves.

But he never gave up looking for his missing son.

Along his journey, Guo came across many people who shared the same fate as he did.

He also helped other parents whose children were adopted by asking around during his journey.

He thanked the Good Samaritans, who repaired his vehicle for free, offered him food, shelter and even gave him their old bikes.

The happy reunion saw netizens across the country sending their well wishes and congratulatory notes to the Guos.

News articles related to the occasion were read 450 million times and generated over 50,000 discussions.

One of them was none other than Andy Lau, who said he was very happy for Guo, whom he got to know while shooting the movie.

“First of all, I want to tell Guo da ge (elder brother Guo) that I admire his persistence and salute the police for their efforts over the decades.

“Here, I urge everyone to join me in supporting the anti-human trafficking cause and I hope to see the reunion of more families soon,” he said in a video clip.

In addition, Tong revealed that 2,609 missing children have been found since the launch of Tuanyuan (Reunion) operation this year.

The operation saw police reopening old files and investigating with the use of modern and high-technology.

One of those found had left home for 61 years, revealed Tong.

Paying for children who are kidnapped is a crime in China. Those convicted could be sentenced to a maximum three-year jail.

There is still no news whether police would go after Xinzhen’s adoptive parents. 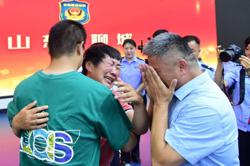 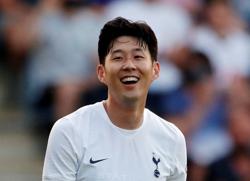 Cautious optimism for Tokyo 2020
Crying out for fairer terms
A black market amid the pandemic
What does independence mean to you?
Resetting our political construct
Battle of the bulges
Trust the vaccine, trust the data
The shadow play goes on
Satisfaction guaranteed
Why is Xi not in a hurry to meet Biden?