A province steeped in history

Glory of a bygone era: Visitors (pic, below) entering beneath the outer wall of Jiayuguan Fort, which connects to the Great Wall of China and one of the towers that served as a lookout point. Pictured above is the courtyard and dwellings.

ON the far western Land of the Dragon Descendants, where desert hills are stacked upon each other, lies the Jiayuguan Fort and pass.

Built on a narrow valley of just 15km wide between Wenshu Mountain and the Black Mountain, it is the western end of the Great Wall of China.

Some called it the starting point although Shanhaiguan Pass, the eastern end of the wall which stretches out to the sea, is commonly known as the “dragon head”.

Jiayuguan was constructed in 1372, nine years before Shanhaiguan in Qinhuangdao city, about 300km from Beijing.

The fort in Gansu province was the gateway to the West for merchants travelling on the Silk Road.

“After exiting the gate, the merchants were off to Xiyu (literally translates to the west regions which is the old name of Xinjiang) and Europe. This was China’s first fort of defence against invaders from the west,” said a local official.

The fortress consists of three layers of wall with the most inner one measuring nine metres tall, it was hard to be captured and its nickname “The Steel City of West China” tells it all.

Although Jiayuguan has lost its purpose, its glory remains.

Today, this largest and best preserved military defence system of the Great Wall is a popular tourist destination, receiving over 120,000 visitors during the three-day Dragon boat festival break last week.

If you have a chance to visit Jiayuguan, look out for the “lonely brick” stacked on an edge of Huiji tower. 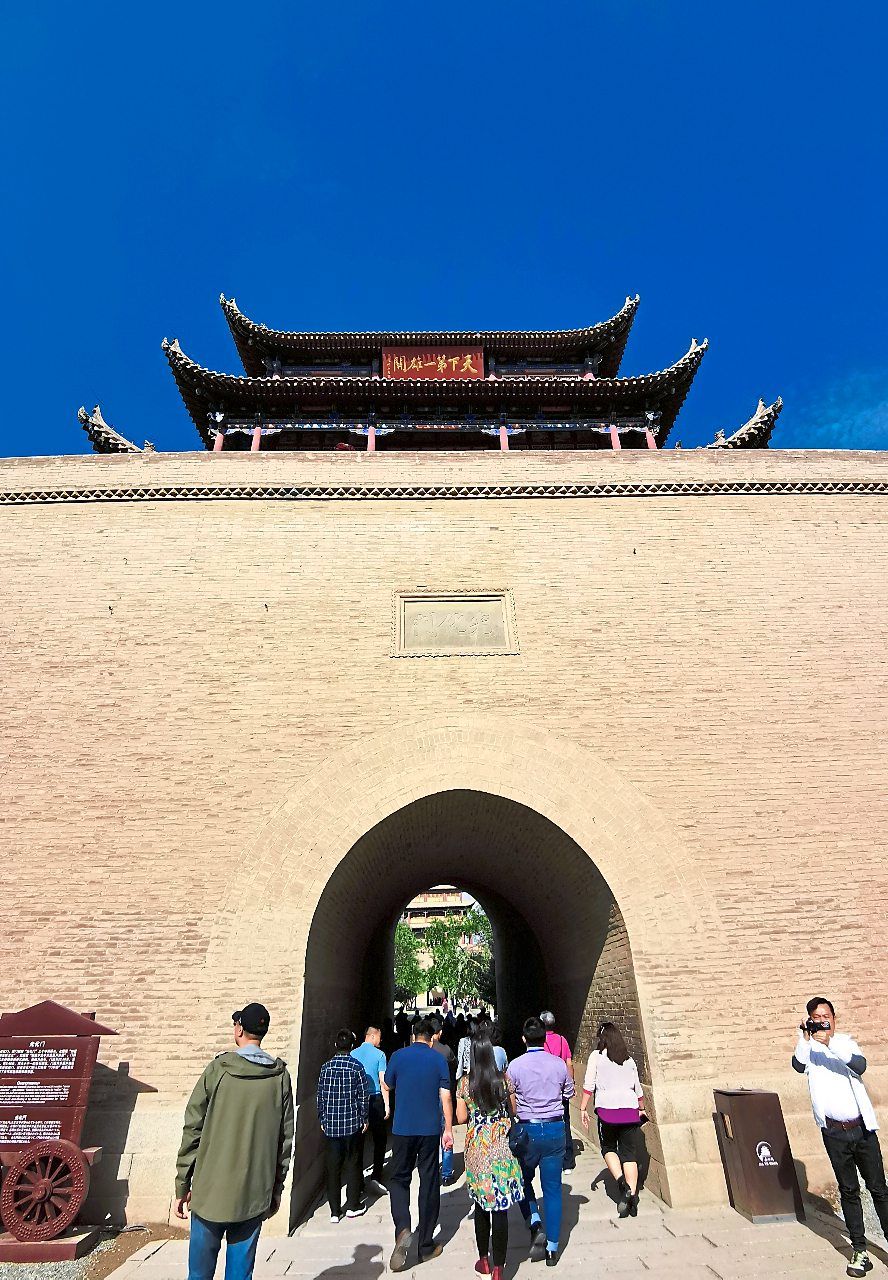 Legend has it that the brick was the only one left after the fort was completed, so it was put there to show appreciation to the construction workers who built such a strong fortress.

There are two sections where visitors can hear the tweeting sound of swallows by knocking two stones together.

According to folklore, a pair of loving swallows had made the fort their home during Emperor Zhengde’s reign in the Ming Dynasty (1506-1521).

One day, the male bird lost its way in a sandstorm and when it found its way home, the fort gate had closed and it could not get in.

So, the bird flew repeatedly into the door in an attempt to break it open, but failed.

The female bird, which waited anxiously for its partner’s return, had called out until its last breath.

In the past, travellers believed that if they could hear the swallows tweeting by knocking the stones, they would have a safe journey.

Due to the long and prosperous history of Gansu, the province has a treasure trove of artefacts.

The most precious one is, no doubt, the Bronze Galloping Horse sculpture.

Unearthed from a Eastern Han Dynasty (25-220) tomb in 1969, the horse appears in a galloping posture with one foot stepping on a flying swallow.

Measuring at 34.5cm tall and 45cm long, the 7.3kg statue is only supported by the swallow figurine.

“Considering what was available in terms of technology and skill back then, this may seem quite unbelievable if you haven’t seen it with your own eyes, how perfectly balanced it is.

“It is a masterpiece, be it in craftsmanship, creativity or the posture of both animals.

“The bird has its head turned upwards to look at the horse in an expression of shock at having something suddenly land on its back.

“The sculpture also manages to capture the speed and graceful beauty of the horse,” explained a narrator at the Gansu Provincial Museum which houses the relic.

Far more valuable than terracotta warriors, the Bronze Galloping Horse is one of 64 top-grade national treasures, and China almost lost it.After retrieving it from the tomb, it was sent to Gansu Provincial Museum but the horse – which was partially damaged – was left unattended alongside other “junk” from the burial ground.

It was not until two years later when the late Guo Moruo, who led the Chinese Academy of Science then, accompanied a group of foreign guests to the museum where he came across the sculpture.

He was stunned when he stumbled upon the horse and immediately named it ma ta fei yan (a horse treading on a flying swallow).

The relic has been restored.

Over the decades, there have been arguments on the species of the horse and bird with guesses of the mammal being the legendary akhal-teke breed or those of Mongolians and the bird could be a swiftlet or crow.

Whatever they are will not affect the value of the artefact, whose image is being used as the logo of China Tourism to symbolise cultural exchange between the east and the west.

Another masterpiece of the museum is the drawing of a horse-riding postman on a piece of brick, which was unearthed in 1973 from a cemetery dating back over 1,600 years ago.

Believed to be created around the third century, the image has proven that China is one of the earliest countries to start a postal service.

One part that made the drawing unique is that the postman has no mouth to emphasise privacy and confidentiality.

The image is widely used on China Post’s products.