The bane of modern gadgets THE camera phone is a boon in my work as a journalist, especially in the last few years, but lately I find this communication gadget is more of a bane.

My job these day has been disrupted by the presence of non-media personnel who attend “informal” press conferences.

They come from nowhere and surround the host, asking questions and taking pictures or videos, leaving journalists like me bewildered and unable to find a space to squeeze in between.

There was also several occasions when I was about to snap photographs of people on stage, one man blocked my view by holding his handphone high up in front of me.

But I admit that this high-technology gadget has more advantages than disadvantages if it is put to good use.

As the number grows in China, live-streamers can be a nuisance, occupying public places and recording without getting other people’s consent.

One such victim is a 96-year-old hawker from Zhengzhou city, Henan province.

What started as good intention by a customer in sharing the grandmother’s story, turned ugly with the nonagenarian being harassed by dozens of camera-wielding “broadcasters”.

Granny Zhang, gained popularity after sharing her inspirational thoughts with a customer Zhang Zhigang, who uploaded video of her at work onto Sina Weibo – Chinese’s Twitter-like social media platform – recently.

She has been selling caimo (vegetable roll) for the past 30 years from 11pm to 5am daily at her stall.

Asked why she was not resting at home at such an old age, she answered she would like to keep herself busy and do something worthwhile.

“Wake up in the morning, fill the stomach and wait for the next meal, play card games or mahjong, to me, these are meaningless.

“It is not good for the health and gives a bad influence to the younger generation, ” she says.

Her children have tried to persuade her to quit but she refused, insisting that she was enjoying her work.

Zhang priced her snack at 6 yuan (RM3.80) per piece, it was not about making ends meet but to live her life to the fullest.

In the morning, she would buy the ingredients for her business and rest in the afternoon.

Asked if she was happy, she answered “yes” and said she lives with peace of mind.

“When you reach my age, you will realise and understand that be it crying or laughing, life goes on, so care less for the unhappy things, ” she tells Zhigang in the clip.

As she was praised for being hard-working, Zhang pointed out that young people were also striving hard to achieve their goals and that the elders should also learn from them as well.

Zhang’s “golden phrases” have gained her fame while attracting many visitors to her stall.

Unfortunately it also drew some live-streamers whose only aim was to pull traffic to their sites.

At one point she started to ignore the strangers.

The police were called in to dismiss the crowd.

Asked if she was happy to see so many customers, Zhang said “no”.

She knew they were not there for her product.

“They came to see me, not to savour my food, everyone has eaten this before.

“There is nothing great, just an old woman making caimo, ” she is seen saying in a follow-up clip by Zhigang.

Zhigang said that he had not expected the ugly outcome of his first video.

“Some members of the public took advantage of her by recording videos and asking the same questions again and again, ” he said in another clip.

The granny has decided to close her stall after undergoing the ordeal for a few days.

“I am too tired and need a rest, ” she is heard saying in the latest clip uploaded by Zhigang, who urged the public to give Zhang a break.

“You can come to buy her food but do not take videos. This is not right.

“It is good to see her making more profit, but for an almost 100-year-old granny, she could not cope with the volume.

“I hope all of you will not disturb the old lady and let her continue with her normal routine, ” he said.

The netizens have also condemned the live-streamers, asking them to show some respect for the elders.

“She did not work for money, just want to make herself worthwhile, please do not add burden for her, ” said Dachang.

Some of them said they were inspired by Zhang.

Many people also sent their greetings to the granny, wishing her good health and long life. 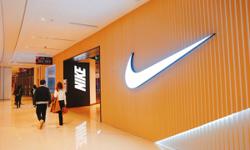 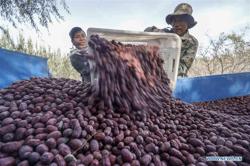 In the Land of the Hornbills politics remains local
Standing with the Palestinians
Sentiment swings towards Tok Mat Premium
Questions over coastal corridor
New ideas for education
All quiet in the kampung
Down the drain for their ‘idol’
Thinning hair and an inability to rise to the occasion Premium
In the spirit of the season, act together to curb virus
‘Big brother’ politics