Paying a high price for infidelity

Prominent personalities are being exposed by their own partners and end up losing more than what they bargained for.

ZHA NAN is a Chinese Internet slang to describe men who are selfish, irresponsible and have a bad personality.

It literally means “rubbish man” or “jerk” in English.

Social media went abuzz recently with zha nan following the exposure of infidelity involving celebrities and a senior executive of China’s largest e-commerce company.One of the most gossiped about was the “messy relationships” of Taiwanese singer-actor Show Lo.

It started when his Chinese girlfriend Grace Chow declared on Sina Weibo, the Chinese version of Twitter, that Lo had been unfaithful throughout their nine-year relationship.

Chow, an Internet celebrity, alleged Lo had been having intimate relationships with several women, including Taiwanese artiste Linda Chien, nicknamed Butterfly Sister, and his make-up artiste.

She also claimed Lo had one-night-stand with many others.

She said Lo would bring different women back home when she was out of town or meet other women at every city he visited.

Her post came soon after the artiste and his buddies were photographed enjoying a swimming pool party with a group of female models and Internet celebrities.

Chow’s revelation broke the hearts of millions of his female fans who looked up to the 41-year-old idol as their dream man.

Lo had apologised for his “mistakes” but it came too late as his career in China could come to an end due to Chow’s “powerful” family background.

Angry netizens from both China and Taiwan lambasted his behaviour and called for Lo to be removed from all TV shows. A quick calculation shows that he easily lost RM50mil in income.

Another high-profile infidelity incident was the extramarital affair of Jiang Fan, the president of Tmall and Taobao, the main business of Alibaba Group.

The person who exposed him was none other than his wife Dong Yang.

In mid-April, Dong tagged Internet celebrity Zhang Dayi on her Weibo, warning the latter to stay away from her husband.

Last Monday, Alibaba announced its decision to remove Jiang, 35, as one of its partners in relation to his mishandling of personal affairs that has severely tainted the company’s image.

Jiang was also downgraded from senior vice-president to vice-president and deprived of all bonuses from the previous financial year, estimated at more than 10 million yuan (RM6.12mil).

However, he was allowed to keep his current position heading the two e-shopping platforms, reported China Daily.

Jiang and Dong have two children.A netizen said that in a triangle relationship, the person who was not loved is the real “third party”.I have always believed that a responsible person, be it man or woman, should not have more than one partner.

Be honest with your partner and ask for a break if you do not love him or her and for goodness’ sake, do not cheat.

Another man being called zha nan is budding Chinese actor Qu Chuxiao after he was photographed hugging actress Wan Zilin as they visited a popular temple just outside Beijing.

In a response, Qu, the main cast in Chinese blockbuster movie

The Wandering Earth, wrote that he was not in love, urging the public not to matchmake him with her.

Soon, Wan in an angry posting said that she just found out she had been dumped.

As this “affair” was gaining traction in public, a woman called Li Fan claimed to be Qu’s ex-girlfriend and accused the actor of mentally and sexually abusing her while they were dating.

She said Qu preferred to date women from rich families and alleged his private life was a mess.

Following these episodes, netizens shared their stories of being cheated and sharing tips on how to identify zha nan.

According to an Internet user, some men love to use black and white scenery as their profile picture because it is easier to strike a conversation with women, who are curious to find out the story behind it. Black and white photos are more artistic, she added.

Another one pointed out that zha nan would also try to gain sympathy by telling sad stories of their family or previous relationships.

Anyway, this is only for fun reading, do not take it too seriously. 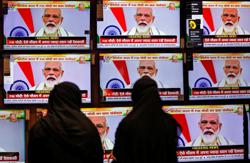 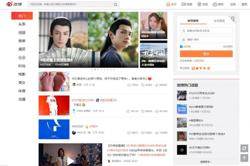 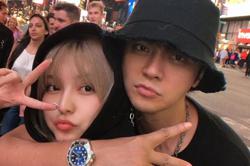