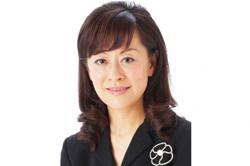 Behind the scenes of Netflix’s original series 'The Ghost Bride', which is set in 1890s Malacca. — Netflix

NETFLIX is celebrating Chinese New Year 2020 by releasing an original series, The Ghost Bride, which is set in 1890s Malacca, Malaysia’s historic entrepôt.

It’s basically a schlocky ghost story: a young woman is invited to marry into a wealthy family to help her debt-ridden father. Here’s the catch: the groom is deceased, and his ghost enlists her to avenge his death.

But what is also surprising – and anachronistic – is that despite seeking to highlight Chinese Peranakan (or more popularly, “Baba-Nyonya” or “Straits Chinese”) culture, the dialogue is almost exclusively in Mandarin.

As Khoo Joo Ee wrote in her magisterial 1996 study The Straits Chinese: A Cultural History:

“Most of the Babas are now English speaking. Those of earlier generations were fluent in Malay, and although it may seem very strange now, in the last century few of the Babas spoke either Cantonese or Mandarin. However, during the era of re-sinisation, around the time of the 1911 revolution in China, many Baba families learned Mandarin.”

Indeed, Yangsze Choo, the author of the novel the series was adapted from (which was written in English) stated in her notes that Chinese immigrants mostly spoke dialects like Cantonese, Hokkien, Teochew, Hakka and Hainanese. One of the characters speaks three dialects and Malay. In fact, Choo resisted using the “pinyin” Mandarin Romanisation system for their names.

So it’s very strange that the show is almost entirely in Mandarin – a more authentic depiction would have had them speak in one of the Chinese dialects or even English.

But who were the Chinese Peranakan?

Broadly, “Peranakan” (literally, “local born”) refers to any historical immigrant group that assimilated with the indigenous culture of Malaya or Indonesia. For instance, there are Jawi Peranakan (i.e. Malay-speaking Indian Muslims) – but the Chinese Peranakan were the most numerous and arguably best-known.

“Baba” and “Nyonya” are honorifics for male and female Chinese Peranakan.

Most of them claim descent from earlier Chinese immigrants from the southern provinces of Fujian and Guangdong to Malacca, Penang and Singapore. Hence the term “Straits Chinese”, i.e. the British Straits Settlements colonies.

Since most of them were men, they initially married local women – which did not usually require conversion to Islam then.

The descendants of these pioneers became the Peranakan, who had clear Malay influences in their cultural practices.

As Chinese immigration increased, the Peranakan began to regard themselves as distinct from the more recent arrivals, referring to the latter as “Sinkeh” or “Sinkhek” (“new guests”).

Moreover, some Peranakan aligned themselves with the British and Dutch colonial powers, so much so that those in the Straits were referred to as the “King’s Chinese”.

Others took part in the struggles for independence, with Peranakans such as Lee Kuan Yew (who did not openly acknowledge his identity) and Tan Cheng Lock becoming national, even regional heroes.

“I remember little domestic moments, like when she used to wear her sarong, fastened around the chest while doing housework and cooking, or of her speaking Baba Malay to her mother.”

What Phye Keat’s mother was speaking was a patois: Malay mixed with Hokkien words and phrases (as noted, many Peranakan families were originally from Fujian, where Hokkien emerged) such as “kamsiah” for “thank you.”

Today however, Phye Keat’s links to Peranakan culture is mostly through his memories. Having moved from Malacca to PJ to train to be a teacher, his mother converted to Christianity and raised him speaking English.

While he was able to speak Hokkien and Cantonese in his youth, he feels his skills have declined.

His 22-year old daughter, Li Ann, also a lawyer, can only speak English and has a very limited Mandarin vocabulary even though she had Mandarin tuition when she was four and studied it at school.

“She (her paternal grandmother) was getting old by the time I was of age to communicate with her. I don’t feel as though I have the right to celebrate this culture, nor is it something that I widely tell people I identify with. It’s just part of my history.”

Of course, The Ghost Bride – which is a Malaysian-Taiwanese joint production – is not a documentary and the decision to use Mandarin was commercial, to appeal to a wider audience.

However, the effect is one of homogenisation and the series suffers as a result. Some superficial aspects aside – it could have taken place literally anywhere in the Chinese-speaking world.

A more compelling approach would have been to capture the wonderful hybridity that characterised colonial Malacca, a veritable melting pot of cultures, faiths and languages.

This is the paradox the Chinese diaspora faces.

By adopting Mandarin, they can connect to the huge Greater China market. However, this runs the risk of erasing the rich diversity of Chinese civilisation.

Language is political and will be politicised, including the Mandarin vs dialect dichotomy.

More recently, the on-going Hong Kong unrest has seen Cantonese emerge as a symbol of protest against what the islanders see as China’s encroachment of not only their political, but also cultural autonomy and distinct identity.

The Peranakan experience is a rebuke to the idea that the Chinese are monolithic.

It would be a great shame if viewers come away from The Ghost Bride believing that “all Chinese are the same” – they certainly aren’t and will never be. 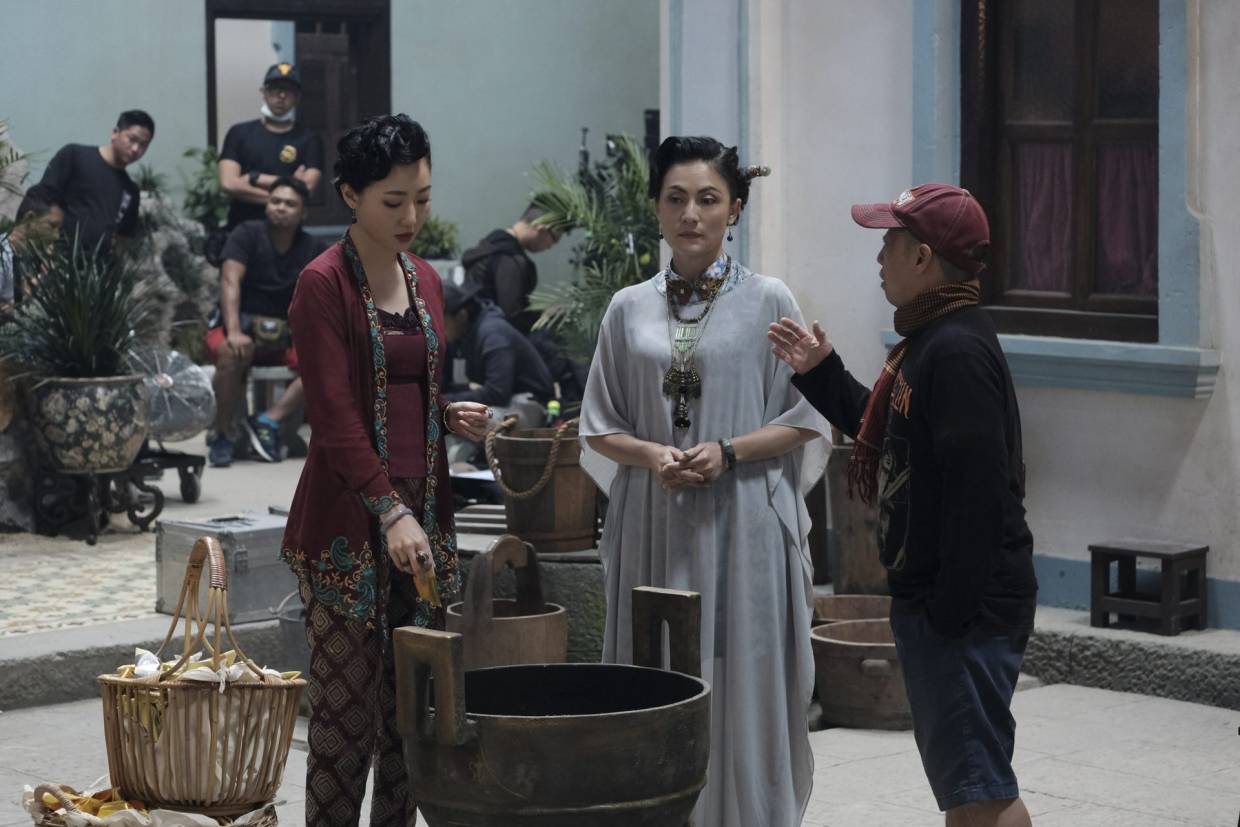 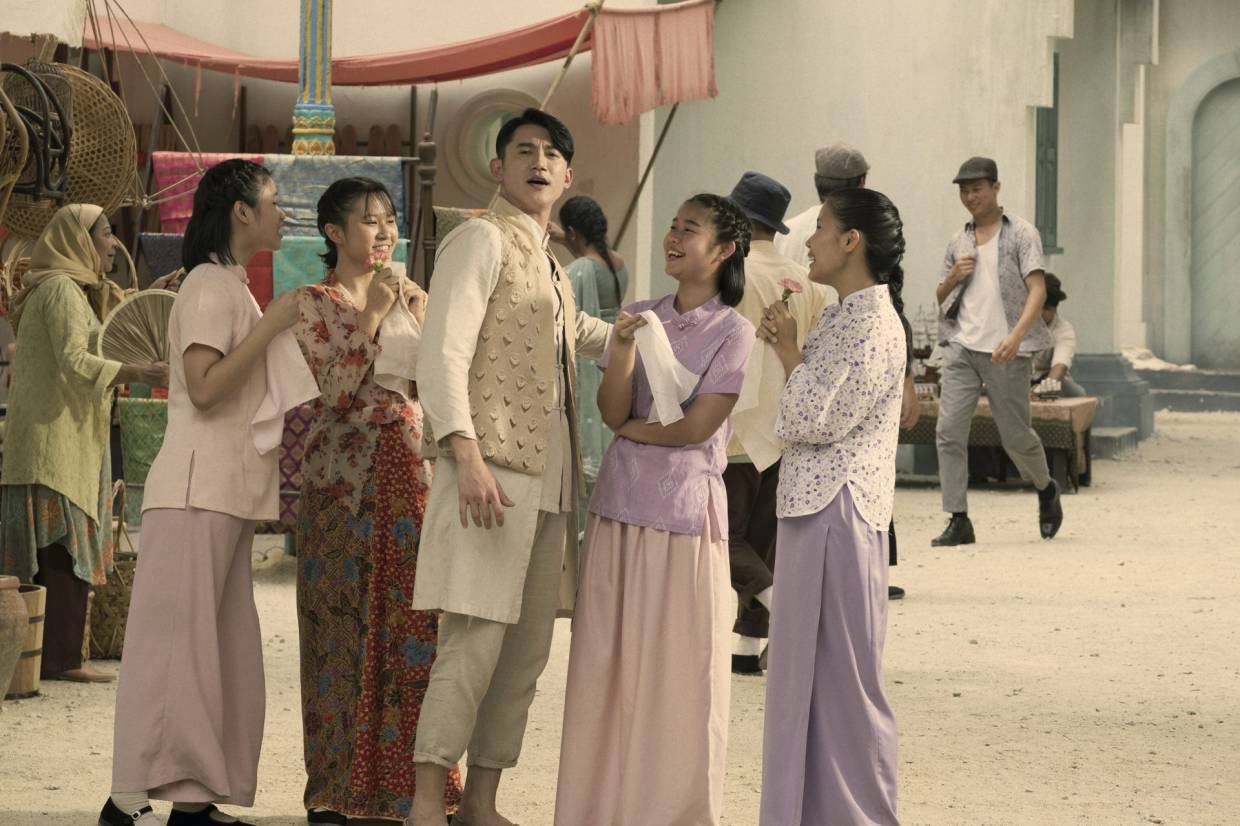 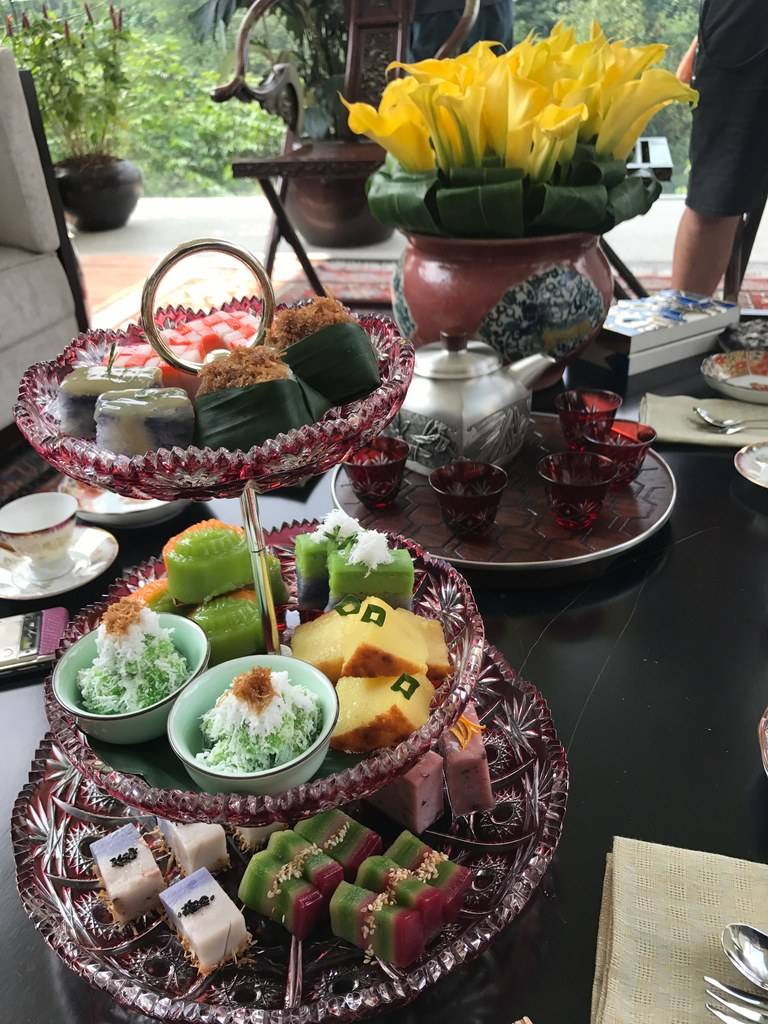 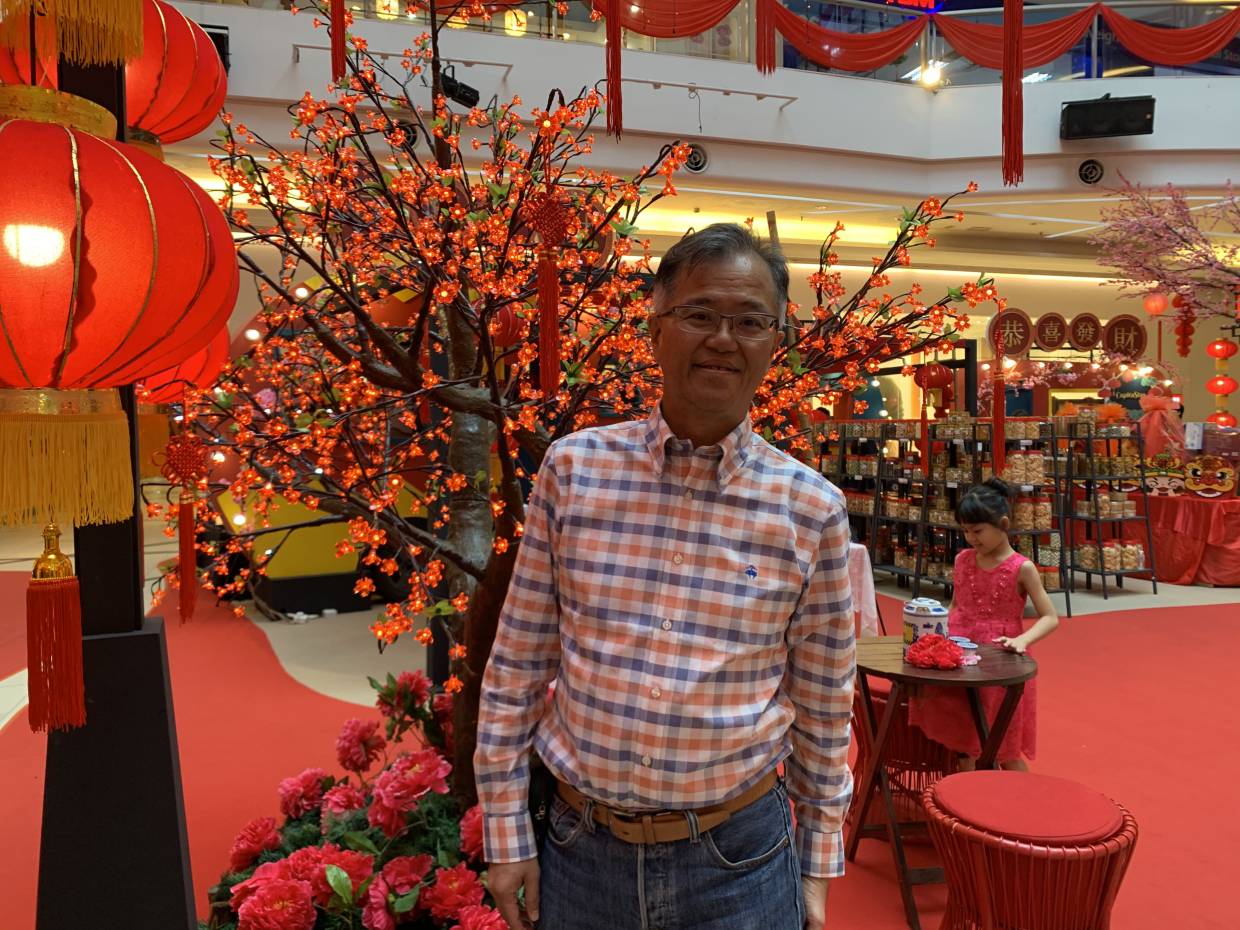 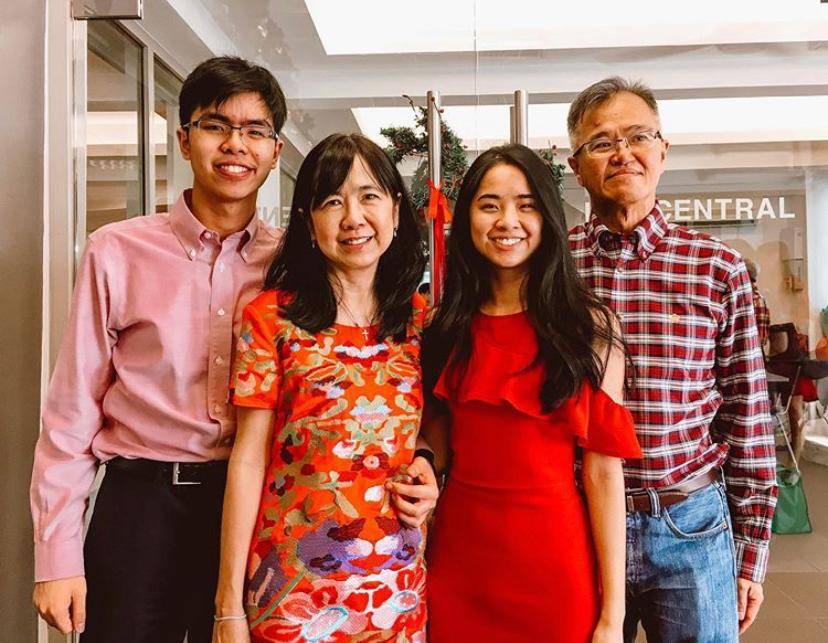 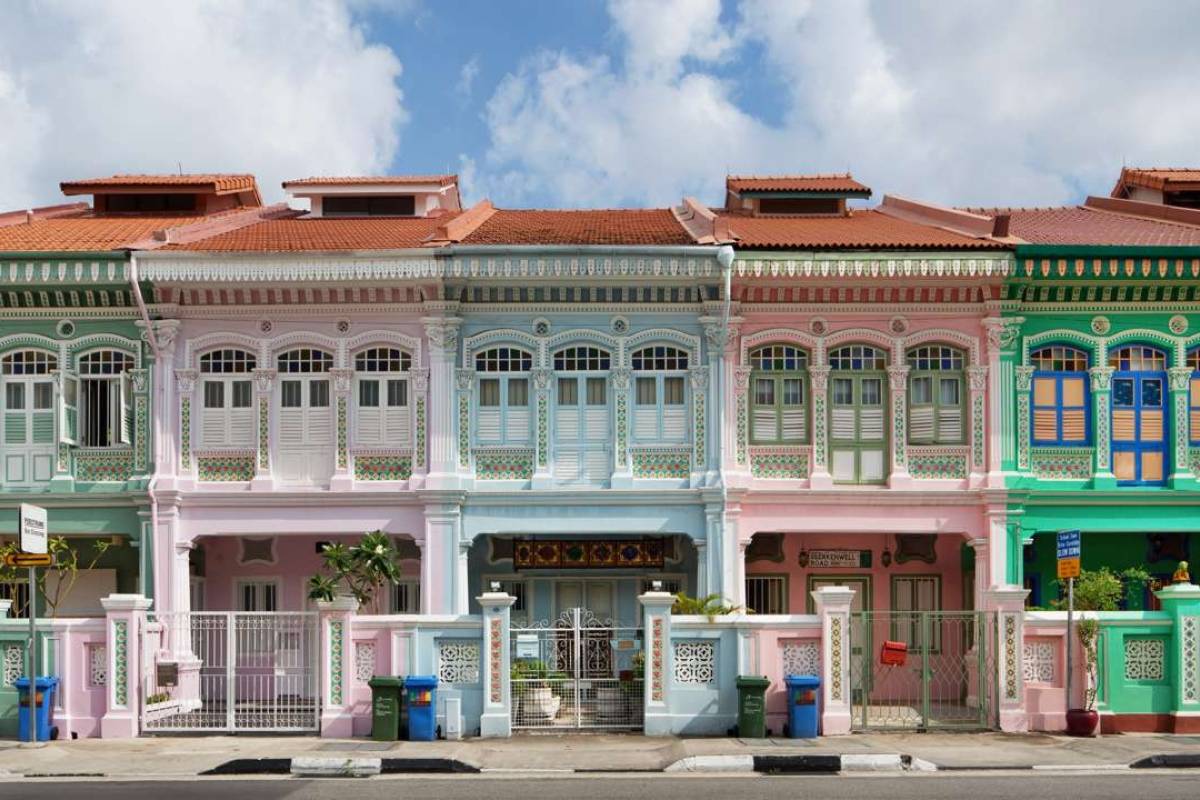 Behind the scenes of Netflix’s original series 'The Ghost Bride', which is set in 1890s Malacca. — Netflix

'The Ghost Bride' borrows heavily from Chinese Peranakan (or Straits Chinese) culture but the dialogue is almost entirely in Mandarin. — Netflix

Chew: 'I remember little domestic moments, like when my mother used to wear her sarong, fastened around the chest while doing housework and cooking, or of her speaking Baba Malay to her mother.'

Chew with his family now feel that their Baba Nyonya is just part of their history. 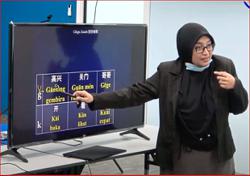 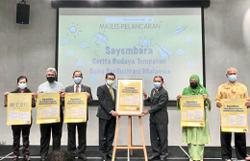