An auteur in his own right

Serious hit maker: Joko's films are not only box-office hits in Indonesia; they also explore heavy issues of the country while subverting societal norms and expectations. – Photos courtesy of Team Ceritalah

JOKO Anwar is a protean talent.

Switching from genre to genre, the 44-year-old cineaste and former “enfant terrible” has grown ever more assured in his handling of the language, rhythm and musicality of film.

In 2019 alone, the Medan-born auteur has written and directed two box-office hits – Gundala (“Lightning” in old Javanese) and Perempuan Tanah Jahanam (released overseas as Impetigore) – both of which have sold well over 1.5 million tickets. He’s also the scriptwriter for two other hits, the comedy Orang Kaya Baru (“New Rich People”) and the Ratu Ilmu Hitam (“Queen of Black Magic”) horror flick.

While none of the films have approached his huge, 2017 breakout success Pengabdi Setan (“Satan’s Slaves”) with 4.2 million tickets sold, the latest bonanza underlines his extraordinary inventiveness as he switches between the urban dystopia and amorality of contemporary Jakarta and the mysticism and symbolism of the Javanese heartlands.

Joko is a large, burly man. His charm and wry sense of humour masks an immensely hard-working and focused creative mind. As he told Team Ceritalah when he sat down with them recently: “I consider myself a true film buff. And I want to make films the way I consume them. So, I end up making all kinds of movies.”

That might be an understatement: Gundala, an action flick based on a popular Indonesian comic series is to be the first of eight planned movies in the “Bumilangit Universe”, to be released until 2025 à la the Marvel Cinematic Universe and the first franchise of its kind in Southeast Asia.

Gundala is a dark, moody film, anchored by stand-out performances from the lead actor, the smouldering and yet quirky Abimana Aryasatya as well as the superbly sinister villain played by Malaysia’s Bront Palare.

The atmosphere is oppressive from the get-go. In an isolated factory riven by conflict, a desperate workforce goes head-to-head with a brutal and unseen owner.

Suddenly, we switch to Jakarta. Joko eschews the glamour of Menteng and Kebayoran. Instead, he conjures up a gritty world of tenements, street markets and urban kampungs where thuggery and casual violence rule from the slums to the highest echelons of power.

Joko taps into a deep reservoir of urban despair not unlike the Philippine prize-winning director Brillante Mendoza as elites, through their control of the mass media distort the public’s awareness of events and issues. While the premise isn’t ground-breaking, its execution – the unease and fear – is very real.

It’s hard to ignore the parallels between Joko’s art and what’s happening in real life. But the director staunchly denies trying to convey any kind of overtly political message in his work.

“I do have things to say in all my films, but I specifically try not to take sides.”

That said, he cannot refute that all art is inherently political. Indeed, having started as a journalist and film critic for the trail-blazing Jakarta Post, he’s a man with strong views.

“I make films based on my reactions to whatever is happening in society at that time. I am political, I can’t deny that.

“But here’s the thing, part of being a functional citizen is that you must be active in voicing out about the way your country is being run.

“If someone is doing something wrong, you criticise them. You cannot afford to blindly support politicians.”

Joko will of course protest that his movies are meant to entertain first and foremost. But he also sees it as his responsibility to contribute to the collective awareness of Indonesians regarding important issues such as corruption and the pervasiveness of patriarchy.

Unsurprisingly therefore, many of Joko’s films revolve around the role of women as mothers and wives.

In Pengabdi Setan, a woman under pressure to have a child winds up embroiled in a satanic cult.

In Ratu Ilmu Hitam, another female character places curses to enact revenge on her mother’s torturers and the sexual abusers of her friends.

Similarly, in Perempuan Tanah Jahanam, the source of the curse that propels the plot is a woman who was raped by the main character’s grandfather.

Perhaps his background – raised primarily by his mother in a poor household – may explain Joko’s sympathy to the plight of women.

His female characters actively shape the narrative – and in the case of his leading lady-cum-muse, the slender but athletic Tara Basro—she can “hold” the camera’s attention for minutes on end. The intensely scary opening scene to Perempuan Tanah Jahanam with the feisty Tara pitted against a machete-wielding attacker will change your perceptions about humble toll-road payment collectors forever.

The men in Joko’s movies – especially the father figures – are generally non-existent or useless. Even in Gundala – a testosterone packed superhero movie – it’s (spoiler alert) a female superhero that swoops in and saves the male protagonist.

Joko’s work is reminiscent of the African-American director Jordan Peele, (Get Out and Us) whose work is underpinned by a sense of dread and barely hidden violence. Both directors subvert societal norms and expectations while producing mainstream movies that cross (and even transcend) the genres.

When asked how he had the time to get involved in four movies in one year, he laughed: “I just love my work. Honestly, I don’t sleep. I work everywhere!”

For cinema lovers in Indonesia, Joko Anwar is very much a household name. I am convinced that it’s only a matter of time before this man achieves pan-Asian, if not global success.

Such is his verve, growing mastery of the art of storytelling and sheer, raw determination. 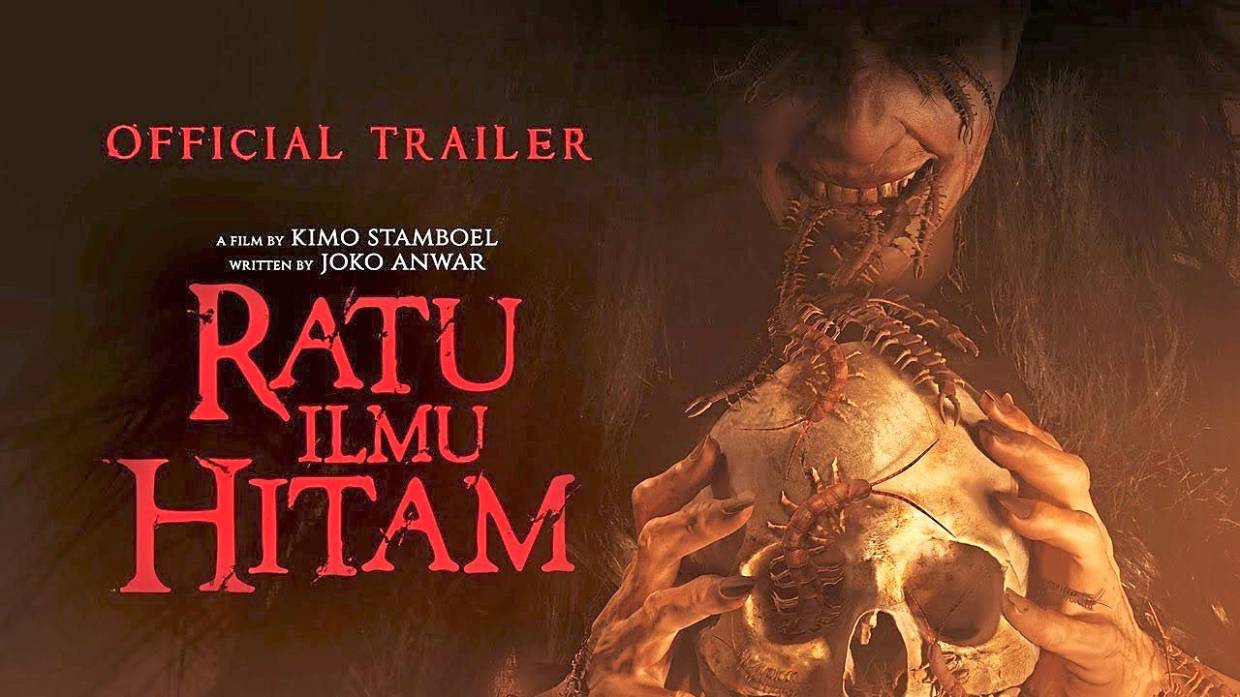 Serious hit maker: Joko's films are not only box-office hits in Indonesia; they also explore heavy issues of the country while subverting societal norms and expectations. – Photos courtesy of Team Ceritalah

Joko: ‘I am political... But here’s the thing, part of being a functional citizen is that you must be active in voicing out about the way your country is being run.’

Many of Joko’s films revolve around the role of women as mothers and wives, like 'Ratu Ilmu Hitam'.

'Gundala', an action flick based on a popular Indonesian comic series, is to be the first of eight planned movies in the Bumilangit Universe. Gundala’s protagonist, Sancaka, is played by Abimana Aryasatya.

The writer with a member of Team Ceritalah, after watching ‘Gundala’ in Kuala Lumpur.

The death of Sancaka’s father is a pivotal moment in 'Gundala'.

Joko’s work is reminiscent of the African-American director Jordan Peele ('Get Out' and 'Us'), whose work is underpinned by a sense of dread and barely hidden violence.