An India in retreat has implications

Modi (front 2nd right) visits a FANUC factory with his Japanese counterpart Abe in Oshino, Yamanashi prefecture in 2018. However, Abe, a staunch friend of the South Asian nation, unexpectedly resigned to focus on his health last month, potentially weakening a bilateral relationship. — AFP

WHEN India's history of the quarter-century is written, the last seven days of August 2020 will probably go down as one of its most dismal periods.

This was the week when the vast and densely populated nation reported a global record in the daily rise in coronavirus infections and an economy that contracted by nearly a quarter in the April-to-June period from a year ago. The bad news came amid reports of fresh Chinese military incursions on the Himalayan border, where the world's largest standing armies are in a tense face-off.

To cap it all, Japan's Prime Minister Shinzo Abe, a staunch friend of the South Asian nation, unexpectedly resigned to focus on his health, potentially weakening a bilateral relationship seen as a key plank in Asia's emerging geopolitics.

Each of these developments impacts wider Asia even as they add up to a somewhat unflattering picture of the strategic reflexes of Asia's No. 3 economy and military power. Worse, they could cause the stricken nation to withdraw into a sullen shell.

As host to the world's second-largest population and a close neighbour of China, it was inevitable that India could not be immune to the Covid-19 outbreak first reported from that country. As an economy whose spending on public health was always inadequate - 1.5%of gross domestic product (GDP) versus 6% for China - it was also beyond doubt that India was extremely vulnerable to disease outbreaks.

Nevertheless, the scale of the outbreak has been stupefying. Within a 24-hour period three notables - a former president, a doyen of Indian diplomacy and the nation's first woman heart surgeon - died of complications from the coronavirus, just as Home Minister Amit Shah was released from hospital after post-Covid-19 treatment. 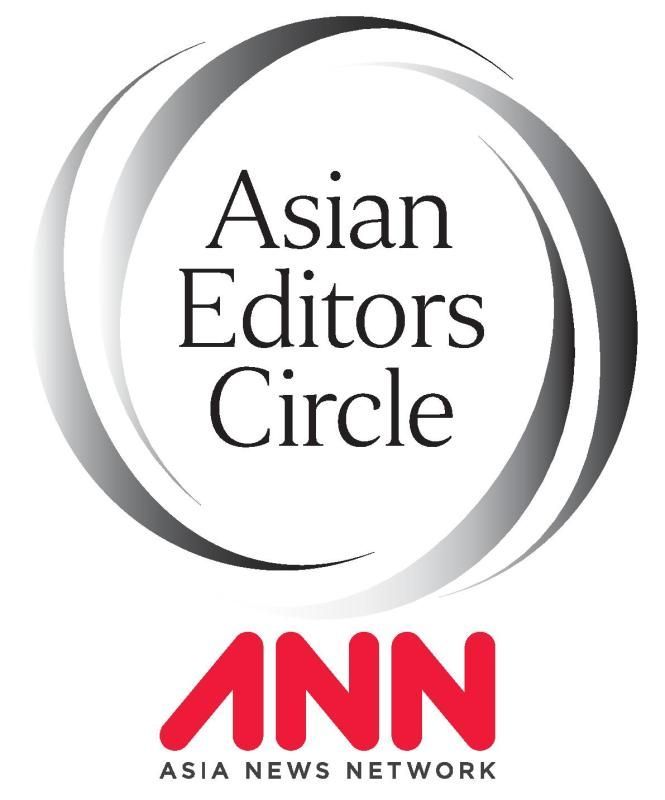 While the three dead were all above the age of 80, there is every chance that India this week will pass Brazil for the second-highest number of coronavirus cases worldwide. Adding to the worry, the outbreak, once centred in urban areas, is now fully within its vast hinterland, which is significantly underserved for medical facilities.

Yet, it is not as if India did not have adequate warning about the threat. It began surveillance measures in mid-January and its first case was reported on Jan 30 in the southern state of Kerala.

Incredibly, in late February the government proceeded to organise two large public events in Prime Minister Narendra Modi's home state of Gujarat - massing people along the roads of the city of Ahmedabad and in a sports stadium - for visiting United States President Donald Trump. For a while thereafter, the central zone of Ahmedabad became an epicentre of the virus.

In the first half of March, the Bharatiya Janata Party (BJP)-led government's focus seemed to be on toppling the Congress Party-led state government in Madhya Pradesh, which it accomplished on March 21. Three days later, with a mere four hours' notice, Modi ordered a nationwide lockdown - initially for a three-week period, then for a further 19 days.

Millions of low-wage and migrant workers left jobless by the business shutdowns struggled to reach home, often trudging hundreds of kilometres on foot. The measures may have bought a little time for the health authorities but by late April, there still were over 31,000 confirmed cases - the number doubling approximately every nine days - and over 1,000 confirmed deaths. On June 8, unable to bear the economic pain, India attempted a phased reopening, and further easing was done late last month.

The lockdown crushed the economy, as figures for the June quarter showed. Growth had already slowed considerably before the virus struck, thanks in part to a banking crisis and the lingering effects of Modi's surprise cancellation of high-value currency in late 2016, hurting the cash-dependent economy.

Now, the pandemic-led disruption has laid it waste. Unemployment has more than trebled from the high single digits. Although some indicators - tractor sales and motorbike sales in particular - are beginning to look healthy once again, large sections of industry remain listless.

As for tourism, even if domestic traffic revives, it will be years before foreign tourists think of India as a safe destination. Not entirely of its own fault, the goal of reaching US$5trillion (RM20.8 trillion) in GDP by 2025 is out of reach.

The missteps have been most pronounced with China. Lulled by the chemistry he developed with Abe, which clearly profited India, Modi seems to have let his guard down with Chinese President Xi Jinping, who was similarly cultivated.

Even as China's "wolf warrior" diplomats grew more vocal and its army more assertive around the disputed Sino-Indian boundary for the past six years, a domestically focused Indian government altered the ground situation in disputed Jammu and Kashmir, India's only Muslim-majority state, in August last year.

Making good on election promises, Modi moved to curb the insurgency-hit territory's limited autonomy by withdrawing its statehood and splitting it into two federally administered territories. The Ladakh region of the former state abuts Tibet and Xinjiang.

Unsurprisingly, the move to "restructure" Jammu and Kashmir did not go down well with China, which has held a swathe of contested territory in Aksai Chin from 1962. China National Highway 219, which connects Xinjiang and Tibet, runs through the area.

India also completed building a high-altitude, all-weather road to a forward air base that could potentially curb China's access to Highway 219 in a conflict.

The Chinese Foreign Ministry swiftly responded, urging India to be "cautious in its words and deeds on the border issue, strictly abide by the relevant agreements reached between the two sides, and avoid taking actions that further complicate the border issue".

The warnings were dismissed. Having stirred the pot, New Delhi was slow to protect its claimed boundary. It was slow to move up troops into the icy Himalayan slopes of Ladakh this spring after the snow melted and found Chinese troops already in occupation of several key spots along the so-called Line of Actual Control, the undemarcated border, making its own access road vulnerable.

A deadly clash on June 15 saw the deaths of 20 Indian soldiers and an unspecified number of Chinese troops, the first military fatalities between the two Asian giants in more than three decades.

Despite negotiations at military and diplomatic levels, the situation only seems to get worse. This week, an Agence France-Presse report quoted a member of the Tibetan Parliament-in-exile as saying that a Tibetan-origin soldier with Indian special forces had been killed on Saturday night and another was wounded.

India's external intelligence outfit, the Research and Analysis Wing (RAW), is said to maintain a division strength cadre of mostly Tibetan emigres. Called the Special Frontier Force, it is secretly trained to be airdropped into Tibet for sabotage missions.

Given Chinese sensitivities about the Dalai Lama's presence in India, New Delhi's use of ethnic Tibetan forces, while meant to send a calibrated warning to Beijing, is another worry point.

Hazards of an echo chamber

None of this is to absolve China of its share of the blame. Beijing has regularly trod on Indian sensitivities on a variety of issues, especially as it watched the tightening US-India security embrace. All the more reason why India should have been on guard.

Given India's intensifying security and intelligence cooperation with the US, Japan, Taiwan and Australia, in addition to its own resources, it was bizarre that New Delhi seemed clueless to Chinese intentions in the disputed borderlands and its forward movement of patrols.

Perhaps it has something to do with the quality of advice it receives. Last year, in a bureaucratic manoeuvre, the No. 2 man in RAW, known for his forthright opinions, was sent into retirement rather than promoted to the top post.

Likewise, even as Modi announced he would appoint a first-ever chief of defence staff on Aug 15 last year, he waited for the blunt-spoken air force chief, senior-most of the three services chiefs, to retire last September before handing the job to the superannuating army chief, an officer seen as more aligned with BJP thinking. India may be paying the price for its leadership's penchant for living in an echo chamber.

These tensions are also a source of anxiety for South-east Asia, sandwiched as it is between the giants.

Equally disappointing from a South-east Asian perspective, the India that once confidently stepped out to face the world is in retreat.

Take Tata Group, India's most globalised conglomerate. Fifteen years ago, the news was about Tata and other Indian companies picking up assets overseas.

But Tata's high-ticket ventures into European companies like Corus Steel are now looking questionable. The marquee brand Jaguar Land Rover, which it bought from Ford Motor and turned around to great profit, has begun to be a drag on the group. This is piling pressure on Tata's management to look even more towards home.

The developments come at a time when the Indian government itself is deeply inwardly focused.

Indeed, under Modi, the state has grown more and more zealous about protecting its domestic market from outsiders. Socialist-era slogans like "self-reliance" are getting new life.

It has raised tariffs for four years in a row and, last November, announced its withdrawal from negotiations for the Regional Comprehensive Economic Partnership (RCEP), partly because of fear of being flooded by Chinese goods.

It is noteworthy that India is the rare Asian economy that does not have China as its top trade partner. Last year, two-way trade with the US was US$143bil (RM595.4bil) against US$84bil (349.7bil) with China.

Of course, there may come a day when it might rue its decision to leave the RCEP.

An India in retreat isn't good news for anyone, not even China.

South-east Asia needs not only India's huge markets but also its free-spending tourists and agricultural and industrial produce - perhaps even its strong voice in councils.

A shrunken and sullen India would make for a less complete Asia, just as Europe is reduced by not having Britain in its fold.

For countries like Singapore, which invested so much diplomatic effort to have New Delhi included in forums such as the East Asia Summit and full dialogue partnership status with Asean, it would be especially disappointing. — The Straits Times/ANN

Ravi Velloor is Associate Editor at The Straits Times, a member of the Asia News Network (ANN), an alliance of 24 news media entities. The Asian Editors Circle is a series of commentaries by editors and contributors of ANN.