Towards Asia’s most dangerous decade

Biggest tripwire for Asia: A fault line is emerging between the US and China as President Donald Trump's administration, with bipartisan backing, turns to confront Beijing as no other administration has done in recent memory. - AFP

Sometimes credited to Ernest Hemingway, those taut sentences that capture a story of despair preceded by hope have been running in my mind time and time again as I contemplate what could be the still-born reality of the Age of Asia or Asian Century.

Until a year ago, China’s rise to stand tall with the United States alongside a towering Japan, its success in lifting more than 600 million from poverty within a generation, and prospects of a post-colonial India and an Indonesia-led South-east Asia taking up position just behind, dazzled the imagination.

The rising trade and investment flows within the region, and booming air traffic as Asian travellers sought out other cultures to appreciate and profit from, held promise of a flowering of Asian economic muscle and popular culture. Some thought it might even eclipse what was witnessed during Europe’s era of empire in the 19th century and the American Century that followed.

From a purely statistical point of view, the Age of Asia may have already materialised. 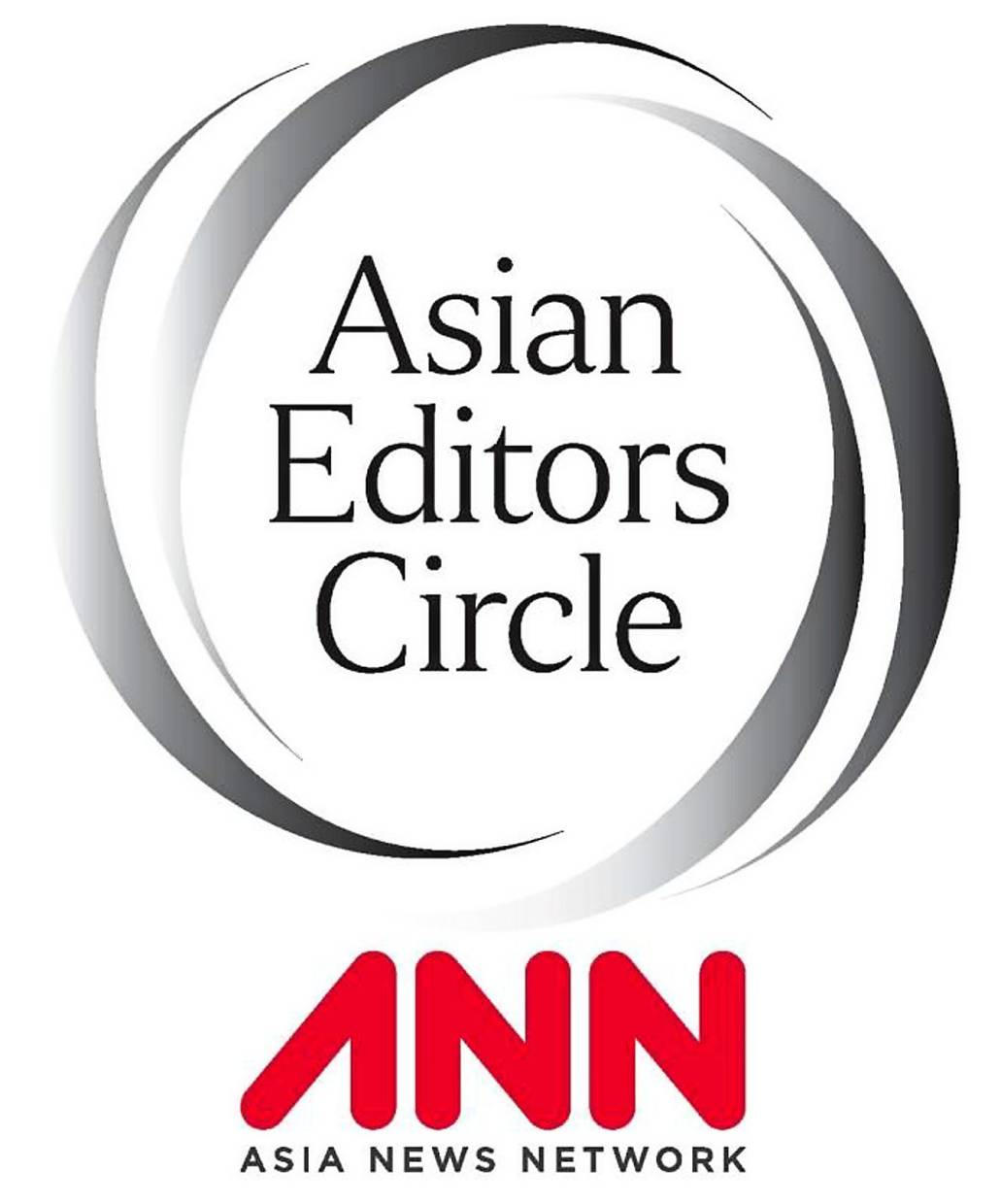 Asia today has half of the world’s middle class and some two-thirds of the world’s great urban agglomerations. More Asians live under some form of democracy, imperfect as many of them doubtless are, than any other region in the world.

Ranked by purchasing-power parity, of the six biggest economies – China, the United States, India, Japan, Germany and Indonesia – four are Asian. And some analysts feel China’s Belt and Road Initiative (BRI) could one day come to be seen as the watershed diplomatic project of the 21st century, much like the post-World War II founding of the United Nations and World Bank combined with the Marshall Plan.

Yet, as the approaching days mark not just the end of the year but also of a critical decennium, the outlook is decidedly less downbeat. Indeed, Asia could be heading into its most dangerous decade, one in which nations are called upon to make uncomfortable choices, not to speak of the risk of open conflict erupting in their midst.

The biggest tripwire for Asia is the emerging fault line between the US and China as President Donald Trump’s administration, with bipartisan backing, turns to confront Beijing as no other administration has done in recent memory. What started as a trade war that used washing machines and solar panels as proxies has emerged into a full-blown containment attempt by the US to hobble the country technologically and keep it off-balance strategically.

From charging that it thieves valuable Western technology to discomfort over the surveillance state it operates, there is little Washington finds right with Beijing these days.

As David R. Stilwell, assistant secretary in the Bureau of East Asian and Pacific Affairs said this month, “this administration now is addressing the PRC as it is, not as we long wished it would be”.

The consequences are sobering, especially in an age where technology dominates everything you do - and, increasingly, think.

Pat Gelsinger, a top-ranked American CEO who heads technology company VMWare, told me recently that companies such as his have little option but to prepare for the walls that are rising, creating a two-trading-bloc world, one US-centred and the other, China-centric.

Alongside, Western militaries – and some Eastern ones, particularly Japan and India – are aligning doctrines with China in mind. Nato this month all but called China its top threat and Japan upgraded its observer status to that of a full-fledged participant in Nato’s cyber-security wargames, called Cyber Coalition. Increasingly, the equipment India is assembling on its China border is of US origin, even as it signs agreements with Washington for their greater inter-operability.

A recent US Congressional blue-ribbon panel encouraged US allies to pool data for a common strategy on artificial intelligence (AI) among Western democracies such as Canada, Australia and Britain and other European nations, rather like the Five Eyes intelligence collection system.

The report suggests that “a network of partners” should share research and talent to fend off Chinese-led efforts for “using AI to build a dystopian surveillance state”. Nato secretary-general Jens Stoltenberg apparently endorses the idea.

Asians themselves have been busy resurfacing old rivalries and hurts, and confronting new ones. Buried for a while in the rush to rise from poverty, some of this is bubbling to the surface, now that many nations have achieved a measure of prosperity.

In northern Asia, China and South Korea, two nations that benefited immensely from normalising ties with Japan and its investments, are once again training suspicious eyes on Tokyo, much of it driven by the politics of nationalism.

South-east Asia’s tenuous political integration has been halted in its tracks on account of a variety of issues that divide continental and maritime Asean, Muslim and non-Muslim Asean states, as well as disparities in economic development.

Asean’s self-confidence as a regional body was shattered when it could do nothing to prevent an assertive China from swiftly building six artificial islands in its backyard over a two-year period, and then demanding a say in which navies are allowed to exercise with Asean member states in the South China Sea. The result of all this is that, while China’s rise should have been the tide that lifted all Asian boats, its neighbours generally take a much more negative stance towards its military and economic growth than countries elsewhere, as the latest Pew report released on Thursday indicated.

Indeed, in some South-east Asian nations like the Philippines and Vietnam, nationalism that used to be defined in anti-American terms not long ago now takes on distinctly anti-Chinese frames, never mind if the official line is far more placatory.

South Asia does no better. Positions along the long and undemarcated Sino-Indian boundary, for instance, have only hardened with time. A package deal to settle the issue that Beijing offered in the early 1960s is today off the table. For the same reason that China has grown more inflexible on the border issue – the power disparity with India is so wide it does not have to – the Indians also will yield nothing to Pakistan on Kashmir, the key issue bedevilling ties between South Asia’s biggest economies. The immense amount they spend on their militaries hobbles meaningful investments in critically needed areas such as education and healthcare.

China’s economy itself has been on a slowing trajectory for nine years, wheezing under a mountain of debt and inefficient state-owned enterprises that are favoured nevertheless by Beijing. It took the stock market collapse of mid-2015 to bring China’s economic vulnerabilities into sharp relief. Today, outside forces are also at work to bring it to a standstill. For instance, the BRI’s flagship project, the China-Pakistan Economic Corridor, is fraught, caught in the geopolitics of the subcontinent that also stops India from tapping the vast investible funds available with China.

Hopes that the two Asian giants will leave their territorial dispute “for future generations to resolve”, as a favoured Chinese formulation often has it, have been dashed. Indeed, what to speak of a bilateral trade pact, New Delhi has damaged regionalism by even pulling out of discussions towards a Regional Comprehensive Economic Partnership (RCEP). With Japan saying there can be no RCEP without India, a key building block of the Asian project is in limbo.

From Mao Zedong to Jawaharlal Nehru to Sukarno, followed by next generation leaders such as Suharto, Lee Kuan Yew and Mahathir Mohamad, strong leadership in the second half of the 20th century set the stage for what should have been Asia’s domination of the 21st century.

For a while it looked as though Asians still looked to strong personalities to rule them. But the era of contemporary strongmen is fading. In Russia, which has more territory in the Asian landmass than in Europe, Vladimir Putin is a weakened man. In Asia’s largest population centres, China and India, home to its No. 1 and No. 3 economies, Xi Jinping and Narendra Modi are both diminished leaders, the wisdom of their decisions increasingly in question amid sputtering economies and an uncertain neighbourhood.

The situation is particularly vexed in India, which has slipped back into the desultory expansion derisively known as the “Hindu rate of growth”. Its once-admired democracy and secular values are under intense scrutiny as Hindu nationalism jostles with the economy and often seems to take priority. In the Philippines, which won back its democracy after much travails, Rodrigo Duterte’s rise has been a setback for key institutions such as the police and judiciary. Under him, the Philippine economy has surrendered to Malaysia the No. 3 spot in South-east Asia it had grabbed from it just three years ago. In Myanmar, the aloof and distant personality of democracy icon Aung San Suu Kyi is alienating people by the day, and some are leaving her National League for Democracy to set up alternative parties.

Asia may yet get its century but it will be one with no clear narrative or central message. Indeed, it could have more sub plots than the Dickensian classic, Bleak House. And it may well be a messy one, particularly the decade we are poised to enter.

Ravi Velloor is Associate Editor for The Straits Times. This article is part of the latest series of the Asian Editors Circle, a weekly commentary by Asia News Network (ANN) editors and contributors, published by members of the regional media group. The ANN is an alliance of 24 news media titles across the region.