ON June 25-26, I represented the Prime Minister and led the Malaysian delegation to the 26th Commonwealth Heads of Government Meeting (CHOGM) in Kigali, Rwanda. Of the 54 member states, half did not send their heads of government to the meeting.

Malaysia has been a member of the Commonwealth since independence. Since then, Malaysia's foreign policy has been consistent. It is principled, based on international law, independent, neutral and friendly with all countries and parties, except those that are contrary to our aspirations – Israel for example.

The two documents aim to clarify the nation's foreign policy under different circumstances – the first when the country for the first time changed the government, and the second to face the world after a pandemic.

Both are important to inform everyone that in general, Malaysia's fundamental foreign policy – which is to safeguard our interests in security, economy and identity – remains the same.

What changed were new approaches and focal points, suitable for the current realities.

In 2018, it refers to the direction of foreign policy, the empowerment of Wisma Putra, strengthening cooperation between agencies, and increasing public and civil society participation. Among the new programmes introduced is to share the concept of the Malay world on the international stage.

In carrying out foreign policy work, I give priority to close cooperation between the three major development sectors, namely government, business, and civil society. Thus, since 2018, Wisma Putra established twice the Foreign Policy Consultative Council (comprising of figures from various backgrounds) and the Youth Task Force (together with the Malaysian Youth Council). The latest is the establishment of a Parliamentary Special Select Committee on Foreign Policy.

Since its independence, on the world stage, Malaysia has been known, among other things, for its Look East Policy, and championing certain issues, for example, UN reforms, Palestine, Myanmar and Afghanistan.

Now, we are reorganising the work of foreign policy. To be more strategic. Among those studied are the activeness and membership in international bodies, the number of delegations abroad, the creation of roving ambassadors, appointing more honorary consuls, the number of officers of agencies abroad and creating the post of cultural attaché. 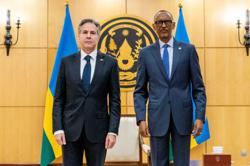