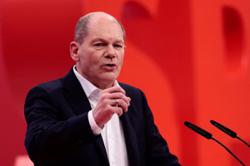 Amateur beekeeper Angel Nieto, known as "the Bee Rescuer", prepares to remove a swarm of bees from a tree on a private property, in Vina del Mar, Chile December 3, 2022. REUTERS/Rodrigo Garrido

VINA DEL MAR, Chile (Reuters) - A goldsmith by trade, Angel Nieto carefully pries away a beehive from an inner-city tree in Chile's coastal Vina del Mar. Without a protective mask, he gently places the hive in a painted wooden box and carries it to a protected space he prepared in his garden earlier.

Nieto decided this year to learn how to remove and transplant the beehives and honeycombs that appeared in the city as colonies reproduced over the Southern Hemisphere spring, in an attempt to help protect the key pollinating insect from residents who would likely destroy the hives.

Chilean scientists have warned of declining bee populations, threatened by agricultural pesticides and the impacts of climate change. Across the Americas, extreme weather has devastated colonies, threatening harvests and pushing up food costs.

In Chile, an extended drought that begun in 2010 has withered flowers and crops, wiping out food sources for the bees which pollinate many of the South American nation's main export crops, including avocados, blueberries, apples and almonds.

"It's about protecting them, taking care of them and the environment," said Nieto, who began volunteering to rescue beehives following a call from local firefighters.

He said he collects the honey from the rescued colony for his family and also as a gift for neighbors and friends.

"In this space we prepare for them, they can be free, live peacefully, without any aggressive interventions," he added. "Here they are not harmed." 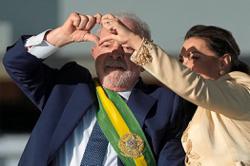 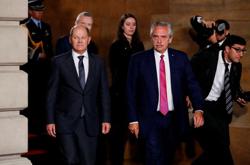 Teachers join mass walkout in Britain after decade-long pay squeeze
Turkey's push into Iraq risks deeper conflict
When judge ordered US woman to post the truth about a fatal wreck, Facebook was not kind
Human Rights Watch urges Ukraine to investigate antipersonnel mine use
Dog trapped in burning vehicle now safe, thanks to quick-thinking US Amazon driver
Vrbo is trying to crack down on Super Bowl parties in rentals
Pakistan mosque bombing death toll rises to 87
Factbox-New Zealand's new Prime Minister Chris Hipkins
Self-driving semis focus of California rules, legislation
Is there life on Mars? Maybe, and it could have dropped its teddy