By Bernadette Christina and Jamie Freed 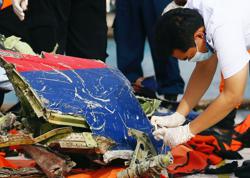 JAKARTA (Reuters) -A faulty automatic engine throttle system that was not properly monitored by pilots led to a deadly January 2021 crash of a Sriwijaya Co 737-500 jet, Indonesia's air accident investigator KNKT said in a final report on Thursday.

The crash into the Java Sea after take-off from Jakarta, which killed all 62 people on board, was Indonesia's third major commercial plane crash in just over six years and shone a spotlight on its poor air safety record.

Problems with the autothrottle system that automatically controls engine power had been reported 65 times in the 26-year-old jet's maintenance logs since 2013 and were still unresolved before the accident, the agency said in its 202-page report.

A working autothrottle is not required for a plane to be dispatched because pilots can control the thrust levers manually.

However, KNKT said in this case they did not appear to have closely monitored the asymmetrical thrust situation involving the left engine throttle lever moving back to as low as 34% speed after takeoff while the right lever stayed in its original climb setting at about 92%.

"There were several indications available that the pilots could have checked to identify the aircraft anomalies, such as engine parameters, thrust levers position, and roll angle," the agency said, adding that complacency and confirmation bias may have been a factor in the poor monitoring.

Sriwijaya did not respond immediately to a request for comment. Boeing, the manufacturer of the 737-500 jet, declined to comment.

At about 10,700 feet, the autopilot disengaged and the plane rolled to the left more than 45 degrees and started its dive into the sea.

The first officer said "upset, upset" and "captain, captain" before the recording stopped, but the captain's channel was not working, making it more difficult for investigators to analyse events.

An upset situation involves an aircraft operating outside normal flying parameters like speed, angle or altitude.

KNKT Chief Investigator Nurcahyo Utomo told reporters there had been no regulations and guidelines on upset prevention training by Indonesian airlines that ensured a pilot's ability to stop unwanted situations from occurring, with a key part of that being monitoring.

Sriwijaya has since carried out such training for its pilots, he said.

KNKT had raised the lack of upset recovery training after the 2014 crash of an AirAsia Indonesia jet that killed all 162 people on board.

Upset recovery training was then mandated in Indonesia in 2017, according to the final report, but Utomo said the aviation regulator did not update the requirement after the U.N. aviation body ICAO said in 2018 the course should also include upset prevention.

Indonesia is putting in place updated upset prevention and recovery training, KNKT said in the report. 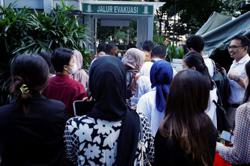