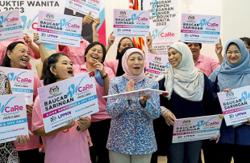 The annual global campaign held in October aims to raise awareness about the impact of breast cancer, which has become one of the leading causes of death worldwide.

Rudo Manomano, project manager for Social Services at CZEC, an organization dedicated to the advancement of Sino-Zimbabwean relations, and the organizers of the campaign, urged women to get screened early given that breast cancer is now the second most common cancer among women in Zimbabwe after cervical cancer.

"So today we are just preaching the gospel that early detection saves lives. If you find yourself with any symptoms that you do not understand please seek medical attention," Manomano told Xinhua after the march, which was held in the low-income, high-density township of Mbare, south of downtown Harare.

Manomano said the aim of the march was to raise awareness of breast cancer in the community.

Chipo Svinurai, a 62-year-old breast cancer survivor, urged women to seek assistance early. "My message to women out there is get an early examination. If it is detected at early stages, it can be treated," she said.

Svinurai added that in Zimbabwe patients who are diagnosed with cancer face socioeconomic barriers to accessing oncology care, including radiotherapy.

"For somebody who does not have money, it's a death warranty (a cancer diagnosis). Whether you are supposed to go for surgery, or whether you are going to have an investigation done, or even blood analysis, you won't access it because you do not have the money," she said.

Steadyfaith Mataga, nursing director at ZimbosAbantu Healthcare on Wheels, a mobile Medicare services provider, said in order to make medical care more accessible to the public, the organization is offering cancer screenings among other medical services to the public through its fleet of mobile clinics.

"One of our core business is to help educate the population of Zimbabwe, those who are in unreachable areas, to be aware of breast cancer," Mataga said. "Because we are on wheels, we go to where the people are, so we are bringing health education, and the actual breast cancer screening, physical screening, and then referring for any other further investigations."

In addition, she said early screening is important because cancer can quickly be detected.

"And on tracking history, you can actually pick that this one is a vulnerable person because there is a history in the family, so you then educate them, and these are the people whom we recommend to have constant mammograms and investigations," she added.

Between 2009 and 2018, cancer cases in Zimbabwe have almost doubled, according to the Zimbabwe National Cancer Registry.

According to the International Agency for Research on Cancer (IARC), the cancer agency of the World Health Organization, a total of 16,083 new cancer cases were recorded in Zimbabwe in 2020, with the most frequently occurring cancer among Zimbabwean women being cervical cancer at 29.4 percent, followed by breast cancer at 17.9 percent. 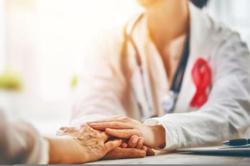 Clouds of smoke off Vanuatu coast as volcano rumbles into life
UK set for biggest strike action for years as teachers, civil servants walk out
Six-year-old uses dad’s phone to order nearly US$1,000 of Grubhub across US town
Australia aims for bigger fines a week into Outback hunt for radioactive capsule
Protesters mark Myanmar coup anniversary, junta due to make statement
This billion-dollar startup wants to bring back the dodo
Denial-of-service�attacks rise, raising concerns for banks
The worst of the rain to hit New Zealand's Auckland may have passed
Trump's fundraising for presidential bid gets off to modest start
UK sounds alarm over child exposure to violent porn