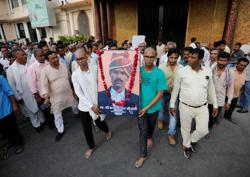 FILE PHOTO: General view of St. Peter's Basilica and the Apostolic Palace on the day former Pope Benedict acknowledged that errors occurred in the handling of sexual abuse cases while he was Archbishop of Munich, at the Vatican, February 8, 2022. REUTERS/Guglielmo Mangiapane/File Photo

BERLIN (Reuters) - A lawsuit brought against an alleged paedophile priest in Germany is seeking to establish whether former Pope Benedict and other members of the clergy were culpable in a historical case of child sexual abuse, the plaintiff's lawyer said.

The so-called declaratory action was brought on behalf of a 38-year-old man from the southern state of Bavaria, who says he was abused by a priest as a child, the BR broadcaster reported together with the Correctiv research centre and Die Zeit weekly.

Andreas Schulz, the lawyer who lodged the case with the Traunstein regional court, confirmed the report to Reuters in an email.

A spokesperson for the Archdiocese of Munich and Freising declined to comment on an ongoing legal case.

The suit targets the priest, identified as Peter H., as well as Benedict, who served as the Archbishop of Munich and Freising from 1977 to 1982, his successor Cardinal Friedrich Wetter, and another church official, documents seen by Reuters show.

The case could set a precedent in Germany's reckoning with institutional clerical abuse if it results in a civil court for the first time weighing in on the alleged guilt of church officials.

The victim, who wants to remain anonymous, was aged between 11 and 12 when the priest allegedly showed him pornography and sexually abused him, the media report said.

A report released in January on abuse in the archdiocese from 1945 to 2019 accused Benedict of failing to take action against clerics in four cases when he was Archbishop of Munich.

Benedict later acknowledged that errors occurred in the handling of cases while he held that position and asked for forgiveness as his lawyers argued that he was not directly to blame. 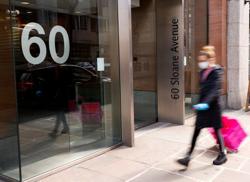