By Xiong Maoling and Sun Ding

WASHINGTON, June 18 (Xinhua) -- Thousands of Americans from across the nation gathered Saturday in downtown Washington D.C. for a rally to call attention to the living conditions of the low-income people, urging policymakers to do more to support those in the bottom.

The Mass Poor People's & Low-Wage Workers' Assembly and Moral March on Washington took place near the Capitol Hill, with protestors holding signs with messages such as "money for the poor not for war," "lift from the bottom everybody rises," "stop racism now," and "injustice anywhere is a threat to justice everywhere."

Adrienne J. Gaymon, who came from Columbia, South Carolina to join the packed crowd, told Xinhua that she thinks income gap in the country has been widening in recent years.

"It seems like there's all tax breaks for the rich and everything is more expensive and nothing's being done to help those that are struggling," Gaymon said. "I just think that the country is going backwards."

According to the website of the Poor People's Campaign, while the U.S. economy has grown 18 folds in the past 50 years, wealth inequality has expanded, the costs of living have increased, and social programs have been restructured and cut dramatically.

"The truth is that the millions of poor people in the United States today are poor because the wealth and resources of our country have been flowing to a small number of people and federal programs are not meeting the growing needs of the poor," the campaign noted.

"For those who say we have a deficit of resources, I say absolutely not. The deficit is in the human will," Bernice King, the youngest child of civil rights leader Martin Luther King Jr., told the rally, urging an "immediate abolition of poverty."

By 2018, the top 1 percent of U.S. households were securing 16.4 percent of income, up from 8.9 percent in 1979, according to a recent research by the Economic Policy Institute. The rise in income inequality over the past few decades was reducing growth in aggregate demand by about 1.5 percent of GDP. 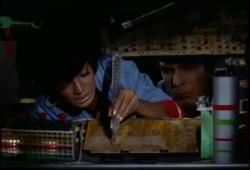