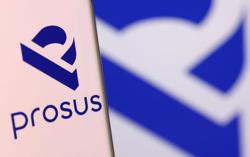 PARIS, May 24 (Xinhua) -- Air France-KLM Group is to launch a capital increase of 2.256 billion euros (2.417 billion U.S. dollars), the Franco-Dutch airline holding company said in a press release on Tuesday.

The launch of the capital increase is with preferential subscription rights to existing shareholders maintained through the insurance of 1,928 million new shares in the group to be subscribed in cash and or by offsetting claims, it said.