OTTAWA (Reuters) -Canadian Prime Minister Justin Trudeau said on Friday he would reshuffle his cabinet on Oct. 26 and ensure there was a gender balance, even though he lost female ministers in an election last month.

Trudeau was re-elected to a third term in office on Sept. 20 but only won a minority of seats, which means he needs to cooperate with opposition legislators to govern.

"The new Cabinet will remain gender balanced," said a statement from Trudeau's office. Since taking power in late 2015, Trudeau - an avowed feminist - has named cabinets with an even split of male and female ministers.

But in the run-up to the election, one high-profile woman cabinet minister quit and another three lost their seats.

His office also said the new Parliament would be recalled on Nov 22. 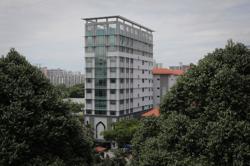