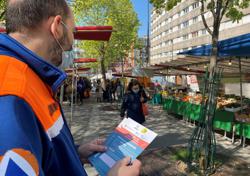 PARIS (Reuters) - A rare drawing by the Italian Baroque artist Gian Lorenzo Bernini is to go on sale on March 20 at an auction house in Compiegne, the French northern city where it was discovered six months ago.

The drawing "Academie d'Homme" is in sanguine or red chalk and represents a muscular naked man reclining on a rock and holding his forehead in his right hand in a gesture of despair.

Bernini was a 17th century master sculptor and architect who is behind many of Rome's landmarks such as the Four Rivers Fountain in Piazza Navona.

"One can see the artist has not forgotten the power and virility of Michelangelo subjects," said Dominique Le Coent de Beaulieu, head of auction house Acteon.

The work had previously been wrongly attributed to French Baroque painter Pierre Puget.

"There is almost no doubt, we are 99% sure it is a Bernini," said old drawings expert Patrick de Bayser, adding it was typical of Bernini's style to use discontinued hatching on the body's outlines.

Acteon expects that the drawing will fetch much more than its initial price range of 30,000 to 50,000 euros.

In 2019, Acteon sold a rare painting by 13th century Italian master Cimabue "The Mocking of Christ" for 24 million euros, eight times the price it had been valued at.