Prime Minister Nguyễn Xuân Phúc delivered to the parliament a report on the COVID-19 prevention and control efforts alongside measures and tasks to restore and develop socio-economic activities in Monday's sitting. — VNA/VNS Photo Văn Điệp

HANOI, May 21 (Vietnam News/ANN) — The Government of Việt Nam is asking the National Assembly to approve a revised down GDP growth, as the coronavirus pandemic continues to ravage the world’s economy.

Prime Minister Nguyễn Xuân Phúc yesterday morning sought approval from the National Assembly (NA) for a lower GDP growth this year, smaller than the original target of 6.9 per cent set last year by the Parliament. Even though the country has already started to resume its economic activities after the domestic situation has been brought under control since mid-April with no new domestically community transmission cases for 34 days so far, the target set has become unrealistic.

Based on the developments so far this year, the Government of Phuc presented two scenarios for the country in 2020.

In the more optimistic one, if Việt Nam’s important trade and investment partners start to get back on track in the third quarter this year, then the country could achieve GDP growth of 4.4-5.2 per cent against 2019. To this end, the agriculture-forestry-fishery sector grows by 2.5-2.8 per cent, the industrial and construction sector grows by 6.7-7.9 per cent, and the service sector grows by 2.8-3.6 per cent.

In the less optimal scenario, if Việt Nam’s trade and investment partners restores their economies by the final quarter this year, the country’s economy might expand only by 3.6-4.4 per cent. Accordingly, the agriculture-forestry-fishery sector grows by 2.1-2.5 per cent, the industrial and construction sector grows by 5.8-6.7 per cent, and the service sector grows by 1.8-2.8 per cent.

Other targets like State budget collection, overspending and public debts will also need to be revised, but the Government would submit the specific adjustments to the NA after the Politburo gives its instructions, he said, as he delivered a report on COVID-19 prevention and control efforts alongside measures and tasks to restore and develop socio-economic activities to the parliament.

PM Phúc said the adjustments would be necessary given the unprecedented nature of the pandemic, unseen in decades, with all sectors of the economy severely hit and disrupted due to the country’s level of economic openness and export-reliance.

Many key export products such as textiles, footwear, wood products and aquaculture saw severe drops in orders, while the service sector was hit the hardest by plummeting demand, especially tourism, food and beverages, and transport, he said.

Five million labourers in the country were estimated to have been impacted by the pandemic, he noted.

Despite a drastic drop compared to previous years’ stellar records, GDP growth of the country in the first quarter still made an enviable growth of 3.82 per cent, placing Việt Nam in the high-growth groups of the region and the world while many suffered, PM Phúc said, adding that food and energy security for the people were ensured especially during the period when social distancing orders were in place.

He also pointed to other bright spots in the economic picture, including a stable macroeconomic foundation and major balances of the economy, facilitating post-pandemic recovery. The consumer price index in April fell by 1.21 per cent from December 2019, and regulatory interest rates were down 1.5 per cent, thus ensuring liquidity for credit institutions and the economy.

The Communist Party of Việt Nam, the Government, the Vietnamese people and the military have worked together, making the best efforts to achieve the “double goals” of both suppressing the outbreak in the spirit of “fighting the disease like fighting the enemy” and maintaining and resuming socio-economic activities and ensuring people’s livelihoods.

According to him, the Government issued Resolution No 42 on measures supporting residents hit by COVID-19 with total funding of nearly VNĐ62 trillion (US$2.69 billion), along with reducing electricity, water and telecommunication prices and offering preferential loans to poor households via the Vietnam Bank for Social Policies.

During the pandemic, Việt Nam has cooperated closely with international organisations, especially the World Health Organisation, in researching and implementing treatment regimes and vaccine production.

Việt Nam has also started several diplomatic initiatives with the bid to connect regional countries in the common fight against the virus as the country holds the chairmanship of the Association of the Southeast Asian Nations (ASEAN) this year, including the Chairman’s Statement on ASEAN Collective Response to the Outbreak of COVID-19 and organising the special ASEAN and ASEAN+3 virtual summits on COVID-19.

“The victories in the fight against COVID-19 are the crystallisation of patriotism, trust and strength of the great national unity. It all demonstrates the value and superiority of the socialist system in Việt Nam under the leadership of the Communist Party,” PM Phúc said.

In the new context, the Vietnamese Government leader asked for “renewing” of growth models, improving capacity and labour productivity, making full use of the influx of foreign investment post-pandemic, and stronger role of businesses of all economic sectors who need to proactively participate in economic linkages and value chains brought about by the new-generation free trade deals such as the Europe-Việt Nam Free Trade Agreement (EVFTA), Regional Comprehensive Economic Partnership (RCEP), and the Comprehensive and Progressive Agreement for Trans-Pacific Partnership (CPTPP).

The Government also proposed that the NA consider temporarily halting the increase of the monthly basic salary for civil servants, public employees and those working in the armed forces as well as pensions, originally scheduled to start at the beginning of July this year, in order for the Government to have more resources for “urgent tasks”.

The Vietnamese Government is also suggesting the parliament greenlight a new stimulus package other than the ongoing VNĐ62 trillion (US$2.6 billion) aid for people and groups worst-affected by the pandemic.

PM Phúc stressed the need to expedite disbursement of public investment as the most important measure to promote growth in the current context.

Each ministry, branch and locality needs to have specific plans and solutions to accelerate implementation, ensuring disbursement of all public investment capital planned in 2020 and leftover from 2019, with a focus on speeding up the construction of projects on the North-South expressway, Long Thành international airport and other important and urgent projects having to do with regional linkages, PM Phúc continued.

Digital economy and digital transformation must also be high on the working agenda, the Government leader noted.

All the while, people’s livelihoods, environmental protection and adaptation to climate change must also receive special attention. — VNS 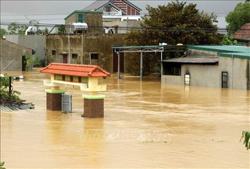 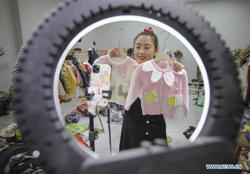