Minister of Health Dr Mohd Isham Jaafar announced the details at a press conference at the ministry’s Al-‘Afiah Hall.

Case 130 is a 39-year-old local man who returned from Kalimantan, Indonesia after participating at the Kalimantan Bike Week event with 32 of his friends.

He has been undergoing self-isolation since arriving in the country on March 16. He developed persistent cough and underwent laboratory test for Covid-19 on March 30, the minister said.

Case 131 is a 28-year-old who has undergone self-isolation since his arrival into the country from the United States of America via Singapore on-board flight Royal Brunei BI424, seat 28A on March 16.

He started developing minor shortness of breath on March 21 and submitted himself for laboratory testing on March 30 after his symptoms worsened.

The minister said, “Seven more cases treated at the National Isolation Centre have recovered and have been allowed to return home, bringing the total number of people recovered to 52.

“This means that there are 78 cases still being treated at the centre. Of these, three are still in a critical condition, while the rest are in a stable condition.”

"Meanwhile, the rest are still being treated at the National Isolation Centre and are in a stable condition, ” he added.

Currently, 692 individuals are undergoing quarantine in accordance to the Infectious Diseases Act (Chapter 204), while 1,588 individuals have completed their quarantine and are in a stable condition.

“Laboratory tests for Covid-19 for those who have returned to the country after international travels and are currently undergoing self-isolation in the facilities provided by the government have all been completed, ” the minister said.

For information, the public can visit the Ministry of Health’s website at www.moh.gov.bn, contact the Health Advice Line 148 or check healthinfo.gov.bn.

According to healthinfo.gov.bn, there are 104 cases in the Brunei-Muara District, 23 in the Belait District and four in the Tutong District. There are no cases in Temburong District. - Borneo Bulletin/Asia News Network 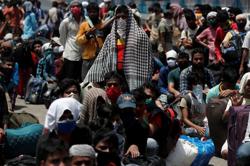 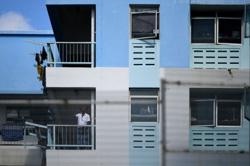