TOKYO (Reuters): Japanese comedian Ken Shimura, who had been hospitalised after being infected with the new coronavirus, has died, public broadcaster NHK reported on Monday (March 30). He was 70.

Shimura, one of the country's best-known comedians with a career dating back to the early 1970s, had been hospitalised in Tokyo and died on Sunday evening, NHK said. - Reuters 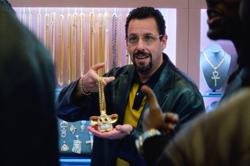