Sworn in a week ago, Muhyiddin emerged at the head of a new coalition after days of political chaos following the abrupt resignation of veteran leader Mahathir Mohamad late last month.

Earlier on Monday, the prime minister's office announced the appointment of Azam Baki as the new chief commissioner of the Malaysian Anti Corruption Commission, after the resignation of Latheefa Koya last week following Mahathir's resignation.

Lateefa had spearheaded investigations of former premier Najib Razak and other UMNO leaders over how billions of dollars were allegedly siphoned off from state fund 1Malaysia Development Berhad (1MDB). Najib has denied all wrongdoing, describing the cases against him and his wife as politically motivated. Muhyiddin announced four new senior minister portfolios to oversee the economy, security, infrastructure development and education.

"With these senior ministers, there is no need for the time being for a deputy prime minister to be appointed," Muhyiddin told a news conference.

The new lineup also includes Mustapa Mohamed, a former trade minister, as a minister in the prime minister's department in charge of the economy.

Muhyiddin had earlier met with the king to present his list of cabinet appointees. Appointments of prime minister and cabinet members can only be made with the assent of the king.

The new coalition is expected to steer policies in favour of the country's ethnic Malay majority, but the government's immediate task will be to protect the export-focused economy from the impact of the coronavirus epidemic.

Malaysia has so far reported 99 cases of coronavirus infection.

The government has cut its growth forecast for this year and announced a RM20bil (US$4.76bil) stimulus package. The economy grew at its slowest pace in a decade in the fourth quarter.

The sharp fall in world oil prices, which intensified on Monday, will also be a drag on the country, the world's third-biggest exporter of liquefied natural gas. 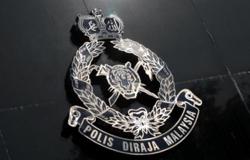 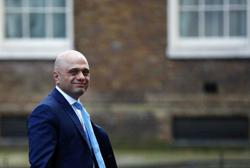