A pet dog belonging to a Covid-19 patient has contracted the coronavirus, Hong Kong health authorities confirmed on Wednesday.

Experts called it a “low-level infection” that was likely to be the first reported case of human-to-animal transmission of the disease.

The Pomeranian, which has repeatedly tested “weak positive” since last Friday – suggesting it was surface contamination, with the dog picking up traces of the virus in its nose and mouth rather than being actually infected – will now remain under quarantine with the Agriculture, Fisheries and Conservation Department for further testing.

One respiratory disease expert questioned whether the dog could be declared infected without blood test results for final confirmation. The government only added to the confusion late on Wednesday when it issued a statement without clarifying that detail.

“It is positive to tests and has been infected, so it is now quarantined in a centre by the department. Further tests will be conducted and it will not be released until the tests return negative results,” was all health minister Sophia Chan Siu-chee said during a regular press briefing on the epidemic.

Previous experience with Sars suggests that cats and dogs will not become sick or transmit the virus to humans
Professor Vanessa Barrs, City University

In its statement later, the department said experts from the University of Hong Kong, City University and the World Organisation for Animal Health had been consulted, and all “unanimously agreed that these results suggest that the dog has a low level of infection and it is likely to be a case of human-to-animal transmission”.

A spokesman stressed there was still no evidence that pet animals could be a source of infection of Covid-19 or that they could fall ill.

Apart from maintaining good hygiene practices, pet owners need not be too concerned and under no circumstances should they abandon their pets, the spokesman added.

In a response to questions from the Post, the World Organisation for Animal Health confirmed the dog was likely to be infected, but said there was no evidence that pets played a role in the spread of the virus. A stance supported by the World Health Organisation.

“With regard to the dog in Hong Kong which tested weak positive to Covid-19 virus, these findings suggest that it is likely that the dog is infected with the virus. So far it is not showing relevant clinical signs,” the World Organisation for Animal Health said.

“Currently, there is no justification in taking measures against companion animals which may compromise their welfare.”

Animal health expert Professor Vanessa Barrs from City University urged the public not to panic, as there was no evidence people could be infected by their pets.

“These test results suggest that the dog has a low level of infection, which was also found in several pets in the Sars [severe acute respiratory syndrome] outbreak in 2003,” she said.

“Previous experience with Sars suggests that cats and dogs will not become sick or transmit the virus to humans. At that time, a small number of pets tested positive but none became sick. Importantly, there was no evidence of viral transmission from pet dogs or cats to humans.”

Barrs said the weak-positive test result for the Pomeranian indicated it had been exposed to the virus, which was not surprising because the owner was infected.

All available evidence showed that cases of Covid-19 were the result of human-to-human transmission, she said.

Barrs also told the Post that while this would be the first documented Covid-19 dog infection in the world, “the key point is the dog is not sick and there is no evidence that the dog is infectious to humans or other animals”.

Professor David Hui Shu-cheong, a respiratory medicine expert from Chinese University, suggested it was still too early to say the dog was infected, and blood test results for antibody response were needed for ultimate confirmation.

“If the blood test result is negative, it means the dog is not infected,” Hui said.

The Society for the Prevention of Cruelty to Animals (SPCA), the largest independent animal welfare charity group in the city, also stressed that being infected was not the equivalent of being infectious or capable of spreading Covid-19.

“While the information tells us that the dog has a low-level of infection, members of the public should note that the dog is showing no symptoms whatsoever. We have been informed that the dog is currently very healthy and doing well at the quarantine centre,” the SPCA said.

“We wish to remind the public that there is no evidence that companion animals can transmit the disease to humans.”

Quarantine recommended for pets of Hongkongers with Covid-19

The SPCA reminded animal lovers to maintain stringent personal hygiene and limit contact with their pets if they were suspected to have contracted the virus.

The government said a second dog was also under quarantine, along with the Pomeranian, but it had tested negative for the coronavirus.

The owner of the Pomeranian is a 60-year-old woman who was confirmed to be infected and hospitalised on February 25. A member of the Jockey Club, she had been all over Hong Kong Island during her two-week incubation period, visiting private clinics, restaurants and shops, getting her hair done, going to a temple and attending wedding gatherings. 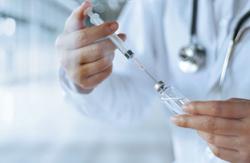