Police are expected to lift their cordon around a Hong Kong university at noon on Friday, finally ending a stand-off with violent radicals that began almost two weeks ago.

A day after entering Polytechnic University for the first time to gather evidence and remove explosive and other hazardous material, Assistant Commissioner of Police Chow Yat-ming said their work at the campus was almost finished.

Chow said police expected to hand PolyU back to the university in matter of hours, after ensuring all dangerous items had been removed.

“Later on, we will hand over the campus to university to management, ” he said, adding that it had been in close contact with its management. 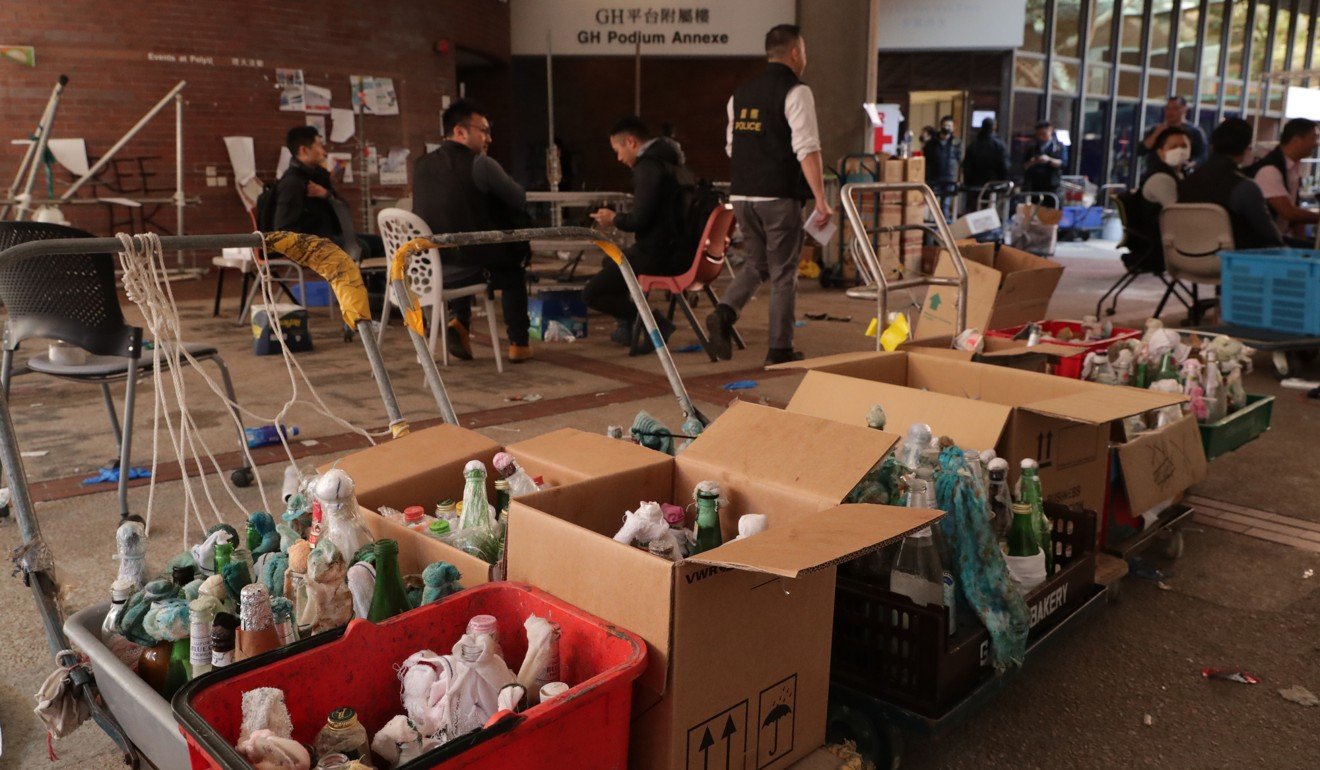 Police will also open nearby roads and will not return after leaving, Chow said.

The assistant commissioner also said police had not found anyone still hiding inside university buildings, and not made any arrests on Thursday.

On Friday morning, police found 280 more petrol bombs, 318 gas canisters, and other weapons, adding to the long list of items they discovered on Thursday.

The previous day, a team of about 400 officers recovered more than 3,800 petrol bombs, 921 gas canisters and 588 chemicals, including acid and other corrosive liquids, during their search of the university.

Some 44 vehicles inside the campus car park were damaged, and protesters are believed to have siphoned petrol from them.

The university has been on lockdown since November 17, following violent clashes between protesters and police at the Hung Hom campus.

Some of the radicals and supporters who remained inside the campus refused to leave as police arrested almost everyone leaving on suspicion of rioting, except those under the age of 18, or who required medical attention.

About 1,100 people came out in the days that followed, although some escaped, while about 300 minors had their details recorded, although police reserved the right to pursue criminal cases against them later.

Police moved in on Thursday after the end of a two-day search by a team deployed the university failed to find anyone still inside earlier in the week.