The family of a Chinese university student who fell to her death while taking a selfie is blaming the management of one of China’s most famous mountains.

The student, surnamed Deng, died at the end of October after falling from Huashan Mountain, known for its steep cliffs and terrifying hiking trails, in the northwestern province of Shaanxi.

Her family claims the barrier on the mountain was inadequate, while the management of Huashan National Park said the student was an adult who was responsible for her actions, according to a report on Monday by video website Pear Video.

Deng had been sharing selfies of her progress on the mountain with her classmates in chat groups until her sudden disappearance, the report said. Her university, in the central province of Hunan, alerted the police a day later after failing to contact her, and also informed her family that she was missing. 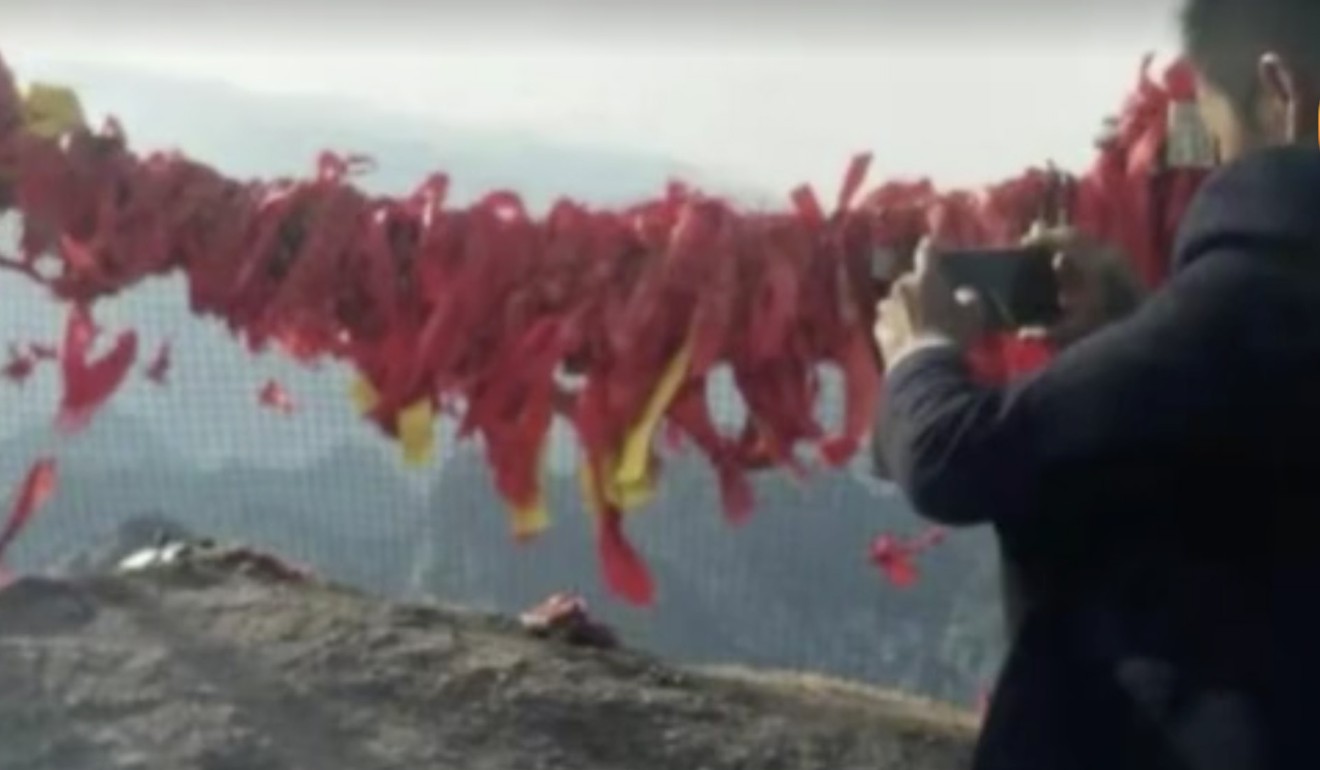 Police examined surveillance footage and confirmed that Deng had fallen from the western part of the mountain. A worker, surnamed Liu, at the tourist zone told Pear Video that Deng had ignored safety warnings, and that two employees had been standing nearby reminding tourists of the risks.

“We have evidence to prove that we have fulfilled our obligation in ensuring tourists’ safety,” Liu said.

The mountain authority has agreed to give Deng’s family 40,000 yuan (US$5,700) as “humanitarian aid” but the family feels the management should take full responsibility for the young woman’s death.

“The management insisted they are not responsible at all. They said my daughter was an adult and her death was caused by her selfie action,” Yang was quoted as saying.

Mainland internet users were divided over whether the mountain authority should be blamed for Deng’s death.

“I pay tribute to the dead victim. But I think the tour site has no responsibility for that,” wrote one user at news portal 163.com. “You are an adult and don’t know what is danger? According to your logic, all skyscrapers should have installed protection nets; otherwise they will be blamed for incidents in which people commit suicide by jumping from high buildings.”

On Weibo, China’s Twitter-like platform, one commenter wrote, “In history, no one slipped from the same point of the mountain. From this point of view, it’s easy to tell which side, the tourist or the tourist zone, should be responsible for the accident.”

But another Weibo user said the mountain authority had a duty to ensure every tourist’s safety because it charged fees. “It’s not fully responsible, but partly responsible for the accident happening.”

Huashan is one of China’s “Five Great Mountains” and has been revered for millennia. It is home to nuns, monks and numerous temples.