PETALING JAYA: Former Inspector-General of Police Tan Sri Musa Hassan (pic) has received flak from Twitter users over his comments on an article by satire news site The Onion.

Despite Twitter users pointing out that The Onion was a satirical publication, Musa insisted that the US government must make a statement on the article.

"Wait for The Onion to deny it. If not, it means that America allows the spreading of fake news," he said on Twitter.

Followed by a series of tweets, Musa continued to label the satire news site as "irresponsible journalism", and called for the site to provide an explanation.

"No wonder the world is so chaotic because they allow fake news. It's very easy to know if something is true or not.

"The agency can come out, make a statement, deny. If not, the agency's integrity could be questioned," said Musa, who is currently a lecturer at the Centre for Media and Information Warfare Studies in Universiti Teknologi MARA (UiTM).

Twitter users were quick to jump on the bandwagon with some explaining the meaning of satire to Musa.

User @joegrimjow said "Tan Sri you should just delete this tweet before it becomes viral and hurt the credibility of the police.

"We all know how the Malaysian police is so great with intel but a tweet like this will show the contrary."

@iqrarzahin echoed his sentiments, saying "Sir, this site is satirical, it is 100% fake. You should delete this first, then take a closer look to see if this piece of news is real or fake."

"This isn't about the truth. The Onion is parody, satire. The U.S does not need to deny anything because The Onion themselves will say that their article is not based on truth," said user Iskandar Danial.

The Onion is an American satirical digital media company and newspaper organisation that publishes articles on international, national, and local news. Its articles cover current events, both real and fictional, satirising the tone and format of traditional news organisations with stories using a traditional news website layout. 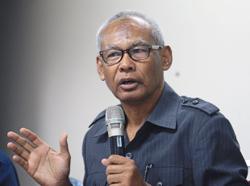 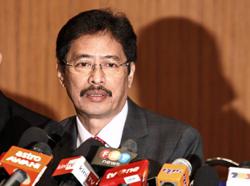 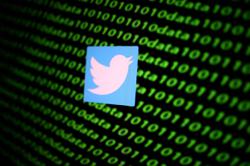 With fact-checks, Twitter takes on a new kind of task