Tight squeeze on traffic: Officials putting up a sign that bars vehicles from entering the Slipi 1 tollgate in West Jakarta. — The Jakarta Post/ANN

Jakarta: With the expansion of the implementation of odd-even plate regulations in Jakarta, more of those who work in the city are using public transportation while others rack their brains to get around the traffic lessening policy.

Civil servant M. Tasya Renaldo KM, 32, now has to alternate days between using his car, which has even-numbered plate, and public transportation to reach his office on Jl. Pramuka in East Jakarta.

“I drive according to the date. If the date corresponds with my car’s plate number (I will drive), but if the date does not match, I use public transportation, ” Renaldo said on Wednesday.

A resident of South Tangerang, Banten, Renaldo said he used the KRL commuter train and the city-owned Transjakarta, and sometimes took ojek (motorcycle taxis) as well during his commute to work when he could not drive his car.

He said he disagreed with the expansion of the odd-even regulations because public transportation was not ready yet and it was packed with people, which tired him by the time he reached his destination.

He said he also used his private car for many other reasons, such as to take his wife to work and children to school, and his work also required him to be mobile as well.

“I was more comfortable before the expansion of the odd-even than I am now, ” Renaldo said.

Some, however, still refuse to commute using public transportation because of a lack of convenience.

Ebit Suparwan, 38, an office worker from South Tangerang, said he opted to use the employee shuttle bus provided by his office rather than the Transjakarta bus after he was no longer able to use his car on odd-numbered dates.

“I’ve tried to commute using Transjakarta buses, but it was not effective. I could wait for 30 minutes for the bus to arrive at the bus stop and sometimes I still could not get in because it was too full, ” he said.

Ebit said after the implementation of the odd-even regulations, a lot of his colleagues chose to buy another car with a different licence plate number rather commute to the office by using public transportation.

With commuters grappling with the expanded regulation, various public transportation services in Jakarta have seen increases in passengers.

Jakarta Governor Anies Baswedan said Transjakarta had a 3.95% increase of passengers on corridors aligned with the restricted roads.

The bus service recorded taking on about 892,000 passengers a day, which is higher than the average number of about 840,000 passengers during the trial period of the scheme.

Agung Wicaksono, president director of PT Transjakarta, said on Wednesday that thanks to the policy, it recently record its highest number of passengers ever.

“Thanks to the success of the odd-even traffic scheme, last night Transjakarta buses just broke their highest number of passengers ever, amounting to more than 900,000 passengers a day, ” Agung said recently.

an increase in passengers after the trial run of the expanded policy on Aug 12.

“The average number during the trial increased by 7.4% compared to the 2019 average passenger numbers, ” she said on Tuesday. — The Jakarta Post/ANN 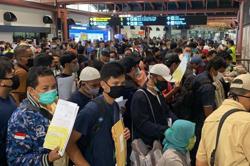 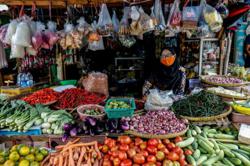