A young girl is being treated in hospital after being tossed over a third-floor balcony at a shopping centre in southern China by a man who then leapt after her.

The incident happened about noon on Saturday in the city of Foshan, Guangdong province, local police said in a statement.

As the child, whose age was not given, came out of a toilet on the third floor she was grabbed by her assailant, who was identified as a 36-year-old surnamed Li.

“During an initial investigation, the suspect said that heavy financial pressures had led him to consider committing suicide,” the statement said.

“At about 11am [on Saturday] he went to the shopping mall and began pacing up and down on the third floor. About 12 noon, he saw a girl emerge from the toilets, grabbed her and threw her from the third floor to the ground floor before jumping down himself.” 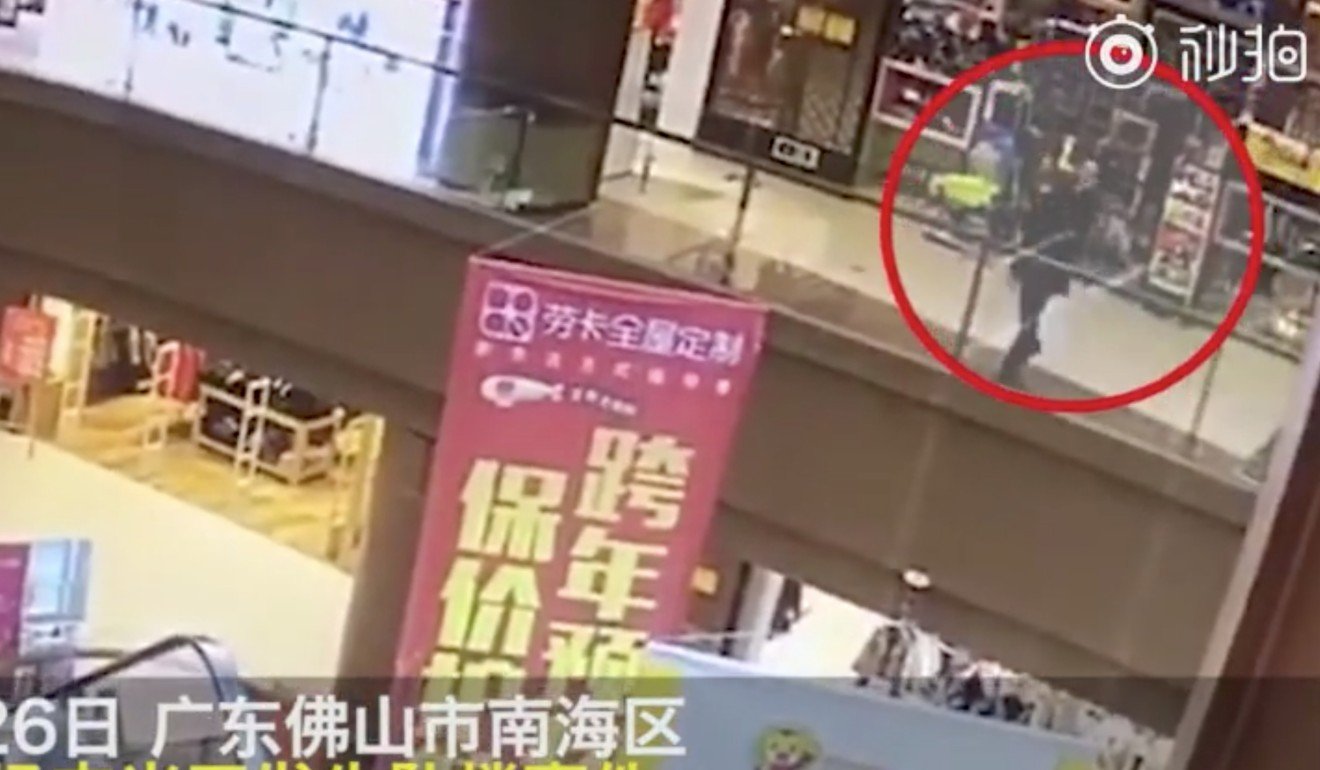 The girl sustained injuries to her head and buttocks in the fall, but her condition was not critical, the statement said, adding that Li sustained multiple bone fractures.

The incident was caught by surveillance cameras in the shopping centre and uploaded to Chinese news website Thepaper.cn on Sunday.

The footage showed the moment the girl was thrown over the barrier, then her attacker jumping after her.

The report said that Li was unknown to the victim.

People gathered around the man and the child as they lay on the floor before police and other emergency services came to their aid.

Li was detained on suspicion of intentional homicide, the police statement said, adding that an investigation was under way.

A social media user questioned Li’s motive for the attack.

“If you are under lots of pressure, it is up to you to solve that,” the person wrote on Weibo, China’s Twitter-like platform. “Either see a psychiatrist or go somewhere alone to do the deed. Why did he have to hurt innocent people?”