A shop owner in southern Japan who installed a vending machine that sells pre-cooked insects as snacks has been stunned by its success.

Crickets, diving beetles, insect pupae and rhinoceros beetles, each pre-cooked and sealed in pouches, are among the 10 items the machine has to offer. To cater to those with a sweet tooth, some of the insects are coated in chocolate.

Toshiyuki Tomoda installed the machine in November outside his balloon shop in the city of Kumamoto because he was curious about the appeal of edible insects, the SoraNews24 website reported. He was shocked when it sold more than 500 packets in its first month.

Tomoda said the crickets tasted similar to shellfish and were best enjoyed “with a bit of mayonnaise or a dash of red pepper”, although the giant water bugs were probably left to people with adventurous palates. 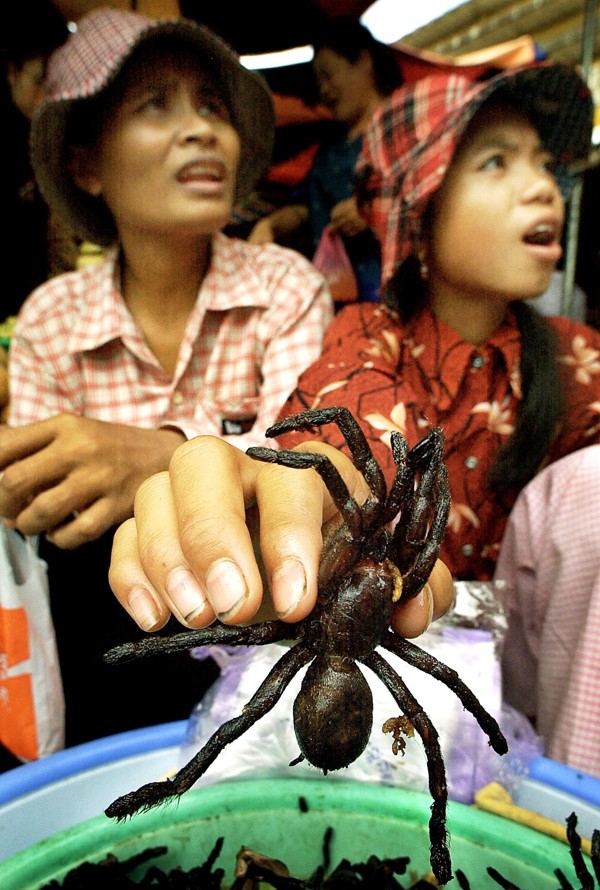 Shoichi Uchiyama, who works in publishing, has for years been advocating the joys of eating insects, saying they are a nutritious answer to the world’s worsening food shortages.

Uchiyama, who regularly holds insect-tasting sessions for the curious, points out it takes vast areas of land and huge resources to raise cattle for beef, while insects consume the things humans will not touch and can be raised in much smaller spaces.

Insects have been consumed for centuries, with huge spiders considered a delicacy in parts of South America and water bugs popular in Thailand. Uchiyama says he has tried most of the approximately 1,000 species of insects that are considered edible. His favourite are gently boiled spiders.