Fast cars, a mansion and cash from the sky: Who is HK’s Coin Young Master?

A flashy car, a flamboyant mansion and cash for show – a young cryptocurrency promoter left a strong impression on Hongkongers on Saturday, after he was linked to at least HK$6,000 in cash being tossed from a building in Sham Shui Po, the city’s poorest district.

Wong Ching-kit, who denied he was behind the stunt that sent onlookers on the streets below into a cash-grabbing frenzy, was arrested on Sunday after he made a second appearance in the area.

The drama continued after he was granted bail and released on Tuesday. Wong then donated HK$92,000 to a restaurant in Sham Shui Po to feed the poor.

As intended, the incidents raised interest in Wong, but did he bite off more than he can chew in his run-in with police?

Who is “Coin Young Master”?

Wong, 24, is best known as “Coin Young Master” online – a name proudly displayed on his mansion in Sai Kung in the New Territories. Lending to his flamboyant image are a bevy of luxury cars, including a Maserati and Mercedes-Benz, parked outside the lavish home.

Since early this year, Wong has been running a Facebook page and various online groups promoting investment in cryptocurrencies, including “File Cash Coin”, which he claimed to have co-founded.

The name was also emblazoned on Wong’s luxury car which he drove into Sham Shui Po on Saturday, and mentioned in a promotional video he had posted.

Though many thought the incidents were a bid to promote the cryptocurrency, the value of File Cash Coin plummeted on Sunday to US$4.74 from its peak at US$14.69.

Search records list Wong as director and owner of Coin’s Group, a company with an office in Tsuen Wan.

Francis Fong Po-kiu, president of the Hong Kong Information Technology Federation, warned that the trading of File Cash Coin was unregulated, as those behind it had never gathered funds from the public by way of an “initial coin offering” – similar to a public offering for stocks.

“By skipping this step, they may have avoided falling under the Monetary Authority’s regulation,” Fong said.

Andrew Powner, a veteran criminal defence lawyer from law firm Haldanes, said cryptocurrency was unregulated but perfectly legal in Hong Kong for the time being, although it had a reputation for being linked to criminal activities.

Asked by the press on Tuesday if his cryptocurrency business was a scam as some have claimed, Wong said: “I deny all the accusations. If a person thinks he was victim to a fraud, he should report it to police.”

Before he was known as “Coin Young Master”, Wong was born Kwan Tsz-kit, and previously worked as a swimming instructor. He was convicted of theft and sentenced to 160 hours of community service in 2012 and changed his name afterwards.

Is Wong behind the money-tossing stunt?

Moments before stacks of banknotes fluttered off a building on Saturday, Wong was seen stepping out of a flashy car and making a short speech in the area.

“Do you believe money can fall from the sky?” he asked onlookers in Sham Shui Po, in a video he posted online.

But after the incident, he denied any involvement, saying he was not the one who tossed the money.

Wong then announced he would be handing out meal coupons outside a restaurant in the district at 4pm on Sunday, but was detained when he showed up.

Police said they suspected Wong was behind Saturday’s stunt, adding more people could be arrested.

Why was Wong apprehended?

The police took Wong in for disorderly conduct in public.

The offence is punishable by a maximum fine of HK$5,000 and 12 months’ imprisonment.

Veteran criminal barrister Osmond Lam said Wong’s high-profile promotion both at the scene and online suggested his role in the stunt, and that his actions were likely to cause chaos in public.

“If he was handing out the money in private, who cares?” Lam said. “He was doing it all in public, apparently to attract media attention.”

Lam added that Wong could be further investigated for other potential offences related to cryptocurrency, as police had searched his Tsuen Wan office on Monday.

Did onlookers break the law by picking up the money?

Although some lawmakers said they believed those who picked up the banknotes run the risk of committing theft, Lam disagreed. “If the money fell out of a transport van, then it belongs to the bank. But this cash was thrown off a building, [supposedly] as a gift.”

Echoing Lam’s view that passers-by would not be held accountable, lawyer Daniel Wong Kwok-tung said the police probably stopped people from taking the money away as a “precaution”.

He added that there was a chance the owner of the money had not authorised the act of giving it away. “Then the money will still be viewed as his or hers.”

Police said about HK$6,000 in banknotes were collected at the scene.

Were there similar cases of cash spilled onto streets?

A spill from a transport van hired by the Bank of China sent motorists and passers-by into a frenzy on Christmas Eve in 2014.

Three people who helped themselves to the money were convicted of theft in 2015.

One of them, a janitor, had his one-month jail sentence suspended for 18 months for taking HK$8,000.

Another person, who ran off with HK$161,500, was sentenced to five months in jail.

The third man who bagged HK$500,000 had his sentenced reduced to 240 hours of community service after spending two weeks in jail. 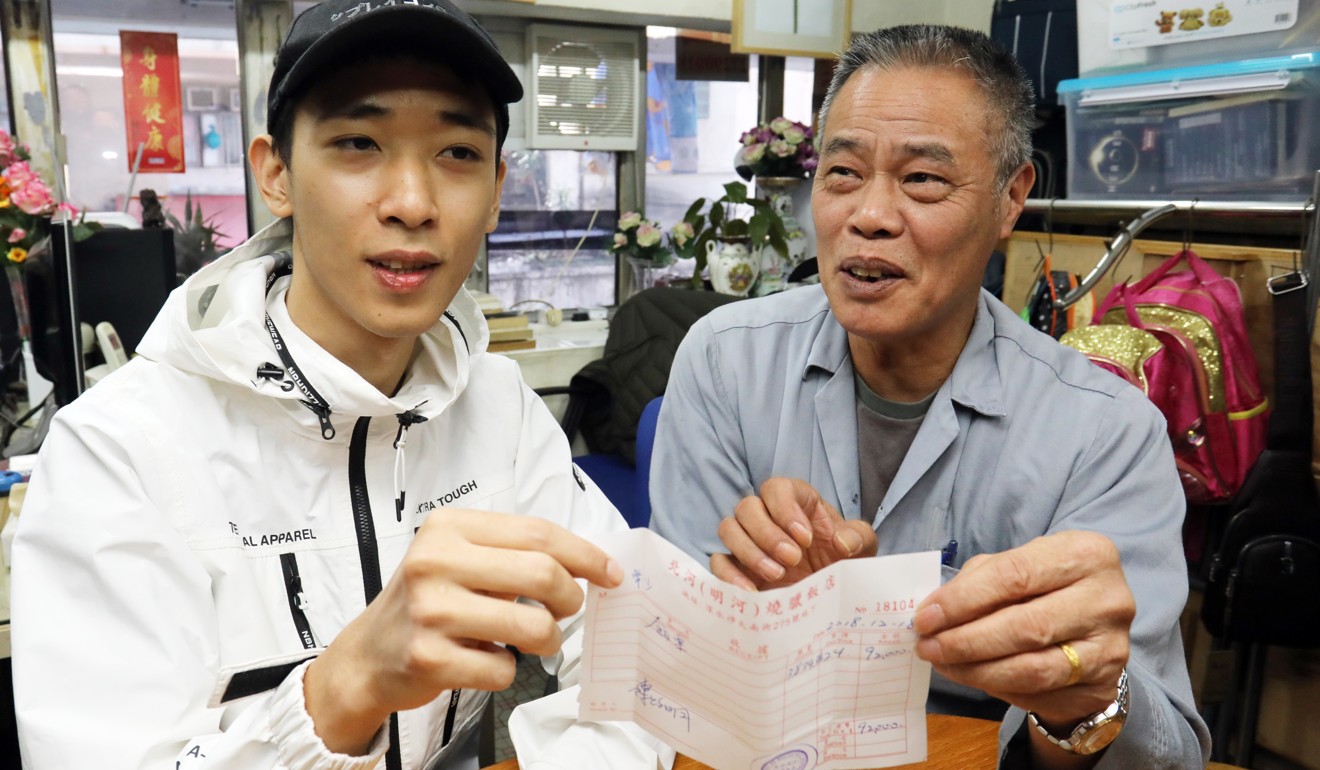 Wong is on bail and has to report to police regularly. No charge has been pressed against him as of Wednesday.