American comic book legend Stan Lee passed away on Monday at the age of 95 after a lifetime of dreaming up Spider-man, X-Men, the Hulk, and thousands of other Marvel super heroes, but his last superhero – unveiled not long before his death – was a Chinese female character.

Last month Lee introduced fans to a new superhero inspired by Chinese pop singer G.E.M. The character, called Jewel, is a world-touring pop star by day and a superhero in disguise by night. In the storyline, she developed superpowers after a mysterious incident involving her grandmother and a charm bracelet.

Singer-songwriter Gloria Tang Tsz-kei, who goes by her stage name G.E.M., has millions of fans across China and is sometimes referred to as “China’s Taylor Swift.”

Lee’s studio said on microblogging site Weibo that the Marvel creator had always wanted to create a Chinese superhero, and his encounter with G. E. M in Hong Kong last December became a source of inspiration. The studio has yet to reveal further details on Jewel and her superpowers.

“Never had I thought I would become a superhero one day! Super excited!” G. E. M said on Instagram at the time.

G.E.M.’s new character is not the first attempt by American comic publishers to woo a Chinese audience with local superheroes. In May Chinese gaming giant NetEase released two sets of comics on its online comic platform, featuring a group of original Chinese superheroes co-created with Marvel. Among them was a mysterious female character called Cyclone, the guardian of an eastern financial hub who can feel and control air currents.

Chinese fans took to Weibo to mourn the Marvel godfather. On Tuesday morning, “Stan Lee passing away” was the No. 1 trending topic on the site, garnering more than 470 million views. Many related Lee’s death to the loss of Jin Yong, a Chinese legend in kung fu fantasy who died at the age of 94 last month.

“Two legends of this era from two hemispheres are now together in heaven,” one blogger wrote. 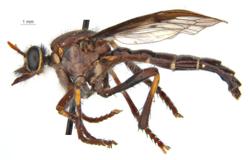 Who are the New Mutants, the next Marvel superhero team to hit the big screen?