Born to an American father and a Korean mother in 2008, Ella was first featured on a magazine cover when she was just two.PHOTOS: INSTAGRAM/ELLAGROSS.

LOS ANGELES (The Straits Times/Asia News Network) She may be only 10 but Korean-American Ella Gross has already captured hearts around the world with her doe-eyed look and dainty features.

The Barbie-like child model, who lives in Los Angeles, shot to online fame in recent years, amassing at least 997,000 Instagram followers and 15,600 likes on her Facebook page.

Born to an American father and a Korean mother in 2008, Ella was first featured on a magazine cover when she was just two, according to entertainment news site pop.inquirer.net.

She stopped modelling for a while during her kindergarten years, then went on to represent some of the biggest American clothing brands, such as GAP, Levi's and OshKosh B'gosh.

Many people have said that she resembles South Korean actress Song Hye-kyo, the star of hit drama series Descendants Of The Sun.

It seems that Ella has just received her luckiest break yet, as South Korean entertainment company YG Entertainment has confirmed that it has signed an exclusive contract with her under one of its sub-labels, The Black Label.

Now one of the three biggest K-pop agencies in the industry, YG Entertainment is home to hit boyband Big Bang and girl group Blackpink, among others.

Realized I haven’t heard a peep from Ella’s room in a couple of hours so I go in and ask what she’s doing. “I’m listening to Hamilton.” 1. I love that she knows how to be alone and enjoy time to her self. 2. I love her curious little mind ??

In a statement shared with online entertainment portal Soompi on July 23, YG Entertainment said: "We have signed an exclusive contract with Ella Gross, who is receiving warm attention as a model of global fashion brands."

A month earlier, fans had been speculating that Ella had signed with The Black Label after she posed for an Instagram photo with Blackpink's Jennie and tagged the label in the post.

Soompi reported that Ella's talents in singing, dancing, acting and playing the guitar have also caught the eye of the label.

The Black Label's head Teddy Park had said: "She has a special voice that is completely capable for being a singer as well."

Her mother Wynne Gross, who manages her Instagram account, said in a post on Oct 15: "Ella will be 10 this year. Where did the time go? I'm so proud of her!! She has a work ethic like I've never seen and she is the most humble, yet confident little being."

Despite her success, Ella continues to find time for her favourite hobbies, such as reading.

According to a recent Instagram post, some of the books she has read this year include Suzanne Collins' The Hunger Games, Malala Yousafzai's autobiography I am Malala and Lemony Snicket's A Series Of Unfortunate Events.

Her mother quipped in the post: "I tried to get her to read John Grisham (one of my favourite authors) book for kids and she wasn't interested." – The Straits Times/Asia News Network 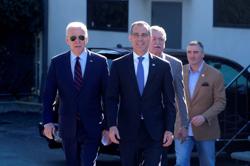 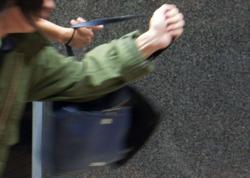