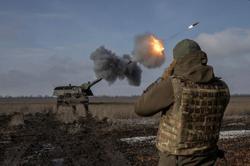 FILE PHOTO: Lawyers attend the judges' inspection of the reconstruction of the MH17 wreckage, as part of the murder trial ahead of the beginning of a critical stage, in Reijen, Netherlands, May 26, 2021. - REUTERS/Piroschka van de Wouw/Pool

STRASBOURG (France): The European Court of Human Rights (ECHR) in Strasbourg found partially admissible the joint lawsuit of the Netherlands and Ukraine against Russia, which, among other things, concerned the 2014 MH17 plane crash, reported Sputnik, quoting RIA Novosti on Wednesday.

"In its decision in the case of Ukraine and the Netherlands v. Russia... the Grand Chamber of the European Court of Human Rights has declared the applications partly admissible," the court's press release read.

The ECHR found that some evidence provided by the governments of Ukraine and the Netherlands was admissible.

"It held that there was sufficient evidence to satisfy the burden of proof at the admissibility stage of administrative practices in violation of a number of Articles of the Convention and it declared the majority of the complaints by the Government of Ukraine admissible. Likewise, the evidential threshold for the purposes of admissibility had been met in respect of the complaints of the Government of the Netherlands concerning the downing of MH17 which were therefore also declared admissible," the ECHR said.

The MH17 passenger flight from Amsterdam to Kuala Lumpur, Malaysia, crashed in the Donbas conflict zone on July 17, 2014. All 298 passengers, mostly Dutch citizens, and crew members on board were killed. - Bernama 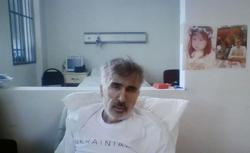