PETALING JAYA: Touch ‘n Go (TnG) has been given a week to come up with an action plan to address service issues, says Datuk Seri Salahuddin Ayub.

The Domestic Trade and Cost of Living Minister, in a statement Wednesday (Jan 25), said that a meeting was held between the ministry, TnG representatives, the Works Ministry and the Malaysian Highway Authority (LLM) where several issues were brought up.

Among the issues brought up during the meeting included the difficulty in obtaining TnG cards and Smart Tag devices on the market, the time taken to transfer previous balances into new TnG cards and the use of the TnG Visa debit card to pay for tolls.

In response, TnG has been instructed to implement several follow-up actions.

They include adding more sales points and advocating and notifying users on their card's expiry dates.

It also said that TnG has been told to explain to users that the Visa TnG card is only for purchases, services and money withdrawals.

"The government recommends that the name of the Visa card be changed to not confuse users as the words Touch‘n Go is synonymous with toll payment," he said.

He added that the ministry will take action against any party that is found to have been selling TnG cards above the stipulated price.

Meanwhile, the statement added that the Works Ministry is monitoring the full implementation of the RFID system for toll payment and that all toll plaza and concession companies must immediately upgrade their RFID capabilities to avoid congestion. 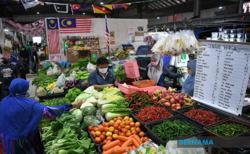 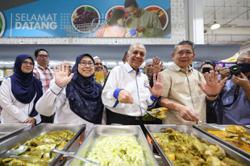