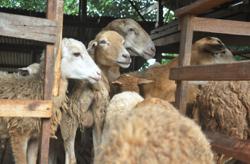 JERTIH: A man cheated death when the trailer he was driving overturned and spilled its load of timber logs along the Kota Baru-Kuala Terengganu road near Kampung Gong Nering here Wednesday (Jan 11) morning.

In the incident at about 4.15am, the driver, Mohd Hafizee Ishak, 33, of Kuala Krai, Kelantan, escaped with light injuries.

Besut OCPD Supt Abdul Rozak Muhammad said the man was driving the trailer alone from the direction of Kota Baru.

He added that the accident which did not involve other vehicles.

"In the incident, the trailer was on its way from Kuala Krai to send the timber logs to a sawmill in Ajil, Hulu Terengganu.

"The driver is believed to have lost control of the lorry and it then overturned at a junction and about 30 pieces of timber logs fell on the road,” he said when contacted by Bernama.

Supt Abdul Rozak said police personnel were stationed at the incident area to control traffic before the timber logs could be moved safely away from the road.

Meanwhile, Hafizee was grateful to be safe in the incident which almost took his life when the timber logs fell in front of the trailer.

"At that time, I could only think of the timber logs crushing me and other people. I drove slowly as the lorry was loaded with timber but the road was uneven which caused the trailer to be unstable and overturn,” he said. - Bernama 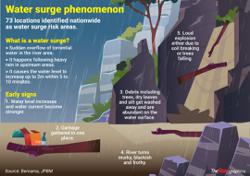