KOTA KINABALU: Steps are already in motion for what is being billed as a move by the ruling Gabungan Rakyat Sabah (GRS) state government to cut its political ties with Perikatan Nasional.

It is learnt that the Sabah chapter of Parti Pribumi Bersatu Malaysia (Bersatu) led by Datuk Seri Hajiji Noor(pic) is looking at becoming direct members of GRS as part of the efforts to make the coalition local.

The move, should it materialise, will make the GRS coalition, which is part of the Sabah government, a wholly state entity.

Sources said that the GRS constitution allows for the coalition to operate as a political party, though currently its membership is based on political parties.

Social media has been talking about Sabah Bersatu members joining as a bloc, but this has been denied outright by GRS secretary-general Datuk Seri Masidi Manjun.

"The Usno rumour is absolutely not true. Give us a few more days on direct membership of GRS," Masidi said when contacted.

However, he did not want to discuss the move by Sabah Bersatu assemblymen, MPs as well as party members to be under GRS and how the coalition structure will work.

Sabah does not have an anti-hopping law and this will allow the assemblymen who won the seats on a Perikatan Nasional ticket in the Sept 2020 state snap election to move out of the party and officially become GRS members.

The MPs also will not be affected as they contested on the GRS symbol during GE15, sources said.

Such a move also would not affect the GRS-Barisan Nasional state government as the Chief Minister position would not come up for any contest.

"Basically, they remain within GRS but will no longer be members of Bersatu," one source explained.

But the stand was seen as contradictory, especially for Sabah Bersatu as the party's national leadership under Tan Sri Muhyiddin Yassin was in opposition to Anwar's unity government.

Another GRS component Sabah STAR led by Datuk Seri Dr Jeffrey Kitingan, who is also Keningau MP, said that they were leaving Perikatan in their stand to be with the national unity government.

However, SAPP led by Datuk Yong Teck Lee said his party will remain a member of Perikatan but also supported the GRS support for the unity government. 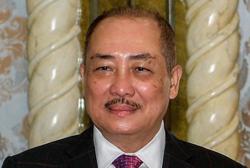